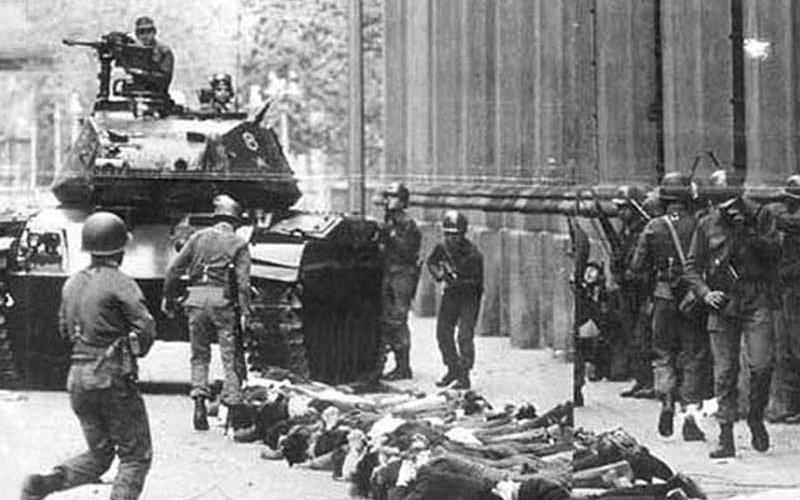 Freshly declassified National Archives documents show just how closely the Australian Secret Intelligence Service (ASIS) worked with the CIA in the lead-up to the coup-d’état in Chile in September 1973.

On the eve of the coup’s 48th anniversary, the documents are another mark of the Australian government’s obsession with secrecy.

As The New York Times wrote two years ago, “no other developed democracy holds as tight to its secrets”. Just how deep this culture of secrecy goes is being tested by Professor Clinton Fernandes, who has been petitioning for the release of intelligence records on clandestine activity in Chile at the behest of the CIA to overthrow Salvador Allende.

In short, 50 years ago, the documents show that the Australian Government set up an intelligence station in Santiago at the behest of the CIA, spied on Allende and conducted covert operations, and then played a role as a liaison between the CIA and Pinochet.

Fernandes has pressed the government to declassify historical national security files on secret ASIS operations in Indonesia, Cambodia, and Chile:

“Many Australians would be entitled to express legitimate concern if ASIS … were exposed as having cooperated with the CIA in toppling the democratically elected government of Chile led by President Salvador Allende.”

In his challenge to the government’s contention that, a half century later, any release of documents would still “harm” Australia’s ability to conduct international relations, Fernandes cited the declassification of thousands of top secret CIA documents in the United States during the Clinton administration, and even submitted copies of the National Security Archive’s own book, The Pinochet File: A Declassified Dossier on Atrocity and Accountability, as evidence that transparency would strengthen, rather than damage, Australian democracy.

The government of Salvador Allende was democratically elected in 1970. Allende was a declared Marxist who had co-founded Chile’s Socialist Party and won the election in a left-wing coalition known as the “Popular Unity” (Pacto de la Unidad Popula). It was the first popularly elected socialist government in Latin America and had widespread popular support. Allende set out to reform the government through democratic means, but met strong opposition from established power structures, including the military.

Fearing the nationalisation of valuable mining assets, President Richard Nixon’s administration prevented the renegotiation of national debt and placed an embargo on goods from nationalised companies. This forced Allende having to increase money supply, leading to inflation, economic decline and food shortages.

Nixon also ordered the CIA to conduct clandestine operations in the country with the clear aim of over-throwing the government. It enabled General Augusto Pinochet to declare himself president and abolish democracy for the next 17 years. What we now know is that the CIA had help from Australia.

At the behest of the CIA, ASIS established a “station” in Santiago in 1971 and conducted spy operations to directly support US. intervention in Chile, according to declassified Australian records made public for the first time by the National Security Archive.

Following a CIA request for support in the fall of 1970, the declassified memos and reports indicate, ASIS officials obtained approval from Liberal Party foreign minister William McMahon in December 1970 to secretly open a station in the Chilean capital. In the spring and summer of 1971, ASIS officials sent agents and equipment to Chile to organise the station.

According to the released documents, the operations appear to have involved handling several CIA-recruited Chilean assets in Santiago and filing intelligence reports directly to CIA headquarters in Langley, Virginia,

But in the spring of 1973 the new Labor Party prime minister Gough Whitlam ordered the director of ASIS to close down the Chile operations.

Whitlam was “uneasy” about Australia’s involvement, because if it were to:

“receive any publicity as a result of these matters, then he would find it extremely difficult to justify our presence there” – Declassified memorandum of conversation written by then ASIS director-general William Robertson

Whitlam was, however, very aware of the importance of this [operation] to the Americans and he was most concerned that they should not interpret his decision as being anti-American He also made it clear he didn’t support Allende.

The Australian ASIS station appears to have been closed down as of July 1973, although one ASIS agent reportedly stayed in Santiago until after the September 11 military coup. “All remaining station records etc. have been destroyed,” a Santiago cable advised headquarters on shutting down its spy operations. “… Station has been closed as planned.”

In 1977, Whitlam (then opposition leader) briefly acknowledged the Chile operations in Parliament:

“… Australian intelligence personnel were still working as proxies and nominees of the CIA in destabilising the government of Chile.” – Gough Whitlam to Parliament

An investigative history published in 1990, Oyster: The Story of the Australian Secret Intelligence Service, by Brian Toohey and William Pinwell, was subjected to the Australian government’s pre-publication censorship and most of the details on ASIS’s CIA-Chile operations remained secret.

According to Fernandes, “The Australian government insists on secrecy to avoid having to admit to the Australian public that it helped destroy Chilean democracy.” He is now awaiting a decision by the Administrative Appeals Tribunal for further declassification of the historical record on Australia’s covert role in Chile.

“The primary beneficiary of this secrecy is the Australian government, which enjoys security from democratic accountability, and security from robust, evidence-based debate as to how the intelligence services should be used. This is not national security in any meaningful sense.” – Clinton Fernandes

For the full story, including many of the (redacted) documents and more supporting documentation, click here. 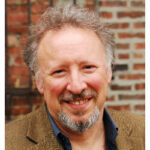 Peter Kornbluh is the director of the (US) National Security Archive's Chile Documentation Project and Cuba Documentation Project. He played a large role in the campaign to declassify government documents, via the Freedom of Information Act, relating to the history of the U.S. government's support for the Pinochet dictatorship in Chile.