Australian Labor and Palestine in 2021 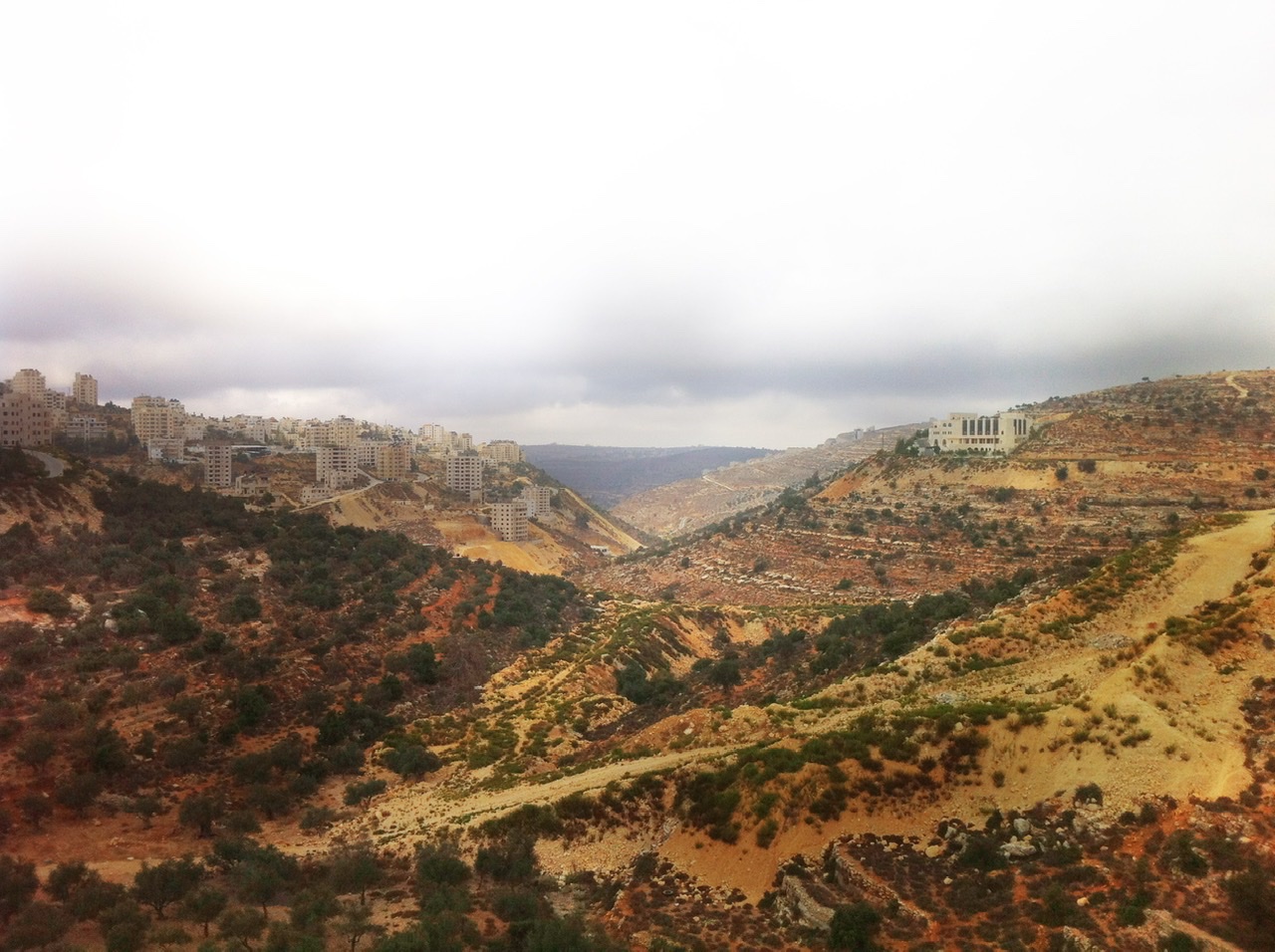 I cannot imagine anyone in the ALP in 2021 who does not hope for the emergence of a Palestinian state? How this outcome might occur is where differences emerge.

NSW Upper House MP Shaoquett Moselmane post – Labor’s National Conference reaffirms the Party’s call for recognition of the State of Palestine expresses delight that the new ALP Platform incorporates a position calling for the recognition of Palestine. Bob Carr, on Twitter, refered to the policy as now “enshrined in party platform”.

Yet the headline to and argument in Stuart Rees’ post – Labor makes another flimsy commitment to Palestinians – suggests not much is new or was conceded.

In some other publications, in the Australian Jewish News for example, former Labor MP Michael Danby alleged the adoption of Labor’s new policy as a “day of infamy” (AJN, 1/4), whereas his MP successor, Josh Burns, says people are over-reacting (AJN, 8/4).

The main pre-Conference debate was whether to change the 2018 position decided at the previous ALP Conference, or to update the policy, accounting for the Abraham Accords between Israel and a variety of Muslim-majority states, for example. Some activists wanted to reference the International Criminal Court (ICC) decision in early February 2021 to claim jurisdiction and power to investigate human rights violations, by Israel and the Palestinian authorities, in the West Bank, east Jerusalem and Gaza.

In the end, in words, not much changed. But their new-found significance in party policy became the issue.

Going into Conference the 2018 Platform read:

“Labor supports an enduring and just two-state solution to the Israeli-Palestinian conflict, based on the right of Israel to live in peace within secure borders internationally agreed by the parties, and reflecting the legitimate aspirations of the Palestinian people to also live in peace and security within their own state.”

At this Conference both wordings are included in the “Australia and the World” 2021 Platform. The Platform item is unchanged from 2018, but in the section of Platform now headed “Statement of Detail”, the 2018 resolution is now included.

For this conference, the Conference organisers signalled that they wanted the Platform (covering every area of policy, not just what used to be called foreign affairs) to shrink from the 309 pages of the 2018 document. Much time was spent refining and reducing the verbiage with the aim of producing a document around a third of what existed previously. The new draft Platform is divided between a kind of Principles section followed by “Statement of Detail” items – all part of a new Platform, now amounting to less than 120 pages.

Throughout Labor’s history, the Platform has been considered binding on MPs and resolutions are declarative of positions which Labor governments should consider. In this case, a resolution adopted in 2018 was inserted into the Platform on Israel/Palestine, which led to the argument as to whether there would be a limitation imposed on the discretion of a future ALP Foreign Minister and a future Labor Cabinet.

The proposed Israel/Palestine Platform change aroused suspicions. Especially when Bob Carr and others boasted about its significance in an article in The Australian on 4/3.

Before the conference some people on the ALP Right in Victoria, and some in NSW, argued that the Platform position on Israel/Palestine should be non-controversially the same as last time.

The words in the 2018 Resolution and in the 2021 Platform – “calls on” and “expects” (as above) – are weak and give plenty of wiggle room to a future Labor Foreign Minister.

Crucially, the words “Supports the recognition and right of Israel and Palestine to exist as two states within secure and recognised borders” booby traps any reckless unilateral recognition of Palestine. How can you recognise an entity without “secure” and “recognised” borders? Those words were drafted in 2017 by NSW Labor members of Centre Unity as an amendment to the Carr position put forward to the NSW Conference. The 2017 NSW ALP “compromise” floated up to the National Conference in 2018 and was adopted there.

One of the delegates in the Shop Assistants Union (SDA) proposed a different resolution which “…supports the right of Israel and Palestine to exist as two states within secure and recognised borders”, and calls on the next Labor Government to recognise Palestine as a state;

Israel clearly needs to reaffirm its past commitment to a two-state solution.

In recognising Palestine, the following considerations will be among the factors that will determine when and in what circumstances recognition will take place:

The Special Platform Conference expects that resolving these issues will be an important priority for the next Labor Government.

The SDA withdrew the Resolution at the last moment based on assurances that Senator Wong would clarify matters in her speech.

“I rise in support of amendment 56A, which is an amendment which ensures that Labor’s platform will replicate the national conference decision of 2018.

It has no greater or lesser weight.

And it reflects the leaders’ longstanding position that any lasting resolution to the Middle East conflict cannot be at the expense of either Palestinians or Israelis. And it reflects this conference’s prior expression of its view on statehood, whilst recognising this is a decision for a future Labor government.

An Albanese Labor government will take a principled approach to these issues.

Now I know this is an issue about which many in this party care deeply and I acknowledge the depth in sincerity that so many bring to this. And I thank advocates from all perspectives who for the most part have demonstrated maturity and collectivity.

And I particularly want to thank Richard Marles, Misha Zelinsky, Tony Burke and Wendy Turner for their leadership.

Ultimately, we all share a hope for a just and enduring two-state solution. And with that, I think that is the debate for chapter seven and I simply make this point, we face the most challenging foreign policy circumstances this nation has faced since World War Two, and it is only the Australian Labor Party that has the vision, the values, the courage and the discipline to tackle that challenge for the nation.”

Michael Danby wanted to speak against the position decided but he did not get the chance. (This led to an eruption of post-Conference bile about censorship and explains part of the emotion of what Danby has been saying). Obviously, it was ridiculous that any delegate who wanted to speak could not do so, especially on such a sensitive matter.

A few of us hankered over no change (including me), but the result was not the end of the world.

In my view, it is fair to acknowledge that the ALP Foreign Affairs spokesperson (Senator Penny Wong) and the Deputy Leader (Richard Marles) are essentially reasonable people and are probably stunned by the post-Conference reactions. It is unsupportable to allege that Australian Labor is now pursuing a “Corbynist” line, as Michael Danby recently said on Sky and in social media.

Most ALP friends of Israel and Palestine were reconciled to what Senator Wong said on the day.

Separately, there is some recrimination about who said what to whom in the lead up to Conference. There is always so much more that can be said in background. But most readers tire of such trivia.

Hopefully, in the main, this note is a coherent exposition of the circumstances, events, the decision, and implications of Federal ALP policy on Israel/Palestine.

Overshadowed in the post-2021 ALP Conference assessments in the mainstream media and in P&I are the interesting positions Labor adopted on Iran, Hezbollah, China, and on other parts. I am not sure if the authors referred to at the beginning of this article see those policies as pearls or irritations. But I can guess.

Michael Easson wrote for Pearls and Irritations on ‘Israel, Gaza and Australia’ 30 May 2018.

Michael Easson joined the ALP in late 1973, served on the NSW and National Foreign Policy and Defence and the Education Committees, and over the years was an alternate and full delegate to ALP National Conference. He is chair and co-founder of EG Funds Management and the independent chair of the Association of Superannuation Funds of Australia, and former chair now director of Willow Technology Corporation which he co-founded.