Australian Media in the Asian Century. 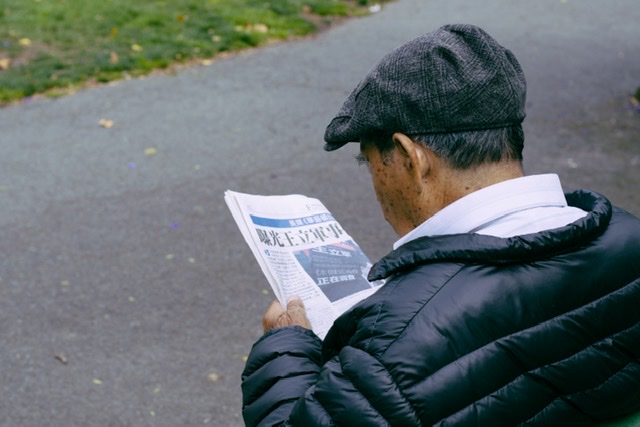 This week’s media roundup sees the welcome return of journalist Max Suich. In response spluttering snipes from the anti-China hawks’ nests at ASPI and the ANU’s National Security College were weak. There were also several book releases around growing tensions between Australia and China and new information on the ASIS bugging of Timor-Leste in 2004.

The getting of wisdom?

After a break up North, the column returns to find the China debate receiving deeper scrutiny all round, to the discomfort of hawks who’ve been getting a pretty free run in the media.

Max Suich of National Times fame came out of retirement for a magisterial four-part series in the Australian Financial Review,  of 16, 17 and 18 May,  on how the Turnbull and Morrison Government had consistently made a worsening situation even worse than it needed to be. Spluttering snipes from the hawks’ nests at ASPI and the ANU’s National Security College were weak.

Books are pouring out of the printing presses. Strangely, Labor’s Penny Wong decided to launch ‘Red Zone: China’s Challenge and Australia’s Future’, by the Sydney Morning Herald’s Peter Hartcher, a journalist who’s done his share of raising war fears and slagging business leaders for complaining about the state of the China relationship.

Wong devoted her speech to attacking the Morrison government for doing the same, though she did have a point of agreement with Hartcher in advocating more funding for Chinese-language public broadcasting to counter the grip on our domestic Chinese newspapers and radio by Beijing’s propaganda apparatus.

Sydney University specialist on China, David Brophy, has meanwhile come out with a title perhaps more attuned to Wong’s message – ‘China Panic: Australia’s Alternative to Paranoia and Pandering.’ We await critical judgment on the books. Both come from Black Inc, a case of a publisher riding two horses on divergent courses perhaps.

Elsewhere, the ANU’s China in the World Institute has put out its latest China Yearbook, edited by Jane Golley and Linda Jaivin, while Jaivin has compressed several millennia into her ‘Shortest History of China’, a book that might be within the attention span of our politicians and journalists. And in a shameful plug, Trevor Watson and Melissa Roberts have put out ‘The Beijing Bureau’, a collection of chapters by present and former Australian correspondents in China (including this writer).

We await yet another book, by News Corp specialist Sharri Markson that claims to reveal how Covid-19 was, or might have been, a Chinese plot, based apparently on a 2015 document put together by a bunch of mid-level Chinese military and medical officials discussing whether such a coronavirus could be weaponised. The document is freely available on the internet and has been widely dissed.

Full marks to Hartcher meanwhile for doing his best to get Scott Morrison to provide him with a catchy lead.

He started a story in the SMH on Wednesday previewing his book:

The article went on:

…in an interview for the new book ‘Red Zone: China’s Challenge and Australia’s Future’, written by this correspondent, Mr Morrison said the two countries were still dealing with each other.

“The relationship still exists, look at trade alone – there have never been bigger volumes. That’s a bit of a proof point. When all’s said and done, there’s still great value in the relationship,” he said.

Asked whether Beijing’s economic coercion resembled the traditional Chinese lion dance, more dance than bite, the Prime Minister replied: “I don’t think that’s an unfair analysis. [But] it’s harder to make [that claim] now than a couple of years ago.”

A good attempt, but not in the league of the late Fred Brenchley’s trap for John Howard, when he got the then PM to agree that Australia was acting as “deputy sheriff” for the United States.

True to form, Cash has drawn a whiteboard screen, so to speak, around court proceedings in which Collaery is contesting an attempt by the A-G’s people to have the essential bits of the trial held in secret. Even this argument is in secret too, and reporters and the public were thrown out of the hearing after two minutes on Monday.

But now some older history has been dragged out into the open, by the AFR’s Angus Grigg and Jemima Whyte, on May 19.

They recall that Alexander Downer was very keen to get the newly independent neighbour stick to the advantageous maritime boundary line won by Labor’s Gareth Evans during Indonesia’s occupation of Timor. To change it to the median line sought by Dili might “unravel” the equally advantageous border east and west of Timor-Leste achieved with Indonesia in 1972.

The disclosure of the 2004 operation led to the unravelling of Downer’s own achievement in 2018 and a new treaty giving Timor-Leste a better deal including more of the Greater Sunrise gas field.

As an unnamed Department of Foreign Affairs and Trade official told the AFR, it was all looking on the nose while Canberra was berating China for not observing the Law of the Sea in the South China Sea. “We could no longer live with our own hypocrisy,” the official said.

Now the AFR team have broken the news that Indonesia quietly re-opened talks on its boundary in 2019 as a result of the new Timor-Leste deal. DFAT is trying to pretend it’s just minor tidying up. The Indonesian officials are indicating it’s much more fundamental than that, and that Jakarta might want to line up with Timor-Leste on the median line.

The AFR reports didn’t mention that there’s an ASIS precedent in the negotiations leading up to Indonesia’s 1972 maritime boundary treaty with Australia as well  As mentioned in the 1990 book Oyster: The Story of the Australian Secret Intelligence Service by Brian Toohey and William Pinwell, ASIS obtained the Indonesian position papers during the negotiations, presumably by bribery.