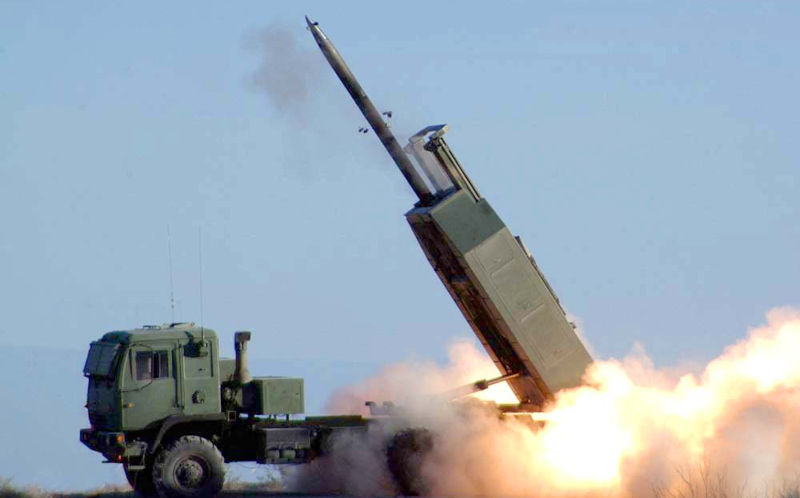 The announcement this month by the Albanese government that Australia would be acquiring HIMARS (High Mobility Artillery Rocket System) batteries from the United States can be put down to a few factors. One is that sense of being left out of the club. If European states can have such launchers with seemingly devastating effect, why not us?

The other aspect is more serious. To acquire such weapons is yet another affirmation of Australia’s status as a US outpost, military annex and uniformed adjutant, willing to go into battle with lethal American merchandise in the next major conflict.

The timing of the announcement this month seemed curious enough. Could it have been coincidental that it came soon after the Ukrainian strike using the HIMARS system that destroyed a makeshift Russian garrison with lethal consequences? In truth, as with so many things produced by the US military-industrial complex, Australian defence officials were already hankering for HIMARS system in the first half of 2022.

The HIMARS system is certainly getting its sales, proving to be a bountiful treasure for Lockheed Martin. Its lethal strength lies in accuracy over considerable distances and its ease of deployment. It is also indicative of a broader missile fetish that has gripped Canberra. To make the point, the Australian government also announced the signing of a contract with Norway-based Kongsberg to purchase Naval Strike Missiles for its naval destroyers and frigates, designed to replace the Harpoon anti-ship missiles from next year. Perceived obsolescence remains the militarist’s nightmare and the weapons manufacturer’s hope.

The nervousness towards Russian ambitions in Ukraine has done its bit to boost the purchases for countries historically clutched by the old empire and its interests. Last month, the Baltic states secured deals to attain the rocket system. Such purchases serve two purposes: to reassure the anxious and to fill the pockets of the ambitious. Defence ministers will always cue their performance. “It is a big step for our armed forces, this new system, and it will significantly enhance our national and regional capabilities,” stated Lithuanian Defence Minister Arvydas Anusauskas.

The Australian example, however, is even less comprehensible, unless read through the demands and needs of a foreign power keen on keeping the gunpowder dry for war. Otherwise, there are no threats to speak of, except in the feverish mind of stupefied analysts subsided by foreign powers. Why, then, go for 20 of such systems at the cost of $385 million ($A558 million), which is more likely to be more expensive, given the refusal by government sources to reveal the actual amount?

James Heading, Director of Programs, Strategic Capabilities Office at Lockheed Martin Australia’s Missiles and Fire Control did little to explain the broader necessity for such a system for Australia, turning it into a logistics fun fair for adult children prone to violent urges. What mattered was how good the killing system was, a toy the entire military family could have. “HIMARS employs a ‘shoot to scoot’ capability which enhances crew and platform survivability in high threat environments.”

With gushing admiration, Heading spoke of “a generational leap in capability for Australia, taking Defence from cannon artillery to Long-Range Precision Fires that provide a 24/7 persistent, all-weather capability.” Such historical comparisons are flawed to the point of caricature, but they tend to be predictable in weapons sales and the need to find ever more imaginative ways of killing. For all the posturing, Heading did lift the cover on the broader strategic value of supplying Australian forces with such weapons: the US imperium, namely, demands it. “HIMARS offers the Australian Defence Force the ability to use and share common munitions and to integrate into a coalition effort.”

This poorly-cooked tripe was swallowed by Australian Defence Minister and chief weapon’s fetishist Richard Marles, “The Albanese Government is taking a proactive approach to keeping Australia safe – and the Naval Strike Missile and HIMARS launchers will give our Defence Force the ability to deter conflict and protect our interests.” (No account has ever shown any defence minister authorising purchases against the country’s interests.)

The Australian Defence Industry Minister Pat Conroy was also seduced by the whole issue of capability in the face of fictional demons, till one realises that the only demon being fantasised upon is located to Australia’s distant north and known historically as the Middle Kingdom. To the ABC, he explained with a toddler’s enthusiasm that Australia would now have “an Army ground-launched missile that can reach targets up to 300 kilometres away.”

For all his confidence, Conroy’s Washington masters were also speaking in his ear. “We are part of a developmental program with the United States called the Precision Strike Missile that will allow [the] the army to hit targets in excess of 499 kilometres. So, this will give the Australian army a strike capability they have never had before.”

The US Defence Department was affirmingly clear in its rationale for endorsing the system’s export to Canberra. “The proposed sale will support the foreign policy and national security objectives of the United States,” wrote the Pentagon. “Australia is one of our most important allies in the Western Pacific. The strategic location of this political and economic power contributes significantly to ensuring peace and economic stability in the region.”

The clods in defence are bound to be revelling in all of this. There are no bounds of accountability, no reason to argue against insensible procurements. It’s all about the toys and using them in the next war.