Australian multiculturalism is a success story: it is time to enshrine it as our shared value

What makes Australia unique and special is the ability to celebrate one’s ethnicity and cultural heritage in an Australian setting. I am able to call myself a Chinese-Australian and Asian-Australian without having my loyalty questioned and allegiance to Australia judged.

The last time such reforms were introduced was in 2006 during the waning years of the Howard Government in the form of a formal citizenship test. Many advocates at the time, myself included, saw the test as discriminatory towards new migrants and arrivals from non-English speaking countries.

Race relations proved to be a hot topic in the lead up to the test’s announcement with the 2005 Cronulla Riots and the terrorist bombings in London and Bali in the same year. Such events led to the Howard Government’s attempt to implement “Australian values” to foster social cohesion as a means to counter extremism. Fast-forwarding to 2020, it seems the threat to our social cohesion is not extremism but foreign interference. And like 2006, the Federal Government is implementing measures around English language skills and values that may single out certain members of the Australian community.

Australia has become more ethnically, linguistically and culturally diverse since 2006. With new forces challenging our social cohesion, we need multiculturalism to stand alongside our commitment to democracy, freedom and the rule of law as a value that is representative of all Australia and defines what it means to be Australian.

While Alan Tudge did not name the actors threatening our social cohesion through foreign interference, recent commentary and media coverage would lead us to believe he is referring to the People’s Republic of China (PRC).

Responses by the Chinese-Australian community to the Minister’s remarks have been mixed with some supporting the federal government’s push to increase English language capability while some others have expressed concern over the motives behind these policy changes as specifically targeting their community.

Already we have witnessed the growing distrust of Chinese-Australians within Australian institutions and society resulting from the PRC’s assertive rise. The escalating allegations of improper influence in our affairs by the PRC is causing increasing anxiety to those caught in the crossfire.

Recent revelations about foreign influence into our political system at the local, state and federal levels are deeply concerning and while questions need to be asked and allegations assessed, not all Chinese-Australians should be painted with the same brush, and these cases should not be used as a catalyst to discourage Chinese-Australians participating in our democratic and public institutions.

It is only by strengthening our communities through active participation in our democracy could we tackle foreign influence and protect our sovereignty. We cannot lose trust and disenfranchise members of the Australian community as a result of the actions of a few. If we do, our entire community and country will certainly be worse off.

In protecting multicultural communities from foreign interference, the Morrison Government has to get the message right from the very start to not fuel further mistrust and the social exclusion of some groups.

The Morrison Government’s intentions to better track our social cohesion in a more sophisticated manner is a welcome progress to a much-needed emphasis on multicultural and cultural diversity policies. Despite Australia being one of the world’s most successful multicultural nations, policies to support our cultural and ethnic diversity is not a major priority.

While we still have a long way to go to achieving equality, areas such as gender and Indigenous Australians have made positive progress. Gender equity has very much entered the mainstream Australia psyche with an employer and organisation’s reputation, effectiveness and performance judged on gender representation on boards and senior leadership teams. Indigenous Reconciliation too have gained a place in our psyche and despite the slow progress, there are measures and national policies in place such as Closing the Gap, Reconciliation Action Plans and recently, a five-year strategy to boost the number of Indigenous Australians in senior leadership roles at the Australian Public Service.

Unlike gender equity and Indigenous policies and strategies – which tend to gear towards representation and recognition, strategies and funding programs for multiculturalism and cultural diversity tend to gravitate towards community events, festivals and celebrations. Governments have yet to make commitments to introduce substantive policy actions like the collection of more accurate and accessible data on ethnic and cultural composition of Australia’s overall population and the setting of targets to support and elevate more people from culturally diverse backgrounds in senior leadership roles.

For an Asian-Australian, Muslim-Australian or African-Australian, we can never fully shed the social labels of ‘migrant’, ‘refugee’ and ‘outsider’ until others can see us in leadership and public roles alongside Australians from Anglo-Celtic backgrounds, setting the direction of Australia and contributing to nation building.

We should be having greater conversations about the national values, principles and characteristics that reflect modern multicultural Australia. As a starting point, we need to include the values of multiculturalism, diversity, inclusion and cohesion in an updated version of the Australian Values Statement as a pledge for new Australians.

The Minister was right to point out few nations could claim to enjoy the peaceful unity that characterises Australia’s multicultural society. While the focus is on integration, we do not discourage new Australians to abandon their cultural heritage and mother tongue. What makes Australia unique and special is the ability to celebrate one’s ethnicity and cultural heritage in an Australian setting. I am able to call myself a Chinese-Australian and Asian-Australian without having my loyalty questioned and allegiance to Australia judged.

Multiculturalism is successful in Australia because it is a quintessential Australian value. Former Governor-General Sir William Deane argued in 1997 multiculturalism “recognises the entitlement of all Australians to preserve and cherish with affection, respect and pride their customs, cultures and religions, subject to the overriding loyalties and obligations of their Australian citizenship and duties under valid Australian laws”. Our cohesive multicultural society remains one of Australia’s greatest achievements and as Sir William Deane argued, a national policy of acceptance and protection that promotes national unity and identity.

To meet the challenges to Australia’s cohesion from the COVID-19 pandemic to foreign interference, embracing multiculturalism as our shared value couldn’t come at a more critical time. Australian multiculturalism is a success story, and in addition to celebrating it, it is time for the Australian Government to take the lead to recognise multiculturalism by enshrining it as a shared Australian value to bring and keep all Australians together. 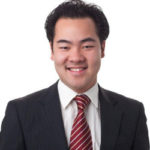 Jieh-Yung Lo is Director of the Centre for Asian-Australian Leadership at the Australian National University.