Australian values: what are they and what has Covid done to them?

Australia is the only common law country with neither a constitutional nor federal legislative bill of rights. Only a few rights are constitutionally protected. For the most part, we have all the rights that Parliament and the common law have not yet taken away. 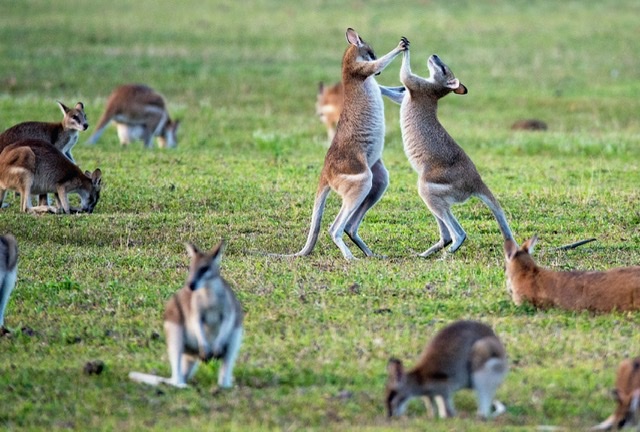 The Covid pandemic has laid bare important realities  – some good, some bad: the veneer of civilisation is thin, at least when it comes to panic buying; shelf-stackers and checkout operators, and cleaners, aged care workers, nurses, truck drivers and teachers are vital – but badly paid and treated; many of us – perhaps most – are only an employment or health crisis away from the whole Lego tower coming down; and welfare and other safety nets are not just for the 5%.

Last month, a Canadian anthropologist, Professor Wade Davis published a challenging article “The Unravelling of America”.  It makes a compelling case that the United States is in serious decline and has been for decades. I accept that analysis. But given the obvious leadership of the US in so many fields that is a surprising conclusion: think of its great universities and cultural institutions, leadership in medical, pharmaceutical and other scientific research, IT, space, finance and business. Think of Amazon, Google, Facebook, Microsoft, Apple and Elon Musk’s Tesla.

Davis attributes the decline of the US largely to problems of values:

“But when all the old certainties are shown to be lies, when the promise of a good life for a working family is shattered as factories close and corporate leaders, growing wealthier by the day, ship jobs abroad, the social contract is irrevocably broken. For two generations, America has celebrated globalization with iconic intensity when, as any working man or woman can see, it’s nothing more than capital on the prowl in search of ever cheaper sources of labor.

“The American cult of the individual denies not just community but the very idea of society. No one owes anything to anyone. All must be prepared to fight for everything: education, shelter, food, medical care. What every prosperous and successful democracy deems to be fundamental rights — universal health care, equal access to quality public education, a social safety net for the weak, elderly, and infirm — America dismisses as socialist indulgences, as if so many signs of weakness.”

If Davis is correct, a country’s values are extremely important.

In March this year, the Australian Department of Home Affairs published the latest version of an “Australian Values Statement” which it said summarises “the values that underpin our society”.  Applicants for permanent visas are required to subscribe to the Values Statement.  It includes the following:

“Australian society values respect for the freedom and dignity of the individual, freedom of religion, commitment to the rule of law, Parliamentary democracy, equality of men and women and a spirit of egalitarianism that embraces mutual respect, tolerance, fair play and compassion for those in need and pursuit of the public good.

“Australian society values equality of opportunity for individuals, regardless of their race, religion or ethnic background.

I subscribe heartily to the Australian Values Statement, as far as it goes.

However, while the Values Statement has a lot about obligations, it says nothing about the rights of Australians. Australia is the only common law country with neither a constitutional nor federal legislative bill of rights.  Only a few rights are constitutionally protected in Australia. For the most part, we have all the rights that Parliament and the common law have not yet taken away. We need a Charter of Rights along Canadian lines.

Interesting is the statement that Davis makes about what “every prosperous and successful democracy deems to be fundamental rights — universal health care, equal access to quality public education, a social safety net for the weak, elderly, and infirm”. While Australia performs well on some of those, passably on some and poorly on others, none is protected as a right in Australia – as they are in some comparable countries. They should be.