Australia’s Blind Spot: The US, China, Africa and Global Hegemony

As the global balance of power shifts towards the Asia-Pacific region and tension between the United States and China escalates, Australia is being forced to confront its historical reliance on great and powerful friends in defining our strategic priorities.

The focus of Australia’s foreign policy on curtailing the influence of China through supporting US aggression has led to a complete blind spot in the articulation of our foreign policy and a neglect of its unique capacity for middle power diplomacy.

The belief that a perpetually increasing military build-up in the Asia-Pacific region is enough to contain China fails to understand the dynamics of power in the 21st Century and the effectiveness of the Chinese economic model.

The struggle for global hegemony between the United States and China throughout the 21st century will take place on the African continent and not in the South China Sea or Taiwan. With the epicentre of this confrontation being countries that possess an abundance of rare earth and conventional minerals including the Democratic Republic of the Congo, Zambia and Burundi that will be crucial to China’s continued development.

This is due to the ability of the African continent, and the nations listed above in particular, to continue to help facilitate China’s economic development and achieve its strategic foreign policy objectives, especially those contained within the Made in China 2025 Strategy.

The stated goals of the Made in China 2025 Strategy include encouraging increased production of wholly domestically made goods, achieving independence from foreign suppliers and facilitating the production and development of high-end information technology and telecommunications products.

The abundance of rare earth and conventional minerals present on the African continent has the capacity to ensure that China has the materials required to achieve the objectives outlined in this strategy.

China’s continued rise is predicated on facilitating a move up the global value chain, escaping the middle-income trap and directly challenging the supremacy of the United States in relation to information technology and telecommunications.

Steady access to rare earth minerals in order to produce high-end technology products, represents a critical component in achieving global hegemony going forward and is essential in ensuring that the United States retains a comparative advantage over China.

China’s engagement with Africa to this point has been defined in global discourse as opposition to the ‘Washington consensus’ and by developing genuine partnerships across the continent – partnerships that involve building critical infrastructure and ensuring the transfer of skills between African and Chinese firms.

China, as stated by President Xi Jinping in a 2015 speech at the Forum on China-Africa Cooperation, has shown unwavering support of “Africa’s pursuit of stronger growth, accelerated integration and industrialisation’’ and will continue to ‘’help Africa become a new growth pole in the world economy.”

President Xi’s comments highlight the importance of Africa within China’s foreign policy thinking and his awareness of the ability of effective engagement with African nations to facilitate China’s escape from the middle-income trap.

The limited scope of America’s engagement with Africa since the end of the Cold War, has primarily been defined by aid and the imposition of neoliberal policy settings through the institutions of global governance that have proven to be detrimental to development and the realisation of good governance across the continent.

Curtailing China’s influence globally means effective engagement with African nations, facilitating development and fostering conditions that will allow international businesses to thrive. This is imperative to preserve the rules-based order and disallow China to achieve global hegemony and develop a sphere of influence that extends beyond the Asia-Pacific region.

Australia’s continued reliance on the US in the articulation of its foreign policy settings significantly detracts from our capacity to be an effective middle power in the global political arena going forward and threatens to leave us as ‘’the poor white trash of Asia’’ in the words of former Singaporean Prime Minister Lee Kuan Yew.

The culmination of our continued reliance on the US as Australia’s great and powerful friend is a failed foreign policy framework that is exemplified by its blind spot on the African continent and inability to understand how China will continue to facilitate its rise to global supremacy.

Rectifying this blind spot is particularly important as Australia is continually wedged between the United States and China in terms of both our economic and foreign policy interests. As a middle power within the global political arena, this situation will become increasingly untenable as the 21st century progresses.

Australia has consistently shown a complete disregard for Africa beyond servicing our minimal obligations to members of the Commonwealth and the limited assistance Australia provides to developing countries across the continent. In fact, in the 2020-2021 Federal Budget, aid to Sub-Saharan Africa dropped from already historically low levels by 48 per cent to $61.4 million AUD and assistance to North Africa fell by 61 per cent, from $80.9 million AUD to $31.6 AUD million.

At time of writing, Australia has nine missions on the fifty-four-country continent (with a majority being High Commissions located in former Commonwealth nations) and no clearly defined long term strategy for engagement with Africa and its leaders going forward.

This suggests a complete disregard for the central role the African continent will play in shaping the coming century.

This has occurred despite Australia’s unique expertise in mining both rare earth and conventional minerals that make it an attractive partner to African nations and Australia’s capacity to consistently punch above its weight in the global political arena.

Recent developments additionally emphasise the need for Australia to immediately increase its presence across the continent, outline an independent foreign policy strategy for Africa throughout the 21st century and pursue stronger partnerships with African leaders.

The development of the Simandou iron ore deposit in the west African country of Guinea by Chinese investors already has the potential to undermine both Australia’s place as the key provider of iron ore to China and our value as a strategic partner to both the US and China.

In June last year, Guinean President Alpha Conde signed an agreement with a consortium of Chinese state-owned enterprises, Singaporean and French companies to develop the project. The Simandou iron ore deposit has been described by numerous experts as the best deposit of high-grade iron ore identified in the country since the fall of the French colonialist regime in 1958.

The absence of Australia as part of this deal threatens not only its position as a middle power but more immediately it could also significantly compromise its economic recovery from the COVID-19 pandemic that has largely been built on high commodity prices as a result of domestic Chinese infrastructure investment.

The development of the Simandou iron deposit and similar projects has significant implications for Australia and has the potential to leave Australia completely isolated within the Asia-Pacific region as China seeks to bypass Australia as a supplier of iron ore and other mineral resources.

This necessitates increasing immediately Australia’s involvement across the African continent politically and becoming a preferred partner for mining companies especially state-owned mining companies throughout the region.

The usefulness of Australia’s reliance on great and powerful friends has come to an end as the American empire declines and the geopolitical order becomes increasingly bipolar.

Australia must be able to define its own foreign policy objectiveness and rectify the blind spot in its thinking by pursuing a dedicated Africa strategy that is paramount in safeguarding its place as a middle power within the global political arena. 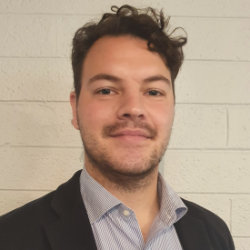