Australia’s Covid vaccine rollout: what we were promised

How does the original Covid rollout compare with what we are experiencing right now and what we are likely to end up with? In Part 1 we look at what we were promised. In Part 2 we examine how the rollout collapsed. In Part 3 we find that at mid-year, significant changes to our rollout strategies are inevitable. In Part 4 we show that a successful Pfizer rollout completed by December is possible if the federal government is up to it.

What we know already is that the final rollout will contrast markedly with the original promises and plans. (And the outlook changes as we write – Parts 1, 2 and 3 were written before the announcement on 17 June about extending Pfizer to the 50-59 year-olds.)

To understand where we are headed, our starting point is what the vaccination rollout was meant to achieve: from the outset it seems that the main priority of Australia’s Covid vaccine campaign was to prevent serious illness, resulting in hospitalisation or death.

It is not clear whether there was any consideration or weighting given to minimising mild to moderately severe Covid illness, including long Covid. It seems long covid affects up to one-third of those who catch it, leaving them with debilitating long term issues, including breathing problems and chronic fatigue.

What we do know is that since January 2020, right from the start of the pandemic, we have been constantly warned that some groups are at much higher risk of hospitalisation and death from Covid than others, in particular, those aged 70 and over, those with severe medical conditions and our indigenous populations. It can also be assumed they can suffer from long Covid.

Now, in June 2021, those warnings seem to have little currency in our ever-evolving rollout situation. The most at-risk groups are no longer given priority for the best vaccine.

Leading up to the start of the vaccine rollout

There have been many vaccine announcements since August 2020. The Department of Health website has a summary of Australia’s vaccine agreements. There you can also find links to various government publications and ministerial statements.

By November 2020, the Australian Government announced an agreement to secure 10 million doses of the Pfizer vaccine. That built on already existing commitments to purchase the AstraZeneca vaccine. (Orders would also eventually be made for millions of doses of the high efficacy Novavax and Moderna vaccines.)

On 28 December 2020 the Guardian reported comments made by the Health Minister, Greg Hunt, about Australia’s Covid-19 vaccination rollout:

At that press conference, the minister said, “our goal is to under-promise and over-deliver”.

What was the original vaccine rollout plan?

Relevant documentation is not easily available from the Department of Health. Some external links to its website no longer work. Some documents and pages are not dated and some might have been updated, with the original deleted or amended, but with no indication of any changes made.

The first evidence we can find of an original rollout plan is this COVID-19 Vaccine Roadmap possibly published as early as 6 January this year.

The plethora of announcements continued over the summer. In early February, The Age ran this feature: Morrison shows again he’s master of spin. It discusses the gushing drip-feed since August about Australia’s access to vaccines. The article notes “the Prime Minister’s talent for making 10 announcements when one might do”.

Another 10 million doses of Pfizer were announced, taking the total on order to 20 million.

On February 12 the PM proudly announced that the AstraZeneca vaccine would be made by CSL in Melbourne, and be available “in a matter of weeks”. The company would supply up to 50 million doses, with more than a million doses manufactured each week, with the bottling of the vaccine planned to start that Monday, 15 February.

Australians had some reason to be optimistic about the vaccination program, based on the frequent upbeat press conferences by ebullient ministers and senior health officials.

But there was also reason to be pessimistic; had we bet too much on the one horse; the AstraZeneca vaccine? The Pfizer vaccine originally purported an efficacy rate of 95%, while the AstraZeneca’s was quoted as low as 62%.

What did we think we were promised?

Common sense tells us that to stop the virus at the entry point it is imperative that frontline quarantine and health workers be vaccinated first. Moreover, that they be given the most efficacious vaccine (Pfizer) which only requires three weeks between doses, rather than 12.

Common sense also says that the most vulnerable members of our community – those more susceptible to hospitalisation or death – should also be given the most effective vaccine, namely Pfizer. In turn, the next most vulnerable groups should also receive the most effective vaccine available, and that the younger members, being fitter and healthier, should be offered the lower efficacy AstraZeneca.

This seemed to be embodied in the government’s early plans.

The government’s priority groups were confirmed in February. Under the section ‘Who will get the COVID-19 vaccine first?’ it notes: “The vaccine is being rolled out in Australia in phases, starting with priority populations — since large volumes of the vaccine aren’t immediately available. Certain groups are prioritised because they would be most affected if infected with COVID-19.”

The priority groups listed are summarised as follows:

Others seem to have thought the same, such as the Royal Australian College of General Practitioners, as indicated by this January 8 article on what Australia’s vaccine roadmap meant for GPs.

And so did the Minister for Trade. On 11 February, 9News reported:

“Mr Tehan told Today this morning the formal approval [of Pfizer] was “great news” for Australia. They’ll arrive towards the end of February and we’re absolutely on track to roll our vaccine program out,” he said. Mr Tehan said older Australians and health care workers would be first in line for the jab.

“First it will go to the elderly, those people who are on the front line with our hospital workers and then in the aged-care facilities and then roll out into the community,” he said.

This thinking is confirmed by an article in The Conversation on 15 February:

However, that is not what happened in the following months. Instead from mid-February, the elderly, the sick and older indigenous people would still be listed in the 1a and 1b phases, but lose their priority status of being the first to receive the Pfizer vaccine, even though the Department of Health website told us “they would be most affected if infected with COVID-19”.

The whole rollout would go awry. The government’s process of “laying it on with a trowel” meant they had over-egged the vaccine rollout message.

They had over-promised and would under-deliver.

In Part 2 we examine why and how the government’s plans unravelled. 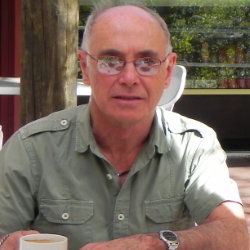