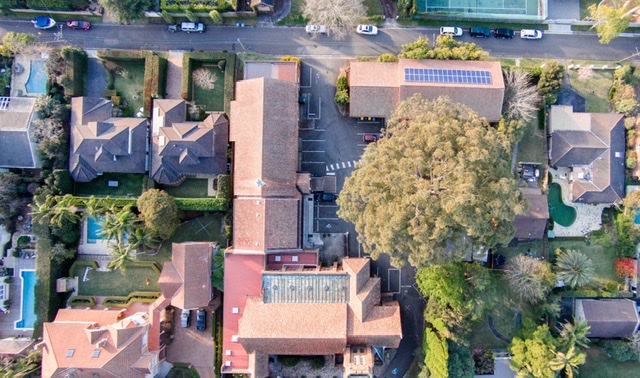 Recent discussion has highlighted how rising house prices are rationing growing numbers of younger Australians into rental housing and lifestyle choices falling short of aspirations. Now there are warnings that future falling homeownership rates across most age cohorts could hit the NSW Government’s budget balance.

According to the newly published NSW Intergenerational Report, a continuation of recent trends to 2060 could cost the States’s taxpayers over $12 billion due to resulting needs for additional affordable housing alone.

This only compounds earlier analysis projecting a rising future cost burden to be shouldered by the Commonwealth Government if ongoing homeownership decline sees more Australians reaching retirement age as renters – or otherwise with outstanding mortgage debt.

But there are wider reasons that the recurrent under-performance of Australia’s housing system, especially sustained real price increases, must be taken more seriously as a major, nationwide economic concern. Our newly published research shows how over-expensive housing is likely to weaken financial stability and impair economic productivity.

The research also suggests a strong consensus among informed experts that governments at both national and state/territory levels need to get up to speed on their understanding of housing system effects on the economy. Our online survey of 87 leading Australian economists and housing market experts, showed almost two-thirds of participant economists (64%), and 94% of non-economists believe that governments are failing to sufficiently regard housing system impacts on national economic performance.

In addition to this so-called ‘spatial mismatch’ problem, there was an appreciation of the opportunity cost resulting from the channelling of debt-fuelled investment into the existing housing stock – an asset essentially unproductive in terms of employment generation. For others, the main worry was that, especially among lower-income renters, high housing costs preclude expenditure on other consumption items, thus reducing overall demand in the economy.

Our interviews with research participants, which explored their thinking in relation to a set of propositions on housing system: economy linkages, were undertaken in December 2020. Yet six months later, many expert observations summarised in our report were remarkably prescient.

For example, while the 2021 housing boom has defied many media expectations, our experts anticipated that both Quantitative Easing and exceptionally low-interest rates would drive asset prices rather than boost productive enterprise. This is certainly what appears to be the case. In the process, this stimulus has been seen to widen inequality as those with the largest housing assets, and hence the greatest capacity to borrow at record low rates, have benefited the most.

Indeed, by a margin of five to one, our survey respondents saw ‘status quo’ economic policies as intensifying income and wealth inequality; yet by a margin of two to one, they doubted that countering inequality is genuinely a current official policy priority. Notably, official tolerance of rising inequality, as perceived, defies a growing international agency consensus on resulting economic harm – such as in the stances of the OECD and IMF.

This evidence suggests a growing gap between current official attitudes, on the one hand, and the perspectives of Australian economists and other experts, as exemplified in our report, on the other.

Indeed, among our experts, Government complacency and inaction on inequality was widely attributed to ideologically entrenched beliefs about rights associated with private property ownership, as well as continuing adherence to ‘trickle down’ economics.

While the economic productivity losses due to over-expensive housing are increasingly recognised, expert views on the causes of this problem remain divided. Rising prices are a sign of excess demand within a market. When it comes to housing, a wide array of policies may impact demand, ranging from regional and immigration settings, first-home buyer incentives, taxation and monetary policy.

Equally, rising prices may reflect a slow supply-side response in relation to even steady demand growth. Thus, excess demand or inadequate supply may arise from demand and supply-side policies and, in consequence, from the actions of multiple policy sectors across all orders of government.

Despite this complex reality, there is a common contention that high house prices are overwhelmingly the fault of excessive land-use planning restrictions. This assertion is often backed by simple claims about the standard operation of supply and demand. Notably, economists in our survey were largely split on this, albeit with a small majority seeing ‘planning restrictions’ as the main concern. There is no consensus on the weight of different causes of ‘shortage’, as theoretically derived views tend to displace systematic empirical evidence.

The diversity of these perspectives may partly reflect the extreme fragmentation of housing policy responsibilities across government. The lack of any formal responsibility for spatial planning at the Federal level means the central economic agencies, and the policymakers who support them, have little direct experience of the planning system, nor indeed an understanding of the residential development process itself. This is a real gap in our capacity to make good policy in this area.

Across the economics profession, more broadly, there remains only patchy recognition that the unique qualities of housing and land mean that these markets function quite differently from those for standard commodities.

An agenda for change

In our own view, planning regulation is simply one of many factors – and only occasionally the most important – that shape the housing market and its impacts on broader economic performance. As we see it, fundamental changes to Australia’s institutional architecture are needed to address the widely-shared expert concerns about housing system under-performance.

The most important include the re-establishment of a housing minister with cabinet rank in the Commonwealth Government, and the creation of a national housing agency – most logically by expanding the remit of the existing National Housing Finance and Investment Corporation (NHFIC).

Beyond this, as argued in our recently released overview report from this research, there is a strong case for broadening the formal accountabilities of the Reserve Bank to include maintaining a more price stable and well-functioning housing market. More broadly, a root and branch inquiry into the operation of Australia’s housing system is needed as the basis for the national housing strategy that is essential to set a long-term course.

Given the complexity of the task and the necessity of lifting it above the party-political realm, a Royal Commission on Housing Future Australia should be considered for this purpose. 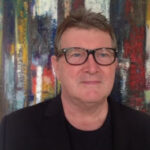 Duncan works in the UK, Australia and Canada and lives at Kingsburg, Nova Scotia and Edinburgh, Scotland. He is an applied economist interested in housing, infrastructure, neighbourhoods, cities and regions. He directed the UK’s Centre for Housing Research from 1983-2003, has held academic posts
in the UK and the USA and senior government posts in Scotland, Australia (Victoria) and the federal government of Canada. He is Emeritus Professor of Urban Studies at the University of Glasgow and Professorial Fellow at City Futures, UNSW, Sydney. 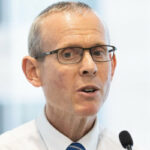 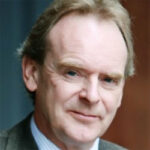