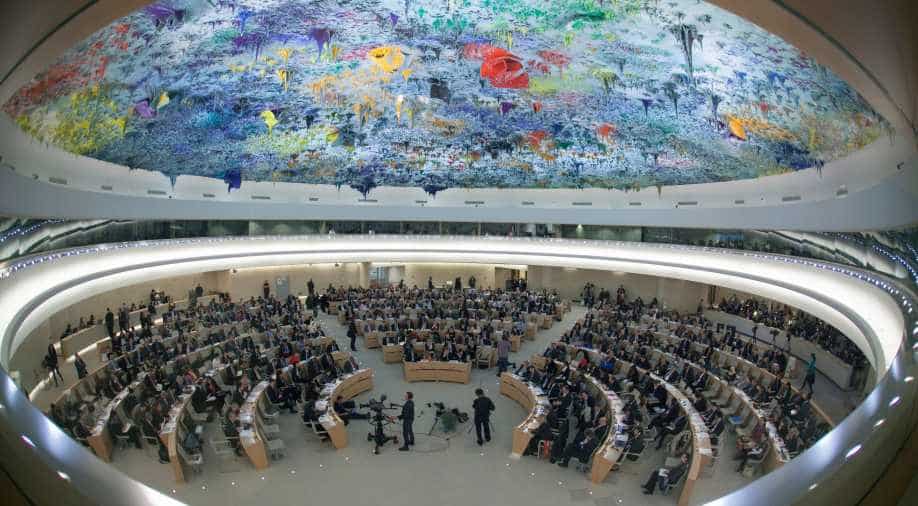 Every four years, all member states of the United Nations are required to submit their human rights record for review by the UN Human Rights Council (UNHRC). Australia had its turn in January this year. By any account, Australia’s record with respect to the protection of human rights remains relatively satisfactory. However, the recent interchange that took place between Australia and other member states of the UNHRC disclosed the existence of serious deficits in our protective responsibilities.

As part of the process of review, the Office of the UN High Commissioner on Human Rights (OHCHR) produced a compilation document that summarised the reports and recommendations of the UN’s human rights treaty bodies on Australia during the past five years. This document laid the foundation for the inter-state dialogue which followed. It makes depressing and sometimes alarming reading.

Unsurprisingly, the report focused heavily upon three principal human rights concerns: the treatment of refugees and asylum seekers, the situation of Australia’s indigenous peoples, and the nation’s counter-terrorism laws. But it travelled far more widely than that. There can be no doubt that Australia’s human rights record has deteriorated significantly.

The UN Human Rights Committee expressed concern that the Australian government had been failing in its non-refoulement responsibilities. The non-refoulement principle is embedded in the International Refugee Convention. The principle states that no person seeking asylum should be returned to their country of origin when there is a real risk that they will be seriously harmed or killed if they do so. It is well known, tragically, that a number of returnees have suffered these consequences.

The UN Special Rapporteur on Migrants sharply criticised the Australian Government’s punitive policies concerning so-called unauthorised maritime arrivals (boat people). He noted that unauthorised arrivals by air were treated far more leniently and that no legitimate reason could be found for the distinction.

‘Boat people’ faced a host of obstacles. The Rapporteur sharply criticised policies that resulted in refugees being subjected to arbitrary, mandatory and prolonged detention. Refugees have been detained for up to seven years pending the resolution of their claims for asylum. They have been imprisoned in offshore detention camps, indefinitely separated from their families, faced restrictions with respect to their social security entitlements and deprived of any avenue towards permanent residence.

Since 2013, 12 asylum seekers have died in detention – six from suicide. Asylum seekers have been kept in exceptionally harsh conditions, denied access to legal representation and contact with family and friends. They have suffered sexual assaults by security guards and acts of violence from other detainees.

The UN Committee on Economic, Social and Cultural Rights expressed deep concern at the transfer of innocent people seeking asylum offshore to PNG and Nauru. It made clear its opinion that Australia was fully accountable for the treatment of asylum seekers in offshore detention facilities. It rejected out of hand Australia’s contention that detention conditions were the responsibility of the governments of Papua-New Guinea and Nauru.

In a detailed submission to the UNHRC, Human Rights Watch recommended ending mandatory detention, introducing reasonable time-limits for detention, ensuring that asylum seekers were detained only as a last resort. Their asylum claims should be dealt with promptly, thoroughly, decently and fairly in accordance with the International Refugee Convention. Their access to judicial review should be guaranteed.

The UN Special Rapporteur on Indigenous Peoples observed that indigenous peoples were drastically over-represented in the criminal justice system. In 2019, Aboriginal and Torres Strait Islander people comprised 28% of Australia’s adult prison population, but just 3% of the national population. The disconcertingly high rate of incarceration included women and children.

Deaths in custody for Aboriginal and Torres-Strait Islander prisoners remained a terrible problem. Between January 2016 and July 2020, there were at least 48 deaths of indigenous people in custody. A recent analysis of deaths in custody concluded that correctional services failures to follow their own protective guidelines and to provide appropriate medical care contributed significantly to the rising rate of indigenous fatalities. Writing to the UNHRC, the Law Council of Australia stated that in 2018 indigenous children were 21 times more likely than non-indigenous children to be in detention on an average night.

The UN Special Rapporteur on Human Rights Defenders stated that counter-terrorism laws had increased secrecy provisions in legislation and that the cumulative effect of these laws had been to create significant barriers to reporting on human rights abuses and to whistleblowing related to misconduct in governmental office. The Human Rights Committee expressed serious concern with respect to the necessity and proportionality of counter-terrorism powers including control orders, stop search and seizure powers, preventive and post-sentence detention order regimes and the revocation of citizenship.

The Special Rapporteur expressed his alarm that state and territory governments had legislated constraints upon freedom of assembly, especially through laws restricting legitimate, peaceful protest, including environmental protest. The Rapporteur came down hard on Australia’s metadata laws. These required telecommunications providers to retain every Australians’ metadata for two years and permitted a host of governmental agencies to access metadata which could be used to identify journalists’ confidential sources.

The UN Human Rights Committee was critical of the absence of a requirement of a judicial warrant as the precondition for access to metadata. It recommended strengthening the safeguards against arbitrary interference with the privacy of citizens by introducing greater judicial control over access to the metadata held and maintained by private telecommunications providers.

The same committee expressed deep concern that new laws enacted in Australia have increased the penalties for unauthorised disclosures of governmental information. These laws have already begun to have a chilling effect on freedom of expression and contributed to the intimidation of journalists engaged in legitimate investigation of alleged governmental wrongdoing. The ongoing prosecution (persecution) of Witness K and Bernard Collaery SC is the most damning example.

Every one of the seven major UN Human Rights Treaty Bodies criticised Australia’s human rights performance in those three key areas. But international condemnation was not limited to them alone. The compilation document published by the OHCHR travelled far more widely. To take some relevant examples: the Committee on the Elimination of Racial Discrimination noted that disturbing reports had emerged regarding discrimination against Australia’s indigenous peoples. It expressed concern more generally that racism, racial discrimination and xenophobia had been on the rise.

The Committee on Economic, Social and Cultural Rights criticised the lack of progress made in closing the gender wage gap and the concentration of women in low-paid sectors of the economy and part-time work. The Human Rights Committee deplored violence against women and domestic violence in particular. It observed that violence occurred most widely against indigenous women and women with disabilities. The existence of widespread sexual harassment of women in the workplace and in education was a source of very considerable concern.

The Committee on the Rights of the Child was troubled by the fact that victims of sexual abuse by Catholic clergy had been required to sign deeds of release preventing them from pursuing justice through the courts. Further, it recommended that the age of criminal responsibility be lifted from 10 to 14 years. The Committee urged Australia to register all children, in particular indigenous children, at birth.

The Committee on Economic, Social and Cultural Rights expressed alarm at the increase in carbon dioxide emissions and Australia’s continuing commitment to new coal mines and coal-fired power stations. The Childrens’ Rights Committee urged Australia, for inter-generational reasons, to reduce its greenhouse gas emissions by establishing targets to phase out the use of coal and accelerate a transition to renewable sources of energy.

The Special Rapporteur on the situation of human rights defenders sharply criticised the Australian government for undermining the work of the Australian Human Rights Commission. He recommended the establishment of an independent inquiry into the attempts by Ministers and senior government officials to intimidate and denigrate the Commission and its former President, Professor Gillian Triggs, amongst other things.

It is remarkable that Australia’s principal critics during the universal review process have been diplomatic representatives from other Western democracies. Australia remains the only Western democracy without a Charter of Rights. Time perhaps to rethink this omission.