Never have ties between Australia and the People’s Republic of China (PRC) been so estranged in the nearly five decades since Canberra and Beijing established diplomatic relations. As Geoff Raby, a former Australian ambassador to the PRC, remarked at the end of last year, the bilateral relationship is at its ‘lowest ebb’.

Beijing and Canberra often tout their ‘comprehensive strategic partnership’ but their political leaders have stopped meeting one another – although, it seems, not for a lack of trying on Australia’s part. Australian politicians have reached out to their PRC counterparts to open dialogue but have thus far received no response. At the same time, the Morrison government continues to publicly express its concerns and criticisms of issues ranging the mistreatment of the PRC’s Turkic Muslim population in Xinjiang and the enactment of the controversial national security legislation in Hong Kong. Last month it stepped up its rhetoric on the South China Sea, declaring as ‘invalid’ PRC claims.

Unsurprisingly, Beijing has lashed out against Australia’s criticisms, accusing Canberra of ‘interfering’ in the PRC’s internal affairs. The PRC government was particularly rankled by the Morrison government’s call for an independent, international inquiry into the origins and spread of Covid-19 earlier this year. The PRC ambassador to Australia warned Australia at the time it could pay a heavy economic price for adopting this position. Beijing has imposed tariffs on Australian barley, suspended imports of Australian beef, and launched an anti-dumping probe into Australian wine.

That Australia continues to walk a fine line in balancing its relationships between the PRC and the US is obvious. And while disputes between Washington and Beijing over trade and who is to blame for the spread of the pandemic have drawn international attention to this intensifying great-power rivalry, an equally and perhaps even more dangerous tussle has been on full display in recent months: increasing US and Chinese naval/maritime rivalry in the South China Sea and near the Taiwan Strait. As a close US ally, there is a real possibility that Australia could become entangled in an US-PRC conflict.

The US has ramped up its military activities in the region in recent months, despite (and perhaps because of) the pandemic, which earlier had paralysed a number of US surface ships, including two aircraft carriers. The Pentagon is sending a clear message to Beijing that the US is determined to maintain a free and open Indo-Pacific and will support its allies and friends, an aim that is clearly spelled out in the 2019 Pentagon Indo-Pacific Strategy Report. The US conducted more freedom of navigation operations (FONOPs) in the South China Sea in 2019 than it has since it started assertively contesting the PRC’s claims in 2015. Beijing has been pushing back, staging multiple military exercises, the frequency and scale of which have been unprecedented in recent years.

The ratcheting up of military activities by the US and the PRC in the South China Sea have serious security implications. One is the risk of inadvertent escalation. In 2001, a US Navy EP-3 reconnaissance plane collided with a People’s Liberation Army (PLA) Air Force fighter aircraft. Since then, several more incidents have  occurred over the airspace and at sea in the Western Pacific. These have resulted in serious bilateral military consultations, producing several memoranda of understanding (MoUs) aimed at preventing future similar incidents. Yet despite these MoUs, the US and PRC militaries have continued to engage in close encounters as both step up their activities.

With the Trump administration increasingly showing a willingness to test the PRC’s red line vis-à-vis Taiwan with sales of more advanced weapons systems and cabinet-level official visits, and since the re-election of Taiwanese President Tsai Ing-wen in January, Beijing has resorted to undertaking more coercive and intimidating measures against the island. The PLA has been conducting military exercises in the vicinity of the Taiwan Strait that include night-time manoeuvres and mock landing drills in a show of force and resolve to deter the island’s independence.

Australia clearly has a significant stake in the outcome of Sino-US relations. In the short to medium-term, any major disputes or disruptions in the South China Sea will likely affect Australia’s economic interests. More serious is the real possibility of Australia being called upon to support its American ally in the event of a military showdown with the PRC, directly or indirectly, especially where the US military plans and actually makes use of its assets in Australia-based depots, joint facilities and bases – including those in the country’s Northern Territory and Western Australia – as these will be seen by the PRC as an essential part of US military operations. At the recent Australia-US Ministerial Consultations (AUSMIN), Canberra and Washington agreed to strengthen defence cooperation, including military exercises and the construction of a US-funded strategic fuel reserve in Darwin. These developments will not be viewed in a favourable light by Beijing, which is quite upset by what it views as Australia’s growing animosity toward the PRC and its closer security cooperation with the US and other regional partners.

With relations between Canberra and Beijing experiencing significant deterioration since 2017, it is imperative that some sort of stability be restored. How might Australia mitigate the risks of being caught in US-PRC crossfire, metaphorical or otherwise?

Canberra should seek, and be seen as seeking, to uphold its independent foreign policy, sometimes against US wishes and pressure. Likewise for Beijing, it is critical that it accepts, and indeed appreciates, that Canberra, despite occasionally carried away by its own rhetoric, has, by and large, sought to maintain its autonomy in formulating and executing its PRC policy. Australian policies do not always follow in lockstep with those the Trump administration wants its ally to adopt. The recent statements by Australian foreign and defence ministers at AUSMIN are clearly reflective of Canberra’s determination to follow its own script, for example on issues such as economic decoupling and FONOPs.

Australia needs to recognise that the regional order has undergone a fundamental change and should be more actively engaged in middle-power diplomacy, promoting an emerging new order based on multilateralism and regional institutions, with binding norms and rules on all players, including both the US and the PRC.

The current deep freeze in bilateral relations should not preclude exchanges at the non-governmental level; far from it, the latter should be introduced, developed and promoted. Unfortunately, non-governmental dialogues between Australia and the PRC are few and far between. The few voices in Australia’s business community calling for the stabilisation of bilateral relations have been criticised as being driven by self-interest; they are advised against stepping into the foreign policy debate. Academic and think tank discussions exploring areas of common interests and cooperation are also liable to criticism that they may be susceptible to PRC political influence. Serious dialogues are therefore rare and inconsequential in their impact on government policies. This is unhelpful and should change.

The current strain in bilateral relations and growing distrust between Beijing and Canberra are deeply worrisome and could negatively affect otherwise healthy and mutually beneficial economic ties. Clear-headed and pragmatic approaches based on national interests, a changing regional order, and non-governmental engagements between the two countries may help pave the way toward restoration of Australia-PRC relations.

This article was first published by the Australia-China Institute. 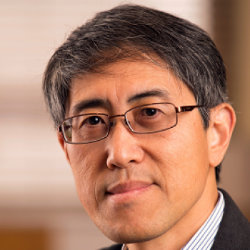