Australia’s unique wildlife is under increasing threat, with legislation failing to provide adequate protection for species in crisis. Release of the new Threatened Species Strategy provides an opportunity for Australia to lift its game but will the current legislative opportunity also be seized?

Last month the Federal Environment Minister, The Hon Sussan Ley MP, released the new Threatened Species Strategy for 2021-2031. This new strategy replaces the previous five-year strategy for 2015-2020 which, whilst it showed some recovery for priority species, was criticised for its short timeframe and lack of transparency on how these priority species were chosen.

It is worth taking a step back and taking a closer look at the 2015-2020 policy being replaced. The 2015-2020 Threatened Species Strategy focused on only 70 priority terrestrial threatened species (20 animal, 20 bird and 30 plant species) and four priority actions (tackling feral cats, creating safe havens, improving habitat and emergency intervention). Whilst recovery has been shown for some priority species, according to the 5th and final annual report only 5 of the 13 targets in this strategy were met, with improved trajectories only demonstrated for 8 of the mammal species, 6 of the bird species and 10 of the plant species.

In May 2019 the Intergovernmental Science-Policy Platform on Biodiversity and Ecosystem Services (IPBES) – established in 2012 by more than 100 nations – released a comprehensive report on the state of the world’s biodiversity, stating:

“Nature is declining globally at rates unprecedented in human history — and the rate of species extinctions is accelerating, with grave impacts on people around the world now likely”

The report, compiled by 145 experts from 50 countries, states that one million animal and plant species worldwide face extinction, some within decades if action is not taken. The Chairs of IPBES noted that this is a dangerous, unprecedented decline, and complacency is not the answer, but that it was also not too late and nature can still be conserved through ‘transformative change’ – characterised as a ‘fundamental system-wide reorganisation across technological, economic and social factors, including paradigms, goals and values’.

Australia is of course not immune from this extinction crisis and has the dubious honour of having the worst mammal extinction rate, having lost 34 mammal species since colonisation and our flora is under similar pressure. A strong threatened species strategy is essential.

In response the Federal Government published Australia’s Strategy for Nature in 2019 which seeks to outline Australia’s approach to biodiversity conservation. This new Threatened Species Strategy is intended to be the practical contribution to the national commitments as outlined in the Strategy for Nature. The new strategy has two high-level objectives:

It will also be underpinned by two sequential five-year Action Plans which will identify priority species and places, outline specific actions and set targets to measure progress.

However, we do have some concerns that whilst the strategy acknowledges the drivers of extinction it contains no plan to tackle underlying causes of these drivers. The strategy is focussed on taking the approach of adding ‘a few more ambulances at the bottom of the cliff rather than putting a fence at the top’.

How the plan will be funded and implemented is also a big question. With environmental budgets suffering in recent years, this is a very real question.

There is also the very real and live issue of the disconnect between the strategy and legislation. Earlier this year the 10-yearly review of the Environment Protection and Biodiversity Conservation Act 1999 (EPBC Act), undertaken by Professor Graeme Samuel, was released and it was fairly damning. The review found that Australia’s natural environment and iconic places are in an overall state of decline and under increasing threat, and that the Act is outdated and requires fundamental reform to tackle the current unsustainable environmental trajectory. It is clearer than it has ever been that our environment is in trouble and our iconic wildlife facing an extinction crisis. However, sadly the Government has acted against Professor Samuel’s advice and chosen to cherry pick from his recommendations and rush ahead with devolving important environmental decision making to state and territory governments. Whilst this will be followed by reform down the line, our wildlife cannot afford to wait for much needed reforms to strengthen nature protection.

The publication of a new Threatened Species Strategy provides an opportunity to align much needed reforms of the legislation with the objectives of the new strategy. However, this appears to have been missed, with no acknowledgment of the connections between legislation and the drivers of extinction.

It is abundantly clear we need stronger laws with strong national environmental standards to deliver environmental outcomes,. However, the current Government proposals fall well short of what is needed to turn around the unsustainable trajectory we are experiencing.

Australia’s recent commitment to join the High Ambition Coalition for Nature and People is a welcome one. It provides an opportunity for Australia to demonstrate to the world that we will lift our game when it comes to caring for our unique environment.

The stakes are high. We need strong and resolute leadership that will listen and act on the science if we have any hope of saving our wildlife. 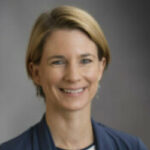