Back to the future with the Taliban? 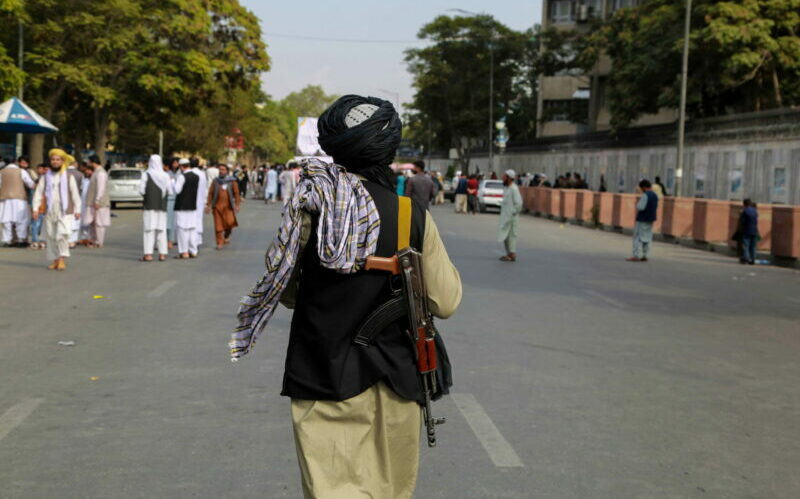 The defeat of the United States and its allies and return to power of the Taliban in Afghanistan have changed the regional landscape.

The configuration of forces has shifted in favour of Pakistan as the Taliban’s patron and China as a strategic partner of Pakistan, confronting India, the Islamic Republic of Iran, the Central Asian Republics and the main power behind them, Russia, with certain policy quandaries. Yet not all is lost, as both Islamabad and Beijing may find that Afghanistan is a very difficult country to govern and sustain.

It is now evidently clear that the extremist Taliban would not have succeeded in assuming power once again without Pakistan’s crucial support to the militia in the face of the weaknesses of the Western-backed Afghan government, and America’s and NATO allied mismanagement of the Afghan conflict. The Taliban originated in Pakistan in mid-1994. Pakistan’s then interior minister, Nasrullah Babar (1993-1996), has widely been credited with creating the group, which has functioned under continued patronage of the country’s powerful and all-pervasive Inter-Services Intelligence (ISI).

Pakistan’s provision of a safe haven, and logistic and material support to the Taliban’s leaders and fighters, who have crisscrossed the open Afghan-Pakistan border for more than two and a half decades, was capped off by the visit of ISI’s chief, Lt. General Faiz Hameed, as the first foreign dignitary to Kabul shortly after the fall of the city to the Taliban. The purpose of his visit was to adjudicate the quarrelling Taliban leaders over the distribution of power when forming an all-male cabinet and to empower them to take over Panjshir, the last Afghan province outside their control.

In a resolution, the European Union has now confirmed: “Pakistan is assisting the Taliban in fighting [the National Resistance Front (NRF), led by Ahmad Massoud, in Panjshir] by supplying its special forces and providing air support”.

Ahmad is the son of the legendary Commander Ahmad Shah Massoud, who valiantly fought the Soviets in the 1980s and subsequently the Taliban and Al Qaeda alliance before his assassination by Al Qaeda agents two days before 9/11.

The Taliban’s victory entails serious geo-strategic implications for the region. Pakistan is not the only beneficiary for the time being. China — Pakistan’s close strategic partner — is also potentially positioned to expand its regional influence and enhance its Belt and Road Initiative from Pakistan across to Turkey. Beijing has already voiced support for the Taliban and the latter have named China as their business partner.

Beijing may prove to be first off the mark to recognise the Taliban regime.

It can expect Islamabad to restrain the regime and not cause any trouble for China, especially in relation to the restless Muslim Uyghurs in the Chinese province of Xinjiang, bordering Afghanistan. It can also now more easily access Afghanistan’s untapped mineral resources, which are estimated to be worth $1 trillion. China had previously signed a $3.4 billion agreement with Afghanistan to exploit the Aynak copper mine in 2009 and a $10 billion deal two years later to develop the Amu Darya oil blocks.

But none have come to fruition due to insecurity in Afghanistan. This, together with China’s conclusion of a 25-year strategic cooperation agreement with Iran early this year, widens the space for Beijing to expand its influence towards the Mediterranean by leveraging Iran’s extensive sway in Iraq, Syria and Lebanon as well as the influence of two other good friends, Russia and Turkey, in Syria.

A Pakistan-China-Taliban camaraderie cannot but cause a strategic setback for India – Pakistan’s arch regional rival and an important traditional player in Afghanistan. India has invested some $2 billion in Afghanistan’s reconstruction over the past 20 years. It has also entered a joint venture with Iran to develop the Iranian Port of Chahbahar as a means to bypass Pakistan, enabling access to Afghanistan and the Central Asian Republics via the Port and its connected road and train networks. New Delhi is now confronted with a new regional reality that leaves it somewhat outmanoeuvred by Pakistan.

As for the predominantly Shia Islamic Iran, it faces its own dilemmas. On the one hand, it has sought since 2016 to ‘bury the hatchet’ with the Taliban, as it courted some of the group’s receptive elements and hosted recently a conciliatory meeting between them and and a non-governmental group from Kabul on the understanding that the Taliban would play an important role in Afghanistan’s future. On the other, it cannot approve of the Taliban’s extremist Sunni Islamic disposition. While pleased to see the back of American foes in Afghanistan, Tehran must be concerned about not only how to protect its hefty investment in Afghanistan’s reconstruction, involving the funding of various cultural and media outlets, but also how to safeguard the rights of the 15-20 percent Shia population in Afghanistan.

Yet not all is lost. The Taliban are not a united body. Their leaders come broadly from two regions: Kandahar and the Paktia-Paktika provinces. The former is led by acting prime minister Mullah Hassan Akhund and Mullah Abdul Ghnai Bradar. The latter is headed by Sarajuddin Haqqani, leader of the deadly Haqqani network. Although both sides’ leaders are linked to the ISI and Al Qaeda and are extremist in their interpretation and application of Islam, with most of them (including Akhund) on a UN blacklist, Haqqani, who is on the FBI most wanted list for terrorism, and his network are more extreme.

In addition, where some of the leaders have become quite worldly, most of their commanders and fighters, who are very narrowly educated in Pakistani Islamic madrassas with no experience of urban living, have not. There have already been reports of power struggles among the Taliban leaders in Kabul and brutal conduct by their foot soldiers on the ground, despite some of their leaders’ call for moderation.

It is also by no means certain that the Afghan Taliban’s triumph will not rebound on Pakistan.

It carries the potential to embolden the Pakistani Taliban and their supporters as well as the separatist movements, especially in the Pakistani provinces of Pakhtunkhwa (North West Frontier) and Baluchistan. Further, while some Taliban have appealed for good relations with all countries so as to attract recognition and aid, in the absence of this materialising, Pakistan cannot be a viable substitute.

Apart from the NRF, whose fighters continue to battle the Taliban in the mountains around Panjshir, the possible establishment of other resistance groups and popular uprisings against the Taliban rule in the face of growing economic and humanitarian crises cannot be discounted. These variables provide ample opportunities for other adversarial neighbouring and regional actors to push back against the Taliban.

The Afghanistan crisis has entered another phase. It is too early for the Taliban, and their Pakistani backers, to be too celebrative.

This article was first published by the Toda Peace Institute and is reproduced with permission. 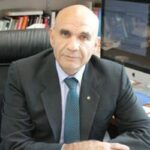 Amin Saikal is visiting professor at Rajaratnam School of International Studies, Nanyang Technological University, Singapore. He is author of Modern Afghanistan: A History of Struggle and Survival (2012), and co-author of Islam Beyond Borders: The Umma in World Politics (2019), and The Spectre of Afghanistan: The Security of Central Asia (2021).