Morrison will say that he leads the party of low taxation, but the counter-response should be that the Liberals are equally the party of poor and inadequate services. (Image: AAP/Joel Carrett)

The responsibility for Australia’s climate and energy policies have effectively been handed over to a group of Nationals MPs. It’s a travesty, but it shouldn’t be a surprise.

Australia’s climate policies are yet again in a state of chaos, with Prime Minister Scott Morrison abdicating his leadership role on climate change — one of the biggest environmental, economic, and political crises Australia will face.

No longer are Australia’s climate and energy policies the responsibility of the prime minister, or even the Minister for Energy and Emissions Reduction Angus Taylor — the responsibility has effectively been handed over to a group of Nationals MPs, led by Barnaby Joyce.

As Morrison tends to do in a crisis, he has abdicated his leadership role. What we saw on Sunday was Taylor pitching some form of shortcut plan that would allow Australia, on paper, to commit to a 2050 zero emissions target. The Nationals could not agree to even that. Worse, they were not even asked to consider an increased 2030 target, which Joyce later made clear would have been rejected anyway.

It’s a travesty, but this should not be a surprise. The Nationals party room includes vocal opponents to climate action such as Matt Canavan, George Christensen, Bridget McKenzie, Keith Pitt and Sam McMahon. And without the Nationals, Morrison has no hope of landing any sort of climate plan.

The Nationals are now intent to hold the government hostage, seeking to bleed more concessions ahead of a looming federal election. Joyce has already indicated that a $3 billion commitment has already been secured for a new inland rail link into north Queensland to aid the transport of coal into export markets.

There are further indications that the total value of the concessions will run into the tens of billions of dollars, mostly in the form of handouts for the mining and agricultural sectors.

It’s ironic, because the Nationals, and Morrison, are no longer fighting just environmental groups, climate activists and the renewables industry.

The pressure is coming from traditional allies such as the National Farmers Federation, religious leaders, the Business Council of Australia, the Australian Industry Group, and even the Minerals Council of Australia — who have all nominally embraced a commitment to net zero emissions by 2050.

There are many in the community who are arguing that the 2030 target should be increased too. The NSW Liberal government — and every other state government — along with the business groups and billionaires such as Andrew Forrest who are urging the country to seize the opportunities.

“My view at this stage is no. I’m trying to give you an honest view and give you an appraisal of where I see other people and that is my appraisal,” Joyce said when asked about the prospect of a higher 2030 target.

The current target — to cut emissions by 26 to 28 per cent — was first set by the Abbott government more than six years ago. The target is now significantly out of date, and out of step with commitments being made by Australia’s international peers and lagging significantly behind what is already set to be achieved by the states and territories.

Recent analysis published ClimateWorks Australia estimated that thanks to state and territory ambition, Australia is on track to cut emissions by as much as 42 per cent by 2030.

That would give the Morrison government a free kick to increase its 2030 target without having to introduce any new policies — but Joyce indicated before Sunday’s meeting that the Nationals wouldn’t even be able to bring themselves to take that free-kick.

Deputy Nationals leader David Littleproud revealed that Taylor didn’t even try to seek endorsement for a higher 2030 target. Taylor is likely to release “projections” that show Australia will exceed the existing 2030 target, but will make no moves to strengthen it.

“The only details that have been presented to the National Party is for net zero by 2050,” Littleproud said following the meeting.

The plan also won’t include any significant enhancements to existing policies that could be used to place stronger limits on emissions.

For example, changes to the Coalition’s own Safeguard Mechanism could place more stringent caps on industrial emitters and evolve it into a form of baseline-and-credit emissions trading scheme — as the Business Council of Australia has recommended — will not be made.

“There was a strong joint commitment to policies that strengthen our regions — not weaken them,” Taylor said in a statement following his briefing to the Nationals party room.

“It was also clear that there was absolutely no appetite for policies that impact jobs or add to cost of living through an explicit carbon tax or a sneaky carbon tax. Which we won’t be doing.”

Last week, Morrison indicated that he would attend the COP26 climate talks in Glasgow, now just two weeks away, seemingly confident that he will have a more ambitious commitment to announce.

We will wait and see what reaction Morrison receives if he turns up to Glasgow without anything new to announce.

Federal Labor spokesperson for energy and climate Chris Bowen said Australians were entitled to feel betrayed by the federal government.

“I mean eight years in office, 21 energy policies, weeks before the most important climate change conference we’ve seen and the government doesn’t know what its policy is and the National Party is betraying rural and regional Australia and every Australian, regardless of where we live,” Bowen said on Monday.

“And I’m sick of this toxic identity politics that the government is addicted to of dividing Australia between urban and regional Australians. But every Australian is entitled to be just frustrated and white hot in anger that their government is not governing in the national interest.”

This article was first published by RenewEconomy and is reproduced with permission. 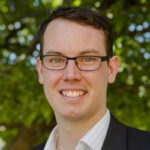