The Coalition paid the tax haven-linked Eastern Australia Agriculture nearly double what independent valuers recommended for water licences. Most of the record $80 million from the sale ended up with a Cayman Islands company established by Energy Minister Angus Taylor. Investigative journalist Kerry Brewster has this exclusive report. The Commonwealth paid nearly double its valuer’s central estimate when it gave Eastern Australia Agriculture nearly $80 million for its water licences, the Government’s valuation document shows. Most of the profit from this record price paid for water licences ended up with a company founded by Energy Minister Angus Taylor, Eastern Australia Irrigation in the Cayman Islands.

Barnaby Joyce approved the deal as water minister in 2017.

An unredacted copy of the valuation by Colliers International, obtained by independent senator Rex Patrick, appears to contradict findings by the Australian National Audit Office (ANAO) that the Commonwealth’s strategic water purchases were less than the maximum price recommended by valuers. The document shows a valuation range of $1,100 to $2,300/ML, with a central estimate of $1,500/ML for licences attached to Eastern Australian Agriculture’s Clyde and Kia Ora properties in the Lower Balonne valley, Queensland. The price paid by the Commonwealth – $2,745/ML – is nearly double the valuer’s central estimate and 19% higher than the top of the valuation range, according to analysis by Slattery & Johnson for The Australia Institute.

The valuation states that “the majority of [overland flow] licences would be considered to be in the lower end of the [$1,100 to $2,300/ML] range”.

The extraordinary premium paid to Eastern Australia Agriculture for licences described by Colliers’ valuer Shaun Hendy as “lower valued” water that could be taken by other “harvesters”, reignites the so-called Watergate scandal that enveloped the Energy Minister in 2018.

“Australians should be disturbed that their money has been spent paying well over the market price for these water licences. It’s no wonder the government went to such great efforts to keep the valuations secret.”

The opaque taxpayer-funded deal, which ostensibly bought water for the recovery of the Murray Darling River system, has been mired in scandal, with questions over the reliability and value of the water and the fact that Eastern Australia Agriculture was controlled in the Cayman Islands tax haven.

The price paid for overland flow water entitlements purchased from Eastern Australia Agriculture in 2017 was informed by an independent market valuation. While the valuation was $1,500/ML with a market value range of $1,100/ML to $2,300/ML, the valuation also stated that the department should be prepared to pay 10 to 30% above the standard market rate (i.e. up to $3,000/ML) for ‘properties of a high standard that have achieved above average levels of water use efficiency’ in this region.

‘No true market’ for overflow licences

But the term “standard market value range” does not appear in its valuation document. In fact, the Colliers valuation emphasises that “there is no true market” for Queensland’s overland flow licences, Maryanne Slattery’s analysis shows. Such a licence cannot be traded as it is attached to the land. The intermittent floodwaters it accesses can be “harvested” by other irrigators once flows leave the property. In 2016 the Queensland Government made an exception to the ban, allowing the Commonwealth to purchase overland flows for the environment.

The Commonwealth purchased overland flow licences from the nearby Balandool cotton property south of Kia Ora and Clyde for $800/ML, less than a third of the price it paid to Eastern Australia Agriculture.

The progressive think tank The Australia Institute, which has analysed the Colliers document, says it is clear the Eastern Australia Agriculture properties are not examples of high standard properties that could have potentially attracted a 10-30% premium. TAI, whose analysis has been instrumental in shedding light on the questionable transactions and the value of the water, noted this morning: “The valuation documents contradict claims by the Department of Agriculture and Water Resources that the valuer “stated that the department should be prepared to pay” a premium for the water rights”.

The Colliers valuer Shaun Hendy had previously assessed the Clyde and Kia Ora properties for Herron Todd White as the worst performing comparable properties with measures of efficiency just 39 – 47% compared to much higher-performing irrigation operations in the region.

Eastern Australia Agriculture was operating at a considerable loss prior to the sale, with net liabilities in 2017 of $28.5 million, up from $15.4 million in 2016.

According to the Australia Institute’s research director, Rod Campbell:

“Prior to the unredacted version being released, Department of Agriculture officials selectively quoted and misrepresented this valuation to suggest that a premium would need to be paid to the vendor due to the efficiency and quality of these properties.

“We now see that rather than the EAA properties being the best in the region, they are actually among the worst performers in various valuations and had rapidly increasing liabilities.

“The public has a right to know why so much was paid and who was responsible for paying so far above the valuation the department commissioned,” said Campbell.

The Australian National Audit Office said it does not comment publicly on its audits. 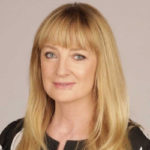 Kerry Brewster is a Walkley-award winning investigative journalist and documentary maker. As a specialist water writer, she has contributed to The Saturday Paper, Guardian Australia and The New Daily. A former ABC Lateline reporter, she investigated water corruption issues. She has also produced and directed independent documentary films, including “Demons at Drivetime”, which won the Dendy award for Best Australian documentary and the ABC TV series "Our Boys". Her Twitter handle is @KerryBrewster4