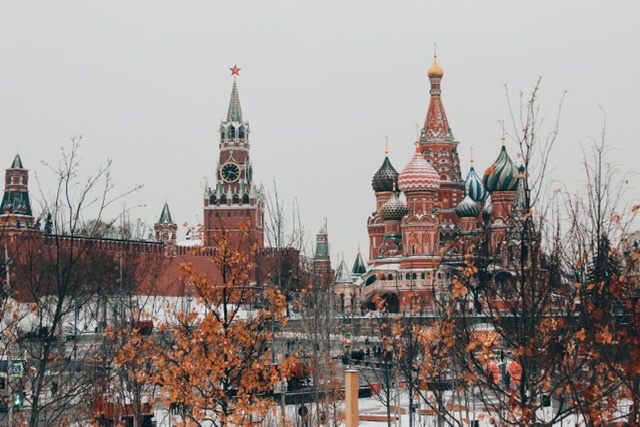 Let me begin by offering my warm congratulations to Messrs Hartcher and Sheridan (columnists for SMH and News Limited) and other rightwing media people around the globe.  They have helped achieve what many have long thought was impossible – bringing Moscow and Beijing together in firm anti-Western cooperation.

Moscow forced Beijing to fight and pay for the Korean War. Our hawks then used that war to renege on their 1949 promise to let Beijing take Taiwan,

In 1959 Moscow reneged on its promise to assist Beijing’s nuclear development plans in a dispute over relations with the US and Taiwan. That led to the ten year Sino-Soviet dispute causing the stalemate over Taiwan we see today.

Claiming that China, not the USSR, was responsible for the 1950-53 Korean War our hawks have since done everything they could to frustrate Beijing’s several attempts to improve relations wth the West, ending with the 1971 Pingpong Diplomacy.

Now they attack Beijing’s attempted solution to its Muslim problem in Xinjiang while ignoring the brutality of Myanmar’s expulsion of its Rohinga Muslim minority or India’s brutal 40 year suppression of  the Muslims in Kashmir.

Beijing is accused of aggression for its claims and island disputes in the South and East China seas.  Curiously almost all of those claims were created initially by Taiwan and accepted then by the US.

Taiwan still continues to occupy a much larger area of those claims than Beijing.

Taiwan continues its illegal and military occupation of some those islands close to China’s coast.  The US  twice threatened nuclear war to allow Taiwan to maintain that aggressive occupation.

Should Beijng have to accept that?

Meanwhile Moscow continues to have its problems with the West.  The EU and NATO without even pretense of apology have broken firm promises not to expand eastwards and towards Russia.

(And in the West they talk piously about Moscow breaking international rules.)

Moscow is accused of aggression in Eastern Ukraine.

Moscow has repeatedly said it wants the Donbas area in Eastern Ukraine to remain within Ukraine.(It has its own particular reasons for that.)

It seeks only to halt Ukraine’s murderous suppression of autonomy for the very large  Russian -speaking majority there – a right recognized by almost every Western nation for their own linguistic and cultural minorities, or in the US and Australia simply for component States.

But if the same thing happens in Ukraine that is vicious aggression.

Give us a break.

In Crimea, only after Ukraine turned violently anti-Russia in 2014 did Moscow seek to reverse Khruschev’s fat-headed 1954 decision to hand over the overwhelmingly pro-Russian population there to Ukraine.

The long Chinese and Russians dislike of each other owes something to past border disputes.  Partly it is also due to personality differences; many others also find it hard to get along with the culture-proud, hard-driving Chinese.

And Russians still remember the Mongol invasions and atrocities the 15th centuries.

Only after our hawks rejected Moscow’s requests to join the EU and NATO  (one wit says that was because our hawks were suffering from enemy deprivation) did Russia begin to turn east to China.

In 2018 I was invited to Moscow (where I once served the Australian Embassy) as part of an effort to persuade Western media of a few realities.

I was given full access to Foreign Ministry (MID) bureau heads, and a week visit to Crimea which I had first visited, together with Donbas, in 1964.

Many of the MID bureau heads were obsessed with the indignities being imposed on them by the EU, and the fate of oppressed Russian minorities stranded in former Soviet territories and now under EU influence and control.

In Crimea I found that apart from a 20 percent Turkic minority the region l remains firmly Russian in language and culture despite 80 years of Ukrainian occupation.

Finally it gets its well deserved autonomy under Moscow rule even as the West rants on about Russian aggression.

Beijing and Moscow have clearly decided they have had enough of this nonsense.  The meeting last week in China between China’s foreign minister and former ambassador to Japan, Wang Yi, and his opposite number, Sergei Lavrov, Russian foreign minister, former ambassador to the UN and first-class negotiator, was the start of a rapprochement that will straddle half the globe.

Lavrov said China and Russia,as two “like-minded countries,” should join forces to dismantle the U.S. dollar’s grip over the international payments system that enables U.S. sanctions. He added that the United States was “relying on the military-political alliances of the Cold War era.”

Ditto for our own homegrown hawks.

Gregory Clark is a former diplomat trained in Chinese and Russian.  After postings to Hong Kong and Moscow he resigned Foreign Affairs in 1965 in protest against the Vietnam War. He now lives in Japan where he has had a long journalistic and academic career, becoming  president of Tokyo’s Tama University.