Belarus is a follower, not a leader like the US in forced landings and attempted kidnappings.

By Reader Supported News
May 27, 2021
What Belarus did, while illegal, is not unprecedented. The dangerous tactic was pioneered by the  U.S. and E.U.  in an attempt to arrest Edward Snowden in 2013. Despite the rhetoric, the US is often in breach of the ‘rule-based international order’ when it suits its own purposes.

In 2013 Bolivian officials.. announced that in mid-flight, they were told by France, Spain and Italy that their permission to fly over those countries’ air space had been rescinded. Without enough fuel to fly an alternative route, the Bolivian pilot was forced to make a U-turn and land in Vienna. Bolivian officials were told that the reason for the mid-air refusal of these E.U. countries to allow use of their airspace was because of assurances they were given by an unspecified foreign government that Snowden was on the plane with (President) Morales, and that he was traveling because Bolivia had granted him asylum.

After Morales’ plane was forced to land at the Vienna airport, Austrian officials quickly announced that they had searched the plane and determined that Snowden was not on it. While Bolivia denied that they consented to any such search of the presidential plane, Bolivian officials angrily mocked the notion that Snowden would be secretly smuggled by Morales from Russia to Bolivia. The whole time this was happening, Snowden was in Moscow. Needless to say, had Snowden been on Morales’ plane that was forced to land in Vienna, Austrian officials would have instantly detained him and turned him over to the U.S., which had by then issued an international arrest warrant. The only reason Snowden did not suffer the same fate that day as the one Protasevich suffered on Sunday is because he happened not to be on the targeted plane that was forced to make an unscheduled landing in Vienna.

This is an extract from Reader Supported News. To read the full article please click here. 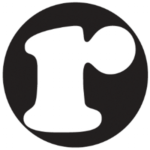