Best of 2022: China has neither the intent nor the capability to attack us 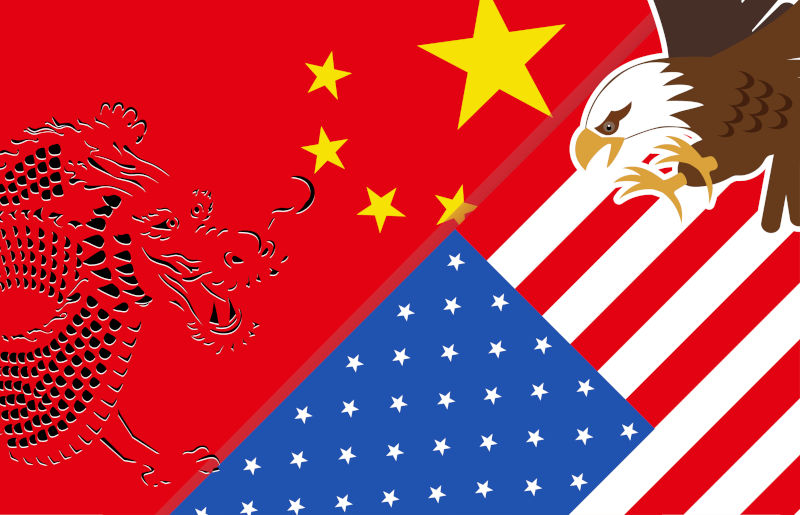 That is why the US is persistently goading China into conflict and possible war. And we follow along. As Jack Waterford put it from a US official, the US sees us as an ‘easy lay’.

What the United States really resents about China is that it is successful after almost two centuries of poverty and humiliation.

China has certainly changed but the problem is the US refuses to change and accept the fact that it’s no longer the  sole hegemon.

And the recent US election will not change anything in that regard with both the major parties having a common view about the ‘China threat’ and heavily influenced if not controlled by the military/industrial complex supported by a compliant media. We follow like a patsy.

The United States is by any measure the most aggressive and violent country in the world and will not accept a multi-polar world where countries large and small can live in peace together. The US has a dogmatic and self- righteous view that it is ‘exceptional’, a ‘chosen people’ and should set global rules for everyone.

It parrots endlessly about ‘ a rules based international order’. That is really code for US hegemony and domination. And to top up its cynicism, the US then cherry picks the rules that it decides to support.

The only military risk that we face from China is if we continue as a proxy for the US in its endless wars. The US is a dangerous ally, as Malcom Fraser put it.

With the complicity of our Ministers, senior public officials and journalists our national sovereignty is being seriously eroded. Our military is being fused with the US. We employ retired US military people in our Department of Defence. In Five Eyes our intelligence agencies take in the dirty washing of the CIA.

None of our Prime Ministers stand up for Australia in relations with the US like Gough Whitlam did fifty years ago.

Our ‘leaders’, think Richard Marles, have been on an American drip feed for so long they have an instinctive Washington mind set.

As China reasserts its historic world role there is no doubt that Chinese influence and footprint is growing in our region but there is no evidence whatsoever that we are under military threat from China. Yet the assumed military threat from China guides almost everything the Albanese Government does and says on strategic and defence matters. And our captured journalist join the anti China throng.

Scott Morrison and Peter Dutton must be delighted to find themselves mimicked by Anthony Albanese and Richard Marles.

China has neither the intent nor the capability to attack us. But as a settler society we remain fearful of our region with echoes of the yellow peril and White Australia.

China does not have a history of military aggression beyond the defence of its own borders. It has only one foreign base in Djibouti, mainly for anti-piracy purposes.

In contrast, the US has over 800 overseas bases including in Guam, Diego Garcia, ROK and Japan that ring China. The US fleet, with our support, regularly patrols off the China coast.

The US would have hysterics if Chinese vessels patrolled off the Californian coast and the Florida Keys. Or if China had B-52 type aircraft based in Mexico!

Not surprisingly, China is determined that it must have the military capability to defend its homeland. However, it does not project its military power around the globe as does the US.

China has not been engaged in military activity for the past forty years. In that time, the US has overthrown numerous governments and illegally invaded many countries.

China has a large and diverse population in areas such as Xinjiang, Tibet, Hong Kong, and Taiwan. It has land borders with fourteen other countries. Not surprisingly China focuses on domestic issues and the protection of its borders.

If China was an imperial power, it would have swallowed up Mongolia, a democratic, mineral rich state which is more than twice the size of Ukraine.

Japan is the only country that has threatened Australia. China never has. Japan occupied large parts of China in WWII and was responsible for the deaths of over 20 million Chinese people. Careless of its aggressive history Japan is again leading the anti-China frenzy in QUAD.

In recent weeks Pearls and Irritations has carried many articles about the ‘China threat’.

See below some brief comments from these articles and links to the full articles.

A genuine threat to Australia’s basic security interests would demand preparedness for war. Threats can be either military or non-military, but only a military threat will lead to war. Australia, like every other country, has problems and disputes with other countries, and economic difficulties and natural disasters that require humanitarian solutions. These non-military threats, even if defence forces are called in to help, should not be treated as military threats. I argue that there is no military threat from China.

The Defence Strategic Review: China is not a military threat

Since 1949 China has engaged in few combat operations outside its borders. The most significant of these was the push back against US and UN forces in the Korean war (1950-53), the brief war against India in 1962, and another brief war against Vietnam in 1979. It is now well over forty years since China has been at war. By contrast, the United States has repeatedly embarked on military interventions across the globe. In the course of the 20th century, it has participated in 38 armed conflicts, or one every three years, and since 2000 it has engaged in at least 11 wars, the equivalent of one every two years.

The Defence Strategic Review: Will it question the China phobia that currently holds sway?

Fear of China is of course not new in Australia. It was a driver of Federation at the end of the 19th Century and the first act of the new Federal Parliament was long recognised as ‘The White Australia Policy.’

Australia’s fear of China: renewed trust a matter of dialogue and respect

It is almost impossible to imagine any realistic circumstances, short of general war in the Asia-Pacific, under which China would launch a military attack on Australia. Certainly, in the context of expanding its influence in the region, China is approaching some countries, in the South Pacific in particular, that we have become used to thinking of as “ours”, but that should act as a spur for us to pay them more attention rather than anything else. The basic fact is that China has become the major resident power in the Asia-Pacific region and is, and will remain, active in it, and we simply have to accept and get used to that.

The Defence Strategic Review: We should regard the Taiwan issue as one for us to ‘sit out’

Forcing Asian countries, to choose between the USA and China is unlikely to work. Even close Asian allies of the US have shown that they prefer to go their own way in geopolitics.

Dealing with the ‘China threat’: An Asian perspective

China only very rarely sends troops outside its borders for war and virtually never for conquest. In contemporary times, it has not initiated a war since 1979, when it imposed a very short punitive war against Vietnam. But let’s note that in that war, Chinese troops made no attempt to seize the Vietnamese capital or change its government. This is in sharp contrast to American behaviour. Some scholars have developed the idea of the “American tributary system”. But it is very different from the essentially peaceful Chinese counterpart. It designates the system of alliances and partnerships (tributaries) through which the United States attempts to control the world. Unlike China, it sends its troops constantly to control the state ideologies of other countries and their system of government. It claims to be equal, but in fact it is based on domination and the maintenance of hegemony.

Modernity and tradition in China: The ‘tribute system’, and the absurdity of sinophobia

Who has a motive? No country is interested in invading Australia although there is a widespread assumption that China is hostile. Chinese hostility arises from our alliance with the USA which the Chinese see as a threat to their predominance just as the US sees China as a threat to its position as number one world power. If China and the USA went to war, China would then, but only then, have a motive to attack Australia and would certainly do so if only to take out American assets like Pine Gap, the Northwest Cape, Amberly and perhaps Darwin where US marines are based. It would have the capability to do this with missiles against virtually unprotected targets.

I have never felt that China was an enemy to Australia. In fact, I have always sensed that the idea of China as an enemy is a manufactured idea, and a convenient tool, to serve a range of needs ranging from Australia’s own domestic politics; insecurity as a Western nation adrift in an Asian region; an attempt to help maintain US hegemony in Asia in order to serve our security needs; a psychological need to be Deputy Sheriff to the US in Asia; fear that an authoritarian state will grow to dominate the region against the accepted status quo of Western domination; perhaps even the spectre of a Yellow Peril. Seemingly unable to deal with all these challenges alone, we put our trust in the US to stand alongside us in a show of strength. In doing so, we have effectively put our welfare, present and future, in the hands of the US. To please the Americans, we have taken their enemies as our enemies and often put ourselves forward in anticipation of their needs.

The Defence Strategic Review: Is China the real enemy?

America’s behaviour during its period of emergence as a great power conforms to the historical norm. China’s behaviour so far, defies the norm. Of the five permanent members of the UN Security Council (who represent the great powers), only one has not fought a war in 40 years; China. Indeed, China has not even fired a bullet across its borders since a naval skirmish with Vietnam in 1989. The recent fighting between Chinese and Indian soldiers was brutal and savage. However, both sides adhered to their agreement not to use their firearms. Article VI of this agreement, signed in 1996, states, “Neither side shall open fire, cause bio-degradation, use hazardous chemicals, conduct blast operations or hunt with guns or explosives within two kilometers from the line of actual control.” The strategic discipline shown by Chinese and Indian soldiers is commendable.

China is Prometheus Bound, or a constrained superpower. China is constrained by its history, geography but, most importantly, by its resource base.
Historically, China is still an empire with vast unresolved territorial issues inside its borders – Xinjiang, Tibet, Taiwan and now more recently Hong Kong. These unsettled areas from Beijing’s perspective threaten China’s territorial integrity. Fragmentation of the empire is a constant anxiety which commands the bulk of China’s security resources. Over the ten years to 2020, expenditure on internal security grew faster than on external security, that is the military to defend the country. Geographically, China has some 22,000 kilometres of land borders to defend with 14 countries on its borders. It has been in dispute and sometimes armed conflict with many of these since the PRC’s founding. In addition, China has ongoing maritime disputes with Japan.

China relies on something called soft power discovered by the Chinese long before the rest of us. Convinced of the attractiveness of its culture it long believed it can automatically draw people to its side without force of arms…

First published in Pearls and Irritations on November 11, 2022