Best of 2022: The great game in Ukraine is spinning out of control 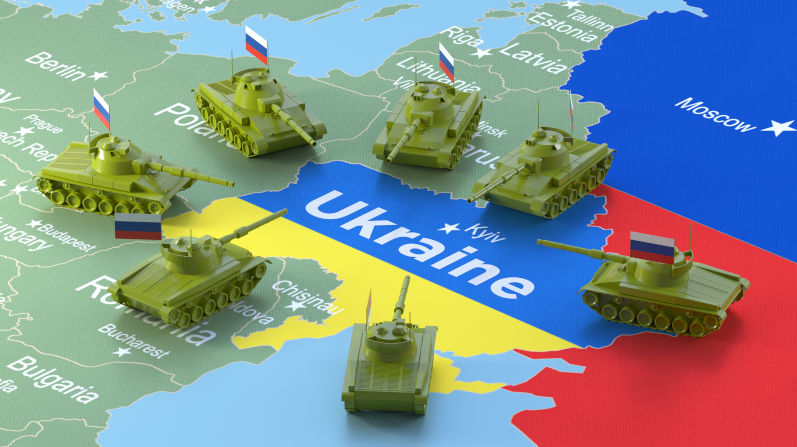 Former US National Security Advisor Zbigniew Brzezinski famously described Ukraine as a “geopolitical pivot” of Eurasia, central to both US and Russian power. Since Russia views its vital security interests to be at stake in the current conflict, the war in Ukraine is rapidly escalating to a nuclear showdown. It’s urgent for both the US and Russia to exercise restraint before disaster hits.

Since the middle of the 19th Century, the West has competed with Russia over Crimea and more specifically, naval power in the Black Sea. In the Crimean War (1853-6), Britain and France captured Sevastopol and temporarily banished Russia’s navy from the Black Sea. The current conflict is, in essence, the Second Crimean War. This time, a US-led military alliance seeks to expand NATO to Ukraine and Georgia, so that five NATO members would encircle the Black Sea.

The US has long regarded any encroachment by great powers in the Western Hemisphere as a direct threat to US security, dating back to the Monroe Doctrine of 1823, which states: “We owe it, therefore, to candor and to the amicable relations existing between the United States and those [European] powers to declare that we should consider any attempt on their part to extend their system to any portion of this hemisphere as dangerous to our peace and safety.”

In 1961, the US invaded Cuba when Cuba’s revolutionary leader Fidel Castro looked to the Soviet Union for support. The US was not much interested in Cuba’s “right” to align with whichever country it wanted – the claim the US asserts regarding Ukraine’s supposed right to join NATO. The failed US invasion in 1961 led to the Soviet Union’s decision to place offensive nuclear weapons in Cuba in 1962, which in turn led to the Cuban Missile Crisis exactly 60 years ago this month. That crisis brought the world to the brink of nuclear war.

In 1990, Germany and the US gave assurances to Soviet President Mikhail Gorbachev that the Soviet Union could disband its own military alliance, the Warsaw Pact, without fear that NATO would enlarge eastward to replace the Soviet Union. It won Gorbachev’s assent to German reunification in 1990 on this basis. Yet with the Soviet Union’s demise, President Bill Clinton reneged by supporting the eastward expansion of NATO.

Russian President Boris Yeltsin protested vociferously but could do nothing to stop it. America’s dean of statecraft with Russia, George Kennan, declared that NATO expansion “is the beginning of a new cold war.”

Russia’s opposition to NATO enlargement intensified sharply in 1999 when NATO countries disregarded the UN and attacked Russia’s ally Serbia, and stiffened further in the 2000’s with the US wars of choice in Iraq, Syria, and Libya. At the Munich Security conference in 2007, President Putin declared that NATO enlargement represents a “serious provocation that reduces the level of mutual trust.”

Putin continued: “And we have the right to ask: against whom is this expansion intended? And what happened to the assurances [of no NATO enlargement] our western partners made after the dissolution of the Warsaw Pact? Where are those declarations today? No one even remembers them. But I will allow myself to remind this audience what was said. I would like to quote the speech of NATO General Secretary Mr. Woerner in Brussels on 17 May 1990. He said at the time that: ‘the fact that we are ready not to place a NATO army outside of German territory gives the Soviet Union a firm security guarantee.’ Where are these guarantees?”

Also in 2007, with the NATO admission of two Black Sea countries, Bulgaria and Romania, the US established the Black Sea Area Task Group (originally the Task Force East). Then in 2008, the US raised the US-Russia tensions still further by declaring that NATO would expand to the very heart of the Black Sea, by incorporating Ukraine and Georgia, threatening Russia’s naval access to the Black Sea, Mediterranean, and Middle East. With Ukraine’s and Georgia’s entry, Russia would be surrounded by five NATO countries in the Black Sea: Bulgaria, Georgia, Romania, Turkey, and Ukraine.

Russia was initially protected from NATO enlargement to Ukraine by Ukraine’s pro-Russian president Viktor Yanukovych, who led the Ukrainian parliament to declare Ukraine’s neutrality in 2010. Yet in 2014, the US helped to overthrow Yanukovych and bring to power a staunchly anti-Russian government. The Ukraine War broke out at that point, with Russia quickly reclaiming Crimea and supporting pro-Russian separatists in the Donbas, the region of Eastern Ukraine with a relatively high proportion of Russian population. Ukraine’s parliament formally abandoned neutrality later in 2014.

Ukraine and Russian-backed separatists in the Donbas have been fighting a brutal war for 8 years. Attempts to end the war in the Donbas through the Minsk Agreements failed when Ukraine’s leaders decided not to honour the agreements, which called for autonomy for the Donbas. After 2014, the US poured in massive armaments to Ukraine and helped to restructure Ukraine’s military to be interoperable with NATO, as evidenced in this year’s fighting.

The Russian invasion in 2022 would likely have been averted had Biden agreed with Putin’s demand at the end of 2021 to end NATO’s eastward enlargement. The war would likely have been ended in March 2022, when the governments of Ukraine and Russia exchanged a draft peace agreement based on Ukrainian neutrality. Behind the scenes, the US and UK pushed Zelensky to reject any agreement with Putin and to fight on. At that point, Ukraine walked away from the negotiations.

Russia will escalate as necessary, possibly to nuclear weapons, to avoid military defeat and NATO’s further eastward enlargement. The nuclear threat is not empty, but a measure of the Russian leadership’s perception of its security interests at stake. Terrifyingly, the US was also prepared to use nuclear weapons in the Cuban Missile Crisis, and a senior Ukrainian official recently urged the US to launch nuclear strikes “as soon as Russia even thinks of carrying out nuclear strikes,” surely a recipe for World War III. We are again on the brink of nuclear catastrophe.

President John F. Kennedy learned about nuclear confrontation during the Cuban missile crisis. He defused that crisis not by force of will or US military might, but by diplomacy and compromise, removing US nuclear missiles in Turkey in exchange for the Soviet Union removing its nuclear missiles in Cuba. The following year, he pursued peace with the Soviet Union, signing the Partial Nuclear Test Ban Treaty.

In June 1963, Kennedy uttered the essential truth that can keep us alive today: “Above all, while defending our own vital interests, nuclear powers must avert those confrontations which bring an adversary to a choice of either a humiliating retreat or a nuclear war. To adopt that kind of course in the nuclear age would be evidence only of the bankruptcy of our policy–or of a collective death-wish for the world.”

It is urgent to return to the draft peace agreement between Russia and Ukraine of late March, based on the non-enlargement of NATO. Today’s fraught situation can easily spin out of control, as the world has done on so many past occasions – yet this time with the possibility of nuclear catastrophe. The world’s very survival depends on prudence, diplomacy, and compromise by all sides.