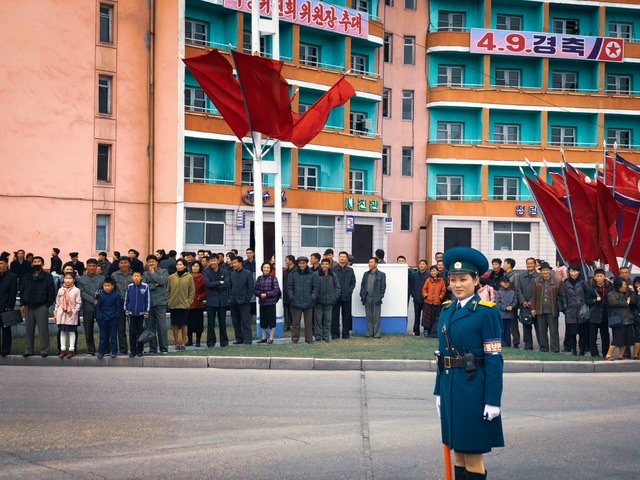 Last week’s meeting in Washington between Presidents Biden and Moon was the second summit hosted by Biden since his inauguration, following that with Japanese Prime Minister Suga. While not very much new on the North Korean front emerged the atmosphere surrounding it was remarkably more congenial and workmanlike than Moon’s previous meetings with former President Trump. Moon remained very meticulous in any public commentary about China but some significant bilateral business was achieved.

The meeting revealed little of any new policy initiatives on North Korea but it provided a valuable insight into the way Biden is managing alliance relationships.  Not only did he adopt a much more friendly stance, he had also prepared himself well across a broad range of topics – both bilateral and multilateral. And officials were present for most of the conversations. For Moon, the summit provided a welcome breath of fresh air at a time when his domestic constituency has been declining as he moves into the dreaded ROK limbo period of the last year of his presidency. The joint announcement following the meeting was very carefully worded – even respectful –  in regard to North Korea which was afforded for the first time in such documents its proper title (Democratic People’s Republic of Korea) throughout. Likewise, the word “China” did not appear anywhere in the long statement reflecting the continuing ROK concern about avoiding any public commitment to any criticism of China.

Although the key topic of the summit discussion remained North Korea the joint statement reveals little new in substance or insight of what Biden’s approach to the issue will be. A little surprisingly the statement predicates that the agreements reached between Trump and Kim Jong Un in Singapore and later in Panmunjom are“essential to achieve the complete denuclearisation and establishment of permanent peace on the Korean peninsula”. It recognised the need for dialogue with the DPRK to be the centerpiece of continuing efforts to achieve those goals but little else in any detail about what the next steps might be. Separately, Biden announced the appointment of a very experienced diplomat (Sung Kim) to be his special representative for contact with the North. Sung Kim’s own comments to the media that nothing much could happen until the DPRK made some serious commitments on the nuclear issue were an interesting open gambit!

All of which suggested that while North Korea remains such a daunting problem for Biden its priority on his already full agenda is lagging behind such current issues as Israel/Palestinian Palestine, Iran, climate change and the broader China and Russia challenges. At this stage, this looks very similar to the Obama approach of “strategic patience” and with no sign yet that it might prove any more successful in reining in the DPRK’s nuclear ambitions. It is clear from the statement and press remarks that Biden evinces little enthusiasm about trying to develop any personal relationship with Kim Jong Un. Already there are clear signs that Biden already is very much concentrating on the US domestic political scene in the lead up to next year’s midterm congressional elections. As he is running into serious difficulties in clearing legislation through the Senate he can be expected to focus his attention to foreign policy issues with a  direct domestic tail such as  his decision to instruct the intelligence agencies to determine once and for all the “real story” of the origins of Covid19.

Framed as “opening a new chapter in the US and ROK alliance” the statement carefully set out the common objective of both countries not only in regard to North Korea but to “our respective approaches” to the Indo Pacific region but meticulously avoiding any direct criticism of China. It is noteworthy that this was in stark contrast to the hyperbole about China in Biden’s joint statement with Japanese Prime Minister Suga.  The statement referred to the ROK’s “New Southern Policy” and the US vision for a free and open Indo Pacific and express agreement about the need to maintain peace and stability in the region including in the Taiwan Strait and freedom of navigation and overflight of the South China Sea.

It also reaffirmed support for Pacific Island countries and “inclusive regional multilateralism including the Quad”. But it did not contain any indication that the ROK had changed its position regarding membership of the Quad despite some media speculation before the summit. Indeed the first questioner at the joint press conference from the ROK media asked Moon whether Biden had pressured him to join the Quad. Passing the question on , Biden commented a little curiously “good luck”! Moon denied that there had been such pressure although the indications would appear to be that the US side had assessed that this would be a step too far for Moon and therefore had not pushed him.

Of particular interest, has been the Chinese reaction to this part of the joint statement. The  Chinese media, no doubt reflecting the official line, were quick to express satisfaction with the resistance Moon had demonstrated to pressure from Biden to toughen up his stand against China. The Global Times lauded the comment made by the ROK Foreign Minister after the summit that “In light of the special relationship between South Korea and China, our (ROK) government has refrained from making specific comments about China’s internal affairs”. The tone of Chinese media reporting appeared to be that the ROK had not crossed any red lines in discussions with Biden about containment of China. This highlights the fundamental problem for Biden in developing any new policy towards North Korea without solid support from China which had played such a key role in getting Kim Jong Un to his meetings with Trump – which clearly John Bolton had so seriously aborted. All of which was displayed so pointedly by the immaculate timing, after the Biden Moon summit, by Chinese Foreign Minister Wang’s publicising of his meeting with the new DPRK ambassador (a former trade Minister) in which he asserted that “China stands ready to maintain high-level strategic communication with the DPRK, actively promote pragmatic cooperation in various fields”. It always has to be recognised that the ROK relationship with China is not only a massive economic one but one in which China must play a central role in any final resolution of the Korean peninsula situation.

Of course, the other critical factor will be the DPRK’s response to the Biden:Moon summit. The DPRK leadership clearly have been biding their time to see what policy Biden decides to adopt. But recently there have been increasing signs that they were beginning to be irritated by the seeming slowness in Biden’s policy determining process. This could provoke Kim Jong Un into some more advanced nuclear or missile testing which could force a harsh response from Biden.

Much of the joint statement was given over to itemising some very significant bilateral issues between the US and the ROK. Not The least of which was the vexed question of supply of Covid vaccines. Although the ROK had done very well in its management of the Covid crisis,  it has run into serious difficulties of vaccine supply with a recent surge. The Korean media had speculated that Moon would be seeking a substantial supply of vaccines from US sources. That did not eventuate but Biden agreed to provide 550,000 doses of vaccine for the ROK armed forces who work side-by-side with US forces in Korea. Moon also sought access for Korean manufacturers of vaccine to US patents.

Absent from this summit were the previously long-running tensions about the funding of US forces in Korea. Instead,  the most important reference in the statement to the defence relationship was the US agreement to remove the cap on the size of missiles which the ROK could develop. In successive relaxations over recent years the range of such missiles had been extended to 800 kms -which encompassed the whole of the DPRK – while removal of the cap would allow missiles with an operational range to include parts of China and Japan.

Climate change also featured high with Biden explicitly encouraging the ROK to do more to contribute to the acceleration of the reduction of carbon emissions around the world. Of particular interest for Australia, both parties declared that :

“Building on President Moon’s declaration to end public financing for new overseas coal fired power plants and President Biden’s Executive Order on Tackling the Climate Crisis, the Republic of Korea and United States will work together at the OECD and in other international venues to end all forms of new public financing for unabated overseas coal-fired power plants.”

Considerable importance was attached in the joint statement to the need for both countries to “strengthen our partnership on critical and emerging technologies to promote our shared security and prosperity” – code for patching up the significant problems the Huawei controversy had caused the substantial ROK IT industry. Significantly, to coincide with the meeting, the leading South Korean companies announced promises of US$25 billion in new U.S. investment in coming years with a focus on bilateral cooperation in key technologies including electric vehicle batteries, semiconductors, and artificial intelligence.