When Joe Biden replaced Donald Trump as the US President on Jan 21, 2021, there were hopes he would abandon his predecessor’s discredited policy towards Hong Kong, and reestablish good relations with China. However, the pair of them have turned out to be as alike as Tweedledum and Tweedledee, albeit that Biden is less uncouth.

Lacking any sort of vision, outmaneuvered in Europe and faced with another foreign policy disaster in Afghanistan, Biden is now desperately trying to shore up his country’s global influence, even if it means embracing Trump’s cold war mentality and gutter tactics.

Whereas Trump decided that the best means of containing China was to stoke up problems in Hong Kong and elsewhere and poison relations as much as possible, Biden has proved to be no less myopic. Instead of promoting better dealings with China, he is afraid of showing any real statesmanship, believing Trump will accuse him of weakness. He has, therefore, decided that bullyboy tactics will, as in the past, best secure US interests, which is a serious miscalculation. He knows the importance of Hong Kong, and has concluded, like Trump, that the best way of undermining China is to damage the city, which is a classic example of inferior minds thinking alike.

This, of course, explains Biden’s “Hong Kong Business Advisory” of July 16, which warns US businesses about the risks they face in doing business in Hong Kong, and the sanctions he slapped on seven Chinese officials, over an alleged “crackdown” on democracy. On July 15, when discussing his business advisory,  Biden trotted out as justification the notorious Raabian myth about China having broken its commitments over Hong Kong after 1997, without, inevitably, providing the slightest evidence in support. It may, of course, be that he subscribes to the “big lie” theory, beloved of the propagandists, which holds that if a fallacy is repeated enough times people may start believing it. If so, he is no better than Trump, the man he once described, in their first presidential debate, as a “liar” and a “clown”.

In one bizarre twist, Biden started waffling away about China’s promise of universal suffrage, wholly unaware that Hong Kong could have elected its chief executive by universal suffrage in 2017 if the government’s proposal to facilitate this had not previously been blocked by opposition lawmakers. He was also apparently ignorant that Beijing’s commitment to universal suffrage as “the ultimate aim” for the elections of both the chief executive and the Legislative Council is not only still intact, despite the insurrection of 2019-20, but remains enshrined in the Basic Law (Articles 45 and 73). Quite why the US Consul General in Hong Kong, Hanscom Smith, did not brief his superiors before Biden made his gaffes is unclear, although the concern must be that he did brief them, but was simply ignored because inconvenient truths have no friends these days in Washington, DC.

Biden’s business advisory and sanctions came just over a year after Trump ordered an end to Hong Kong’s special trading status with the US, and imposed sanctions on the Chief Executive, Carrie Lam Cheng Yuet-ngor, and other officials. Trump’s sheer venom at the time was extraordinary, and, because they showed the depths to which the US is prepared to sink in order to harm China, his words bear repetition. Speaking of a supposedly long-standing friend of the US, Trump, on July 14, 2020, told Fox News that with the ending of Hong Kong’s trading privileges, it would lose its business attractiveness, its economy would “fail”, and it would no longer be able to “compete with free markets”. He then enthused that “Hong Kong markets will go to hell, nobody’s going to do business”, which, if true, would have destroyed many people’s livelihoods, to which he was impervious.

Indeed, Trump then declared he would harm not only the city’s financial industry but also its trade, and he decreed the removal of the “Made in Hong Kong” label from its products. Not once, however, did he deign to explain how damaging the welfare of Hong Kong people like this would help them in any way, and Biden has not attempted to do so either. It is, of course, wholly irrational, and their actions are only explicable on the basis they see Hong Kong as collateral damage, a city that can be sacrificed in order to destabilize China. Although some people thought Biden would operate on a higher plain, he has morphed into a Trump clone, aping his tactics, despite their obvious failure.

Over the past year, China’s economy has prospered, and it remains on course to surpass the US as the world’s largest by 2028. China’s GDP grew by 7.9 percent in the second quarter compared to a year ago, which represents a 12.7 percent growth rate in the first half of 2021. Exports have outperformed expectations, as demand for China’s products remains high, despite US efforts. If Biden believes that Trump’s policy of harming Hong Kong is the best way to advance US foreign policy objectives and contain China, he is not only delusional but also on a hiding to nothing.

Over a year has passed since the enactment of the National Security Law for Hong Kong, and peace and stability have been restored to Hong Kong, along with basic decencies. Even if the US preferred to see political chaos and widespread violence on its streets, the city’s workforce, business community and travel industry did not, and the return of normality has been welcomed by everyone, including the student population. The unpalatable truth for Biden is that, despite his country’s wrecking attempts, the city is actually doing very well, as US citizens living there could tell him, were he interested.

Although Hong Kong suffered its worst ever contraction in 2020, the economy grew by 7.9 percent in the first quarter of 2021, the biggest quarterly jump in 11 years. This was due to a big rise in exports, and the International Monetary Fund has now concluded that the city’s financial system remains resilient to future financial shocks and crises. In the past year, the amount of initial public offering funds raised in Hong Kong exceeded HK$500 billion ($64 billion), an increase of 50 percent. Business people, including those from the US, are only too aware that the city’s future is rosy, and that it would be sheer madness not to take advantage of the opportunities now opening up.

Although US banks were already considering their future in Hong Kong long before Biden asked them to do so last week, the signs are that they have done this and, despite the fearmongering, they remain positive. Citigroup, for example, announced earlier this year that it will be hiring up to 1,700 people for its operations in the city as part of its strategy to secure more business in the Guangdong-Hong Kong-Macao Greater Bay Area. Since the enactment of the National Security Law for Hong Kong, total deposits in the Hong Kong banking system have risen by 5.6 percent, to HK$14.9 trillion.  According to KPMG, Morgan Stanley’s assets in Hong Kong surged by 70 percent in the last year, and many banks see the city not only as a bridge to the mainland but also as a valuable market in its own right, and no amount of huffing and puffing by Biden can change that.

Indeed, the American Chamber of Commerce in Hong Kong, whose over 1,400 members represent sectors including financial services, law, logistics and real estate, responded to Biden’s business advisory by digging in for the long term. On July 16, it announced its belief that “this city has a crucial role to play as an international business hub”, and that it “remains a critical and vibrant facilitator of trade and financial flow between the East and West”. AmCham also disclosed that it had “just purchased a new site in Central Hong Kong to foster dialogue, allow businesses to network, to share ideas and espouse the values of transparency, free flow of information, rule of law and good governance”. This clearly sounds like a huge vote of confidence in the city, and Hanscom Smith will hopefully report this back to Washington, DC.

He should, moreover, also ensure that Biden appreciates the assessment of AmCham’s former chairman, Jim Thompson, who has lived in Hong Kong for over four decades, and probably understands the situation here better than any other American resident. On May 28, he said that his company, Crown Worldwide, which has offices throughout Asia, has operated in Hong Kong for over 50 years, and “we have not found any city that offers a better environment for business than the city; bordering China (the Chinese mainland) just makes the city here even more exciting”. This was as powerful an endorsement of Hong Kong as could be imagined, and is one to which any sensible leader would have regard. It may, of course, be that Biden, like Trump, disregards any views that contradict his own biases, but they do at least put him on notice that the city has friends of all nationalities, and is certainly no pushover.

Although anything said these days by the former governor, Chris Patten, must obviously be viewed with scepticism, even he occasionally has lucid moments. On Dec 5, 2016, on his last visit to the city, he said “nobody has ever made money betting against Hong Kong, and Hong Kong usually comes out on the right side of the argument, and certainly on the right side of history”. As Patten knew this, it is regrettable that Biden, like Trump before him, does not, and he will now have to learn the hard way that Hong Kong knows not only how to hold its own, but also how to overcome adversity and move ahead.

Anybody who thought Hong Kong could not see off those who wish it ill is either a fantasist, a fool or a knave. With its inner strengths, and supported by the great Chinese family and its global friends, its best days are yet to come. The sooner Biden realizes this and demonstrates some real leadership, the better it will be for US foreign policy and interests.

This article has been republished from the China Daily. 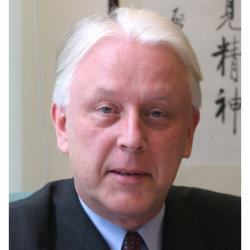