Biden’s summit for democracy: China-bashing and the economics of human rights

The US President has announced that he will be issuing invitations to world leaders to talk about democracy, authoritarianism, and human rights, at a Summit to be held in early December. The Summit for Democracy, as the US State Department has titled the gathering, is aimed at shoring up fading support for the USA and to up the ante on its anti-China rhetoric. Democracies and what are described as ‘emerging’ democracies are to be invited, although the guest list will be an arbitrary affair and very much in the hands of the host.

The State Department has declared that ‘we have to prove democracy still works and can improve people’s lives in tangible ways. To do that, democracies have to come together … to stand together in defending against threats from autocracies; and to show we can address the most pressing crises of our time.’ The statement does not go so far as to offer any clues as to which countries among the ‘emerging’ democracies will be invited, or what qualities, apart from an acceptance of US global leadership, that these governments will need to display. We can assume that some former Soviet allies will be on the list. Poland and Hungary, in all likelihood will make the cut, despite a disturbing recent political track-record. Lithuania should qualify. It has already stepped up to the plate in its anti-Russian stance and is now basking in American praise for its anti-Chinese posturing. The final list will be an interesting one.

The Summit is set to focus strongly on human rights issues and will essentially be used as a stick with which to beat China. China, after all, is routinely accused of violating human rights. Perhaps this is so, although the Chinese government, for their part, link their economic growth to a capacity to extend essential human rights to its people. The Chinese view of things is that before anyone can talk in terms of human rights in a universal manner, it is first necessary to provide a degree of economic security that allows people to be a little more expansive in their views.

People’s horizons tend to shrink if they are faced with grinding poverty, insecurity, homelessness, lack of healthcare and the worry about putting food on the table. Any consideration of finer, more abstract, big-picture things remain an unattainable luxury for billions of people on the planet.

The first of the basic human rights identified in the UN Charter is the right to life, liberty, and personal security. The single biggest obstacle to achieving this most elemental of human rights is poverty. Today there are 690 million people in the world living in absolute poverty, and almost half of the global population live on less than $5.50 per day. There can be no human rights for these people. The total wealth of the planet is $413 trillion. Less than one per cent of the population own as much wealth as 6.8 billion people. This is, by any measure, a violation of the most basic of human rights, but it is unlikely to be a significant agenda item at the Summit. The ‘democracies’ present at the meeting are home to the bulk of the richest people on earth and even in these same democracies, inequality is growing, poverty is growing, and rights are being diminished.

The Chinese government recently released a ‘White Paper.’ While it focuses on the economic gains made by China and projections for the future, it pays special attention to the link between economic well-being and the advancement of what they declare to be real human rights. The paper includes some rather interesting statistics and when considered alongside the right to life, liberty, and personal security, are worth considering.

To begin with, China has now completely eradicated extreme poverty. The least well-off live almost exclusively in rural China but conscious efforts have been made to reduce the gap in living standards between the city and the countryside.  Poverty and a lack of education go hand in hand. Ninety-five per cent of rural Chinese are now completing at least nine-years of school education. Almost 52 per cent of students completing college and university studies in the country are women. All of these are encouraging figures. In each case the figures are increasing over time and increasing rapidly as their economic base broadens. Life expectancy is now comparable with that of the USA or Australia. Access to health care and social security is a given. All of these things provide a base upon which that elusive first basic human right can be achieved.

The ‘White Paper’ does not make comparisons across countries. Its focus was to look at what has been achieved and consider what might be achieved as its economic position continues to grow. Comparisons, while unhelpful often seem inevitable. China and India were once frequently compared when speaking of literacy, life expectancy, education, and the rest. The basis was, of course, the low economic starting point, the arrival on the world stage as new states at almost the same time, the size of the populations, and the choice of social and economic paths that each took. There is little to be gained in comparing these two states in 2021. India still struggles to achieve many of the pre-requisites that would allow it to deliver on that same first elemental human right, but technically India can still expect to get its invitation and be part of Biden’s gathering of champions of democracy and human rights. It will be welcome to throw metaphorical stones at the authoritarian Chinese.

The Summit for Democracy could easily publish its communique now. It is all rather predictable. China will be further attacked, but the lives of the billions who are denied even the most basic of human rights will remain untouched. 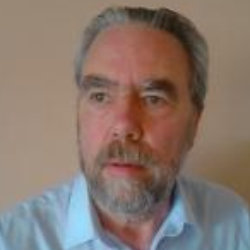