Blinken’s visit to the colony 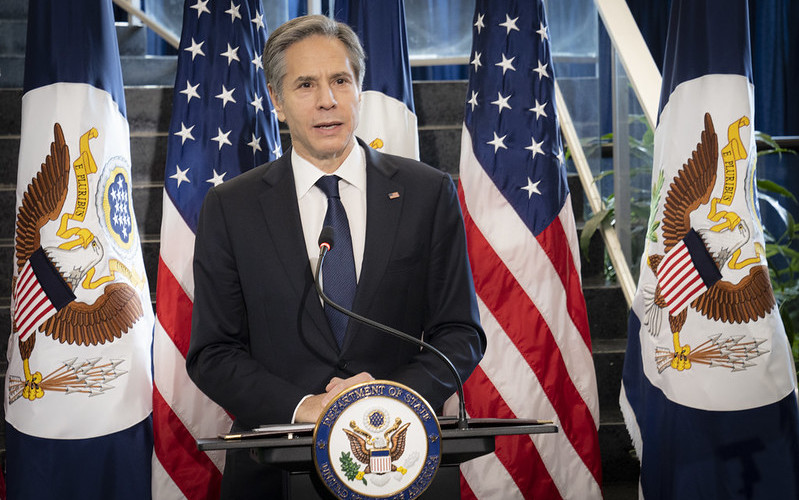 It must be a sure handicap to be saddled with such a name when piloting a large government department, but US Secretary of State Antony Blinken shows no sign of that bothering him.  It has, however, become a hallmark of a policy babble that is markedly devoid of foresight and heavily marked by stammering confusion.

On his trip to Australia, Blinken showed us, again, how morality and forced ethics in the international scene can be the stuff of particularly bad pantomime.  He sounded, all too often, as an individual sighing about the threats to US power while inflating those of its adversaries.  Russia and China were, as they tend to be these days, at the front of the queue of paranoid agitation.

In an interview with The Australian, Blinken was adamant that “there’s little doubt that China’s ambition over time is to be the leading military, economic, diplomatic and political power not just in the region, but in the world.”  He admitted that the US had its own version of an “international order” – but that vision was “liberal”.  Beijing’s was profoundly inappropriate.  “China wants an (international) order, but the difference is its world order would be profoundly illiberal.”

Blinken was also pleased at what he saw on his visit to the University of Melbourne.  “My stepfather is an alumnus, so that was wonderful to reconnect, also just to talk to some remarkable young Australians who are really the future of the relationship, the partnership between us – incredibly engaged, incredibly smart, incredibly thoughtful about the present and the future.”  And, no doubt, handpicked for the occasion.

Russia’s behaviour was also the subject of the Blinken treatment.  Australians, warned the secretary, faced a solemn choice before Moscow’s stratagems.  “Russia, right now,” he told an Australian news program on the ABC, “poses an immediate challenge, not just to Ukraine … but to some very basic principles that are relevant to the security not just to people in Europe, but throughout the world, including Australia.”  That’s considerable reach for a power with an economy that is only marginally larger than Australia’s.

Blinken’s babble about international liberal orders and territorial integrity echoes the Truman Doctrine in the early stages of the Cold War, one that ended up bloodied and sodden in the rice fields and jungles of Indochina.  In time, variations of this same, pathetic overreading of imminent crises and threats would propel US forces into Iraq and Afghanistan, and what a supreme mess those engagements turned out to be.  All that mattered were the substitutes: in the case of Afghanistan, Islamic fundamentalism twinned with terrorism; in the case of Iraq, Weapons of Mass Destruction never found and forced links with al-Qaeda never proved.

Blinken’s visit had also inspired the Australian Prime Minister Scott Morrison to wax lyrical about the sanctity of borders, something that proved somewhat irrelevant when Australia’s defence personnel found themselves serving as auxiliaries of US military efforts.  He wanted “to send a very clear message on behalf of Australia, a liberal democracy who believes in freedom and the sovereignty of states, not just in Europe, but in our region as well – that the autocratic, unilateral actions of Russia [are considered] to be threatening, and bullying Ukraine is something that is completely and utterly unacceptable.”

Despite such statements, little is being done to stop the trains heading towards the precipice of conflict.  Everything is being said about getting citizens of other countries out of Ukraine before the bloody resolution.  In late January, of the 129 diplomatic missions based in Ukraine, four had announced the departure of family members of personnel: the US, UK, Australia and Germany.

US President Joe Biden has been the leading voice on this move, adding kindling in urging that, “American citizens should leave, and should leave now.”  In an interview with NBC News, he did nothing to quell concerns.  “We’re dealing with one of the largest armies in the world.  This is a very different situation and things could go crazy quickly.”

The Australians, unimaginatively obedient, have also issued similar calls of evacuation, suggesting imminent conflict.  Canberra has become rather adept at evacuating embassy staff and shutting down operations in the face of a crisis.  “Given the deteriorating security situation caused by the build up of Russian troops on Ukraine’s border,” Australian Foreign Minister Marise Payne stated, “the Government has directed the departure of staff at the Australian embassy at Kyiv.”

Ukrainian officials have not been too impressed by these very public sentiments of jumping ship.  Volodymyr Shalkivskyi, based at the Ukrainian embassy in Canberra, wished to “avoid panic and different kind of rumours that the invasion is inevitable.”  Ukrainian President Volodymyr Zelensky also told reporters in southern Ukraine that, “The best friend of enemies is panic in our country.”

The Ukrainian premier even went so far as to invite Biden to visit Kyiv to ease tensions, something he is unlikely to do, given the calls to evacuate US citizens.  “I am convinced that your arrival in Kyiv in the coming days, which are crucial for stabilising the situation, will be a powerful signal,” Zelensky is supposed to have said in a call to the US president.  He hoped that this would “help prevent the spread of panic.”

While Zelensky’s role seems increasingly marginal, one blowed sideways by the winds of events increasingly beyond his control, Blinken’s focus, and that of the Biden administration, remains affixed to the Indo-Pacific.  Last year’s AUKUS agreement, negotiated in secret and in defiance of other alliances, including that with France, suggests that whatever Moscow’s intentions, China remains the primary, nerve racking concern.