BLM and MAGA movements: regime violence can increase the success of non-violent campaigns

In spite of the harsher treatment from security forces of Black Lives Matter protestors relative to those representing Make America Great Again, it would appear that BLM’s outcome was  more favourable. This can be explained by applying the concept of ‘political Jiu-Jitsu’.

On 6 January, several hundred Trump supporters stormed the US Capitol and temporarily halted the certification of Joe Biden’s election as President-elect. The supporters – known broadly as MAGA (Make America Great Again) – started as an electoral machine-turned-protest-movement after Trump’s loss. In response, the focus of the main media and politics has rightfully been on the failures of security forces to contain the protests. Uncomfortable parallels were also drawn with the far more forceful police response to the mid-2020 Black Lives Matter movement.

Jiu-Jitsu is a martial art based on manipulating opponents’ force against them. Political Jiu-Jitsu extends this idea to non-violent action, where the opposition movement takes the pressure of regime oppression and directs it into receiving more supporters. More supporters create greater strength and a greater likelihood of achieving goals.

The concept of political Jiu-Jitsu helps to explain how the US State response to the MAGA riot – either by design or by luck – effectively undercut popular, political and security sector sympathy towards the movement.

The Tahrir Square movement in Egypt resulted in long-time dictator Hosni Mubarak being unseated when protestors gained the support of the military after initial repression by the police. Because domestic and external audiences saw the oppression of the Egyptian regime, there was pressure on the security forces to refuse orders to do violence against civilians and instead side with the non-violent movement.

How do these ideas apply to the manner in which security forces interacted with BLM and MAGA movements?

Both MAGA and BLM can be considered predominantly non-violent movements in so much as for the most part they did not use or threaten physical harm against opponents. That is not to say these movements are non-violent in the Gandhian tradition. There is a rising incidence of both left and right-wing Americans supporting the use of violence to achieve political ends, and there is substantial evidence that the MAGA storming of the Capitol was grounded in credible calls for violence and, in some cases, civil war.

However, the use of large gatherings of unarmed civilians and claims of victimisation from both demonstrate a clear use of non-violent tactics aimed at garnering sympathy and support for the cause.

The response of law enforcement to both movements was different – characterised as suppression of BLM versus a relatively light treatment of MAGA. Statistical research appears to bear out the idea of systemic racism as the key factor in the different response, and analysis of white supremacist infiltration into law enforcement underscores why this may occur. This has rightfully provoked indignation, which leads to the divergence in outcomes for the two movements.

BLM has doubtless been more successful. Joe Biden was elected President on promises to reform police and the ‘defund’ goal enjoys support among many Democrats, representing major goals of the movement.

Meanwhile, the MAGA movement has lost control in all three chambers of political power. The outrage among Republicans has resulted in the repudiation of Trump and a loss of political capital for MAGA. Trump has been banned from Twitter, is facing calls on multiple fronts to step down or face impeachment, and his early pole position for a 2024 Presidential candidacy is now in ruins. The MAGA movement has splintered, opening up avenues for exploitation by security agencies and for the baseless conspiracy theories driving the movement to be undermined.

Security weaknesses targeted on 6 January will be addressed, lessening the chances of future successful insurgency tactics. Disillusionment is enormous, in particular among the QAnon adherents. Perhaps the greatest failure of the MAGA movement was with the fanciful coup efforts falling before they even started, with the categorical refusal of the Pentagon to entertain military support for the movement.

How far can this analysis be taken? Is it possible that the security strategy has been informed by the threat presented by the two movements? Is it fair to assume that the BLM movement was seen less as an existential threat, less likely to push for maximalist outcomes of regime change, thus freeing up security forces to use harsher tactics?

Is it then reasonable to assume that the greater potential danger presented by MAGA – with a clear goal of regime change (or autogolpe) – was treated in line with the approach predicted by an understanding of political Jiu-Jitsu?

The strategy involved in policing both movements may never be fully known – though it seems impossible that ceding the Capitol was planned in advance. The complexity of security operations, learning from previous failings and knowledge of a reform-minded incoming administration are no doubt factors in divergent outcomes.

As, of course, is the identified systemic racism shown to exist in the security forces. One thing is clear though: if the MAGA movement’s intent was to achieve regime change, the first move has failed miserably. This is in no small part due to the discipline of the overwhelmed Capitol Police, who appear to have avoided inflicting casualties as far as reasonably possible, denying MAGA the audience sympathy necessary to push a shift in loyalty towards their cause. 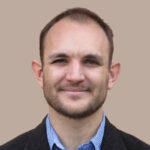 Richard Bell is a PhD candidate at the University of Queensland.
https://www.richardbellanalytics.com/