Such numbers and claims deserve closer scrutiny. What comprises the $8b and how far does it go in addressing the need? What have been the differences between recent Coalition and Labor Government policies in this area?

The two largest and long-standing components of Federal housing expenditures are:

Last year and this, the HomeBuilder program has been bloating Federal expenditure. Expected to total over $2b in payments, this program is effectively a government gift to middle income home buyers/owners.

Rent Assistance expenditure has been increasing steadily over a long period and more so during the pandemic as 400,000 additional renters received this support. This payment provides much needed immediate relief from rental stress for those eligible.  But what of its longer-term costs and benefits?

From the early 1990s successive Australian Governments have placed increasing reliance on Rent Assistance (RA) as the primary form of help for lower income renters to be housed more affordably. Paradoxically, though, rental stress has remained stubbornly high with over 40% of recipients from  2016 to 2019 still paying more than 30% of their income in rent after receiving RA . Subsequent COVID-19-related income support measures and rent moratoriums have temporarily alleviated this situation somewhat.

Rental stress is entrenched largely because, without other actions, RA does not redress the underlying shortage of affordable private rental housing, which was estimated to have reached over 300,000 dwellings in 2016, up from 138,000 in 2006. Instead, it props up rising rents at the same time as becoming an increasing drag on the national budget.

And what of the effectiveness of the other main component of the Government’s housing assistance package – provision of social housing and supporting the homeless?  To their credit, post-2013 Coalition Governments have maintained funding for homelessness services at the enhanced levels established under the outgoing Rudd Government. These services provide temporary housing and personal support to the homeless, but they do not address their likely ongoing need for secure affordable housing in either the private or social rental sectors.

Given the demonstrable failure of the private rental market to supply affordable housing, access to social housing is critical to government ambitions to reduce homelessness and housing stress. The Howard Government severely cut payments to the states for social housing and pre-1996 base funding levels have never been restored. And while the Rudd and Gillard Governments significantly increased funding for social and affordable housing, including a big component for remote Indigenous housing, their fixed-term initiatives have either expired or have been dropped by the Coalition since 2013.

A key indicator of the adequacy of the current level of funding for social housing is revealed by measuring its share of the whole market. Tellingly, this share fell from 6.3% to 4.2% of all dwellings between the 1991 and 2016 census periods.  So, if the objective is to maintain access to social housing for homeless people and other vulnerable renters (and perhaps also to reduce the cost of RA) plainly we need to be spending more to keep up the supply of social housing.

In this regard, the Turnbull Government’s 2018 creation of the National Housing Finance and investment Corporation (NHFIC) has been widely embraced as a worthy supply-side initiative.  NHFIC’s role here is to deliver low-cost loans (by using long term bond finance raised under a government mandate) to not-for-profit (NFP) developers of affordable housing. NHFIC’s potential, however, has been severely curtailed from the start by a lack of complementary policies to enable these NFPs to initiate more development, such as by allocating them public land or enabling them (through planning policies and a funding boost) to acquire privately owned sites. The necessity for such support is laid out in black and white in the Federal Government’s own advisory report by Treasury officials.

As acknowledged last month in the report of a Government-initiated Inquiry into Homelessness in Australia, a key missing element that could inform judgements about the adequacy of housing expenditures is an official measure of housing need.  Adopting a needs-based approach to funding housing and homelessness, as recommended in the report, would help governments better design and cost the mix of policy actions to be used. And, unlike throwaway references to expenditure levels, it would tell us just how far the Government’s housing endeavours go towards addressing established needs. 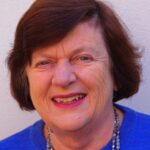