BOB BIRRELL AND KATHARINE BETTS. Australian universities’ dependence on overseas students: too much of a good thing.

In November 2018 we published an analysis <http://tapri.org.au/wp-content/uploads/2016/02/Final-overseas-student-revisited.pdf> of the higher education overseas student industry. It was framed around the remarkable growth in the share of commencing overseas university students to all commencing students over the years 2012 to 2016. This share increased from 21.8 % in 2012 to 26.7 % in 2016. Since publication, higher education statistics for 2017 have been released. They show <http://tapri.org.au/wp-content/uploads/2016/02/Final-overseas-student-revisited.pdf> that the share of commencing overseas students to all commencing students have increased to 28.9 %. In the case of the Group of 8 (Go8) universities, by 2017 this share had reached well over 40 % in the University of Sydney, ANU, and the University of NSW (Table 1).

The following brief summary indicates why such extreme reliance on overseas students should be of concern. We then explore another issue, not canvassed in the November report. This is the implications of the rapid growth in overseas student commencements for access to higher education on the part of domestic students.

This a highly topical matter because in December 2017 the Coalition government announced that it would henceforth cap the level of domestic higher education enrolments. Since that time, Australia’s universities, including the Go8, have mounted an offensive against this decision on the grounds that it limits opportunities for domestic students. Yet the enrolment data examined below indicates that, at least since 2012, the Go8 have effectively enforced just such a cap on domestic enrolments.

The November report argued that the overseas student industry was in a precarious state because of its increased reliance on overseas student enrolments. The share of overseas commencing students to all commencing students at Australia’s universities increased from 21.8 % in 2012 to 26.7 % in 2016. We concluded that the tail was wagging the dog. That is, such was our universities’ reliance on overseas students, that most were prioritising the health of the overseas student industry over the educational needs of domestic students. In the case of research, the universities’ focus was primarily on basic research. This is because it is this that is relevant to their aspiration to achieve a place in the top 100 institutions in the global university ratings systems. As documented in the November report, research of this kind is the most likely to be accepted by the top international journals that drive the ratings system. Research focused on local priorities wouldn’t make the cut.

Students’ (or parents’) willingness to pay for such high priced courses can be attributed to the fact that they deliver credentials from a university rated in the international top 100. (This includes almost all of the Go8.) Qualifications from these universities appear to be highly regarded in the Chinese labour market. Relatively few of these Chinese students stay on in Australia after completing their studies. This enrolment pattern helps explain the universities’ focus on basic research. In order to maintain enrolments from China, they have to promote such research because it scores best on the metrics used by the international ratings systems.

The second market is composed of almost all the other universities. The number of overseas students enrolling in these universities also increased significantly between 2012 and 2016 (though at a slower rate than occurred in the Go8). However the countries of origin were primarily located in the Indian subcontinent. Most of these students were attracted to Australian universities because of the access their enrolment gave them to the Australian labour market and thus to the potential of a permanent residence visa.

We concluded that the overseas student industry was in a precarious state. In the case of the Go8, overseas enrolments were vulnerable on three points.

First is the risk of reputational damage on account of the poor quality of the education overseas students are receiving. In the business and commerce faculties at the Go8, where Chinese students often constitute the majority, such courses have had to be made less demanding so that the many Chinese students with relatively limited English language skills can cope with their requirements. Then there is the risk from geopolitical tensions that threatened Chinese enrolments. And finally there is the risk of competition from other countries.

For the other universities the main issue is current changes in the rules governing overseas-student access to the Australian labour market and to long-term employment contracts. This means that their chances of obtaining a permanent residence visa are contracting. As a consequence we argued that these changes would diminish the attraction of enrolling for higher education at a non-Go8 Australian university.

Table 1: Per cent share of commencing onshore* overseas  students to all onshore commencing students, Go8 universities and all Australian higher education institutions, 2012, 2016 and 2017

* The term onshore is used to distinguish overseas students being educated in Australia from those in Australian campuses set up overseas. The latter are not included in these figures.

Australia’s universities repeatedly assure the Australian public that increased enrolments of overseas students are not damaging the prospects of domestic students aspiring to a university education. Rather, they state that the two sets of enrolments are independent of each other; opportunities for locals are not being crowded out. How could this be? Well, according to a 2014 policy document <https://go8.edu.au/files/docs/publications/international_students_in_higher_education_and_their_role_in_the_australian_economy.pdf> from the Go8, international students actually ‘directly facilitate domestic participation in higher education’. This is achieved, the document claims, because revenue from overseas student fees contributes to the costs of domestic education. It asserts that international student fees ‘subsidise each domestic student by around $1,600’.

The result is that a very high share of the cohort of university age are currently enrolled as higher education students. In fact, university competition for potential domestic students is such that some universities have seen a drop in their domestic enrolments over the past couple of years. Concern that this enrolment scramble had gone too far (and was costing the Commonwealth government too much in funding) prompted the Coalition government in December 2017 to announce that it would re-impose enrolment caps in 2018 (caps which Labor promises to withdraw should it win government in 2019).

The universities have responded to these caps by insisting throughout 2018 that they amount to a reduction in opportunities for domestic students. According to Margaret Gardiner <https://theconversation.com/margaret-gardner-freezing-university-funding-is-out-of-step-with-the-views-of-most-australians-92570>, Vice Chancellor at Monash University, the cap acts as a funding freeze which ‘will limit the share of highly-skilled well-paid jobs in our economy that can be done by qualified Australians in the decades ahead’. Or, in the words of the newly appointed (in June 2018) Chief Executive <https://www.universitiesaustralia.edu.au/Media-and-Events/media-releases/OPINION-#.XBiDRvxS-el> of Universities Australia, the reinstating of caps puts an end to the ‘unearthing and unleashing’ of talent that has occurred since the caps were removed, starting in 2009.

If expansion of overseas student enrolment was helping to create opportunities to increase domestic enrolments you would expect that more domestic students would be gaining places in Go8 universities. Over the period 2012 to 2017, when there were no caps on the number of domestic students that any university could enrol, domestic student commencements at Go8 universities barely moved. They were 87,939 in 2012 and 87,930 in 2017. By contrast, over these same years the number of overseas student commencements at the Go8 increased from 30,320 to 56,363. (The data are drawn from Higher Education Statistics releases, various years.)

Given that there were no caps in place, the Go8 could have taken more domestic students over these years. Many more thousands of these students would have jumped at the opportunity to attend a Go8 university. They were precluded from entry by the high ATAR <https://www.uac.edu.au/future-applicants/atar> entry thresholds imposed by Go8 universities. Such is the Go8 universities’ prestige that they attract the best domestic performers in secondary school exams. Like the overseas students, domestic students know that a credential from a Go8 university gives them a competitive advantage in the labour market (in this case within Australia).

The stabilisation of domestic enrolments was not because the Go8 lacked the capacity to increase their student load. They did have the capacity, but all of it has been taken up by increased enrolments from overseas students.

Australia’s universities, especially the Go8, are caught in a vicious circle as their reliance on overseas student revenue deepens. This reliance means that they cannot prioritise teaching which benefits the vocational needs of their domestic students, to expand enrolment opportunities for domestic students or to focus on research activities relevant to Australian industry or the wellbeing of Australian citizens. 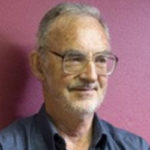 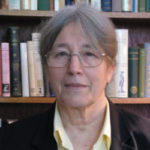 Katharine Betts is an Adjunct Associate Professor of Sociology at Swinburne University of Technology.