Bob Carr – Keep the peace between China and the US: our goal 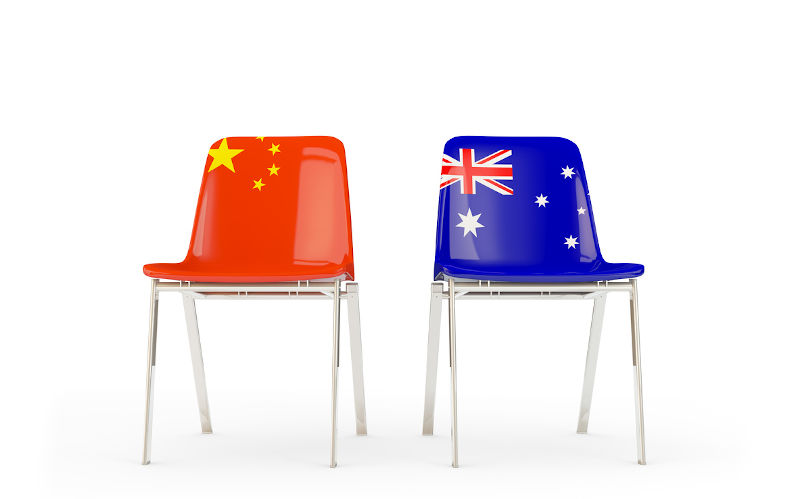 If there is conflict between the US and China this is how things might go- a crisis meeting of the Australian cabinet with a resigned air and desultory exchanges, until someone – defence minister or prime minister – says something like, “Well, there’s no alternative, is there?”

And the war comes, to strains of the World War I recruiting song “Australia Will Be There.” The vision is pure dystopia, our national nightmare. It could spell the end of the Australian national story as we know it.

There had once been a strategic ambiguity about the question whether we join such a showdown. But the China Panic unleashed by Malcolm Turnbull and John Garnaut in 2017 disposed of any notion that we could decide when the time comes. It was later given full expression with Marise Payne’s astonishing statement on “weapons inspectors” to Wuhan. In retrospect this concentrated Panic of 2017 to 2022 delivered one essential underlying shift. We went from keeping open our options in the event of such a war, to being signed up to automatically enter it on day one. Maybe this had been the goal of the China Panic from the very start.

The shift was captured by Peter Dutton on November 12 2021 saying, “It would be inconceivable that we wouldn’t support the US in an action if the US chose to take that action.” Inconceivable? Hitherto we had said such talk was hypothetical and had never given away our sovereign right to decide for ourselves. Menzies had rejected Taiwan commitments on half a dozen occasions. Alexander Downer gushed in 2004 that on Taiwan the ANZUS strategy would not apply. Bold, unrehearsed but the truth- until then.

Prime Minister Malcolm Turnbull had assiduously paved the way for the shift- a shift that, in retrospect may have been the most fateful decision of his Prime Ministership. He turned the inevitable decision to exclude Huawei into a gesture of fealty to Donald Trump, permitted our security agencies to advertise they were promoting that decision to our Five Eyes partners, chose to parody Chairman Mao in the Australian parliament when he introduced foreign influence laws and called for a US arms build-up in the Asia Pacific.

The new Labor government has tugged Australia’s diplomatic language back to where it had always been before the Turnbull-Dutton-Garnaut heresy. This may be the single most weighty contribution of the Albanese government. Even before the election Albanese and Wong had made it clear they weren’t being influenced by the new orthodoxy that declared it “inconceivable” that Australia would not join a war over Taiwan.

Throughout October and November 2021, Wong repeatedly called for the maintenance of the status quo over Taiwan. In a speech on November 23 2021 she criticised Dutton:

When Peter Dutton talks about it being ‘inconceivable’ that Australian would not ‘join’ a war over Taiwan, he is wildly out of step with the strategy long adopted by Australia and our principal ally.

On November 29 Anthony Albanese said of the then-Defence Minister’s stance:

You look at the position of the Biden administration, it’s very different from the rhetorical position that Peter Dutton has put forward. We maintain the same position as the United States. And we think that is sensible. That is support for the status quo.

On February 27 2022 Wong was asked, ‘What should Australia do if China did try to seize Taiwan?’ She replied:

I won’t get into those hypotheticals. (My emphases) I would just simply say this: it is the principle of the region, of Taiwan, the United States and Australia that the status quo in relation to Taiwan can only be resolved peacefully, can only be altered peacefully and that there should be no unilateral changes to the status quo.

Key concepts here, and vital diplomatic wording: always rule out the hypotheticals and talk up the (cross-strait) status quo. Dutton by contrast had fallen into the trap of canvassing specific responses, and settled on war. Awful diplomacy. Potentially terrifying implications.

Given Labor’s statements before the election the ASPI cold warriors should not have been surprised at the restraint of Foreign Minister Wong when, on August 3 2022 she pronounced in reference to the Pelosi visit:

I think we’ve seen a lot of rhetoric… I understand this is a very concerning situation for everyone. I think it’s really important that we all continue to calmly assert the importance of peace and stability and to urge all parties to contribute to de-escalating tensions.

Definitely to be avoided is saying of the Pelosi visit that “it shows America’s commitment to the region”- a formula that was briefly picked up by Marles and echoed by Peter Khalil as chair of the Joint Intelligence and Security Committee but more recently relegated. It should stay relegated. The simple fact is White House advisors and the American military did not want the Pelosi visit. They did not see it as a useful symbol- of US commitment to the region or anything else.

Action that ramps up tensions in the strait is, in fact, a threat to a continuing American presence in the region. Hugh White points out that a showdown over Taiwan involves a high risk of American defeat. (I would add, if not a defeat, a risk of both sides fighting to a draw).

Either defeat or draw sends a message to the whole region that America does not prevail in the Western Pacific. It could be an invitation for an administration to withdraw from Asia- gradually, or in a Kabul style rush. That means it’s in Australia’s interest that both sides exercise restraint and avoid provocative gestures like the Pelosi adventure. Avoid anything that risks war and the US defeat that would despatch American power from our north.

Keep brushing away the hypotheticals. Keep invoking the status quo that kept the peace. Talk restraint all round. De-escalation of Taiwan tensions is in our interest and has got to be, at this time, the prime Australian diplomatic goal.