Join us as we celebrate the life times of  former NSW Attorney-General the Hon. Frank Walker QC, with guest speaker the Hon. Bob Debus AM. This event is free to attend. Post-lecture drinks will be held at Penny Lane (the bar above the lecture theatre).

“Over-representation of Aboriginal people in prison: The need for some genuine decision-making”

Former Attorney General of New South Wales, Bob Debus, believes that Walker’s approach to the affairs of Aboriginal people remains the correct one.

He will discuss solutions to the crisis of over-representation of Aboriginal people in the prison system and the need for a renewed political movement to drive them.

RSVP: By clicking here and then scrolling to bottom of page

How much does it cost ? Technically nothing, but we do have to cover costs for venue hire and bar tab so please bring your $10, $20, $50 notes so we can collect your donation on the way in.

Where is that ?: Just a short walk from Central Station, cnr Broadway and Wattle St, enter from Broadway – see map below 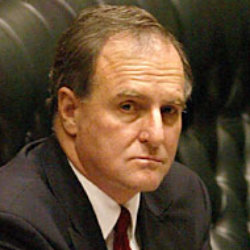