While facing what officials describe as a scary economic outlook with Britain’s finances in their worst state since World War II, Boris Johnson has announced a surge in public spending of over A$50 billion to combat climate change and modernise its military.

The announcements, part of a reset following a chaotic week in Downing Street, are designed to restore confidence within the ruling Conservative Party and to restore the prime minister’s flaky relationship with United States president-elect Joe Biden.

The $A30 billion defence spending spree over four years will help to appease military chiefs who have been complaining that all three services have been weakened in recent years. It will also help to fulfil the prime minister’s dream of a ‘Global Britain’, particularly by enhancing the country’s visible military presence in the Asia Pacific region, alongside allies like Australia and a Biden-led USA. In Johnson’s words, it means “an end to the era of retreat”.

The new commitment includes significant investment in technology. There is to be a new space command that plans to launch its first rocket in two years’ time, which should help to improve Britain’s ageing satellite system. The Department of Defence will also work with the government’s secret Communications Headquarters (GCHQ) to build stronger protection against cyberattacks from Russia and China.

There will also be a new unit set up to apply artificial intelligence to the benefit of defence personnel in the field. Johnson has never been slow to claim that some of his ideas would be “world beating”. He describes his vision of the future of war for the poor bloody infantry: “A soldier in hostile territory will be alerted to a distant ambush by sensors or satellites or drones instantly transmitting a warning, using artificial intelligence to devise the optimal response and offering an array of options from summoning an air strike to ordering a swarm attack by drones or paralysing the enemy with cyber weapons,” he said.

It all adds up to the biggest lift in defence spending since the Cold War. Johnson ‘sold it’ as a great jobs creator which will lead to technology-driven cost savings

It is known that he made the announcement after a long argument with Rishi Sunak, his Chancellor of the Exchequer, who is increasingly concerned about the burgeoning British deficit.

Johnson’s announced A$7.3 billion spend to combat climate change and cut carbon emissions was more radical. What caught the public eye was the ban on the sale of all new petrol and diesel autos effective January 2030, just over nine years from now. The move caused howls of derision from the motor trade which expressed deep scepticism that the necessary infrastructure to power electric cars could be put in place in time. A$2.4 billion has been allocated towards building new charging stations, with a further A$1 billion to make their use more affordable and A$911 million to develop mass production of batteries. None of these amounts seem sufficient.

While Johnson claims his move to force the British to drive electric cars is a world first and has captured the headlines, his move to make British homes more efficient by persuading households to give up their gas boilers and solid fuel central heating in favour of renewable energy could be equally controversial. Green groups have welcomed his move but say they do not go far enough.

The Prime Minister intends that his proposals, which also include widespread planting of trees, will set the agenda for the G-7 meeting that Britain will host in late 2021 and, more significantly, the United Nations climate change summit in Glasgow a year from now. Joe Biden has already said that his first action after his inauguration as president in January will be to have America rejoin the Paris Accord, and Johnson hopes to form a pact with the U.S. president and major European leaders to agree tougher targets, similar to that adopted by Britain. He hopes they will also commit to putting pressure on ‘climate laggards’, including Australia and China, to adopt similar measures.

Interestingly, The Times newspaper strongly supports these measures and claims credit for the government’s decision. It says a ban on new combustion engine cars was a key demand of the times 18-month campaign to cut toxic emissions, which it says cause 40,000 premature deaths a year in Britain alone, not far short of the Covid 19 toll.

The Times, now the market leader among the top five British up-market dailies, is owned by Rupert Murdoch’s News Corporation, widely criticised in a petition to the Australian Parliament, in part for its alleged hostility to action on climate change. But this is not the first time the newspaper has expressed views that diverge from those of Murdoch’s Australian media outlets.

In the main editorial, headed ‘Green Revolution’, The Times suggests Johnson should have gone further, pointing out that other countries including Germany, France and the Netherlands have invested more towards achieving the legally mandated target of net-zero carbon emissions by 2050. When Greenpeace, no less, hails an announcement as a turning point on climate action it is “time to give credit where credit is due”, the paper said. But the editorial mocks Johnson for characterising his political philosophy as “green Toryism”, pointing out that “as a newspaper columnist, he dismissed wind turbines as ‘seagull slicers’ that no one seriously believes are the answer to our present shortages”.

What we do not know is how and when all this largesse is going to be paid for. With the economy facing its biggest fall in 300 years, Chancellor Sunak is due to present his financial estimates for 2021 next week. Rumours abound that cuts will be made to Britain’s overseas aid budget and, for the first time, charges on the use of motorways. It’s likely there will be no gain without pain. 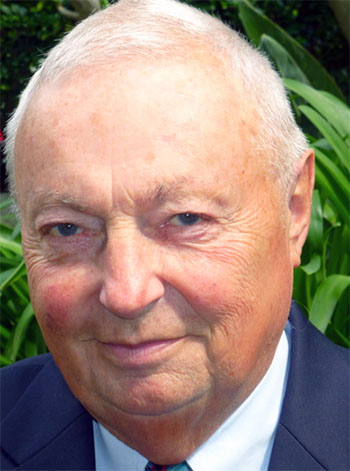