Brace for impact: Back to wearing seat belts in relationship with China

China continues to bamboozle us every step of the way. But how we respond to the latest escalation is important. We must remember that our bipartisan position on China has served Australia well and that a political split is exactly what China wants.

In his 2010 collection of essays ‘China in Ten Words’, esteemed Chinese author Yu Hua paints a picture of modern China through ten words or phrases, culminating with ‘hu-you’. This concept is often translated to mean ‘bamboozle’. Defined as a mix of trickery, con artistry with unique characteristics, it is not always used pejoratively. As Yu Hua says: to ‘bamboozle throws a cloak of respectability over deception and manufactured rumour’.

China continues to bamboozle us every step of the way, ever since Gough Whitlam’s adventure there in 1971.

But the year 2020 is a consequential one for Australia’s economic relationship with China. What began as a rumour and then reported as fact from numerous importers who had received verbal government briefings, China was getting ready to sideline key Australian industries from accessing markets. If this happens, it will all but end our free trade agreement.

When coupled with threatening state media editorials, and now a detailed list of their disputes, it seems we are again at the top of the list of countries with whom China disagrees. All of this at a time the country opened its third annual import expo to promote engagement with the world.

Within 50 years Australia has gone from re-establishing and opening up an economic relationship, to celebrating its maturity under a free trade agreement, and back to wearing seat belts in anticipation of the need to regularly brace for impact.

With its centralisation of power around one man, China isn’t what it used to be. Even a person of the stature of Jack Ma was reminded this month that he serves at the pleasure of the President.

Our relationship is no different. Our Trade Minister can’t speak to his counterpart, and our hard-working diplomats in China can’t get much access, let alone be able to influence the hearts and minds of their Chinese interlocutors.

Our lead diplomat Frances Adamson reminded us in a recent Senate Estimates that for all countries, not just Australia, the ‘space for embassies to project into China … is diminishing’.

Australia is most definitely out of favour. Calls aren’t returned and we still have to send faxes to engage with the CCP system in Beijing. As far as Beijing is concerned, we are largely dispensable in this trade relationship and there is little we can do about it.

We have to question the motives behind China’s continuous attempts to bamboozle us. With the latest rumour of economic coercion, when added to all the measures taken during 2020, what Australia has experienced is well beyond what has been dished out to countries including the Philippines, Norway, and Korea.

Does China see an opportunity to make an example of us, even if we aren’t sure what we have done, beyond having an alliance with America. Or is part of it to try splinter our politics? Bend it so far just to see where it breaks?

For a long time, Australia’s major political parties have held largely bipartisan positions towards China. Of course, there have been debates, notably about elements of the free trade agreement, our role in the region, Asian century documents, and White Papers, but broadly speaking, Labor and the Coalition have been on the same page vis a vis our largest trading partner.

In fact, 2017 was the last significant time the major parties separated on a key China issue. The then Malcolm Turnbull-led government planned to pass through the Parliament the extradition treaty Australia had signed with China a decade earlier. While Labor opposed the treaty, then Liberal Senator Cory Bernardi had the numbers to ultimately scupper the plans, effectively neutralising the division between the parties.

In recent weeks there have been signs that Labor is also becoming concerned at the deteriorating relationship, and are fed up with its effect on business, but perhaps sees political mileage in the discord.

Early last month Opposition Leader Anthony Albanese called on the government to ‘be more strategic and less political in some of its rhetoric when it comes to China’. A week later, he said ‘this Government doesn’t seem to have made any effort to have a positive, constructive relationship to our mutual benefit’, while his deputy Richard Marles noted last week that ‘there’s not a single personal relationship of substance that exists between anybody in this government and anyone in the Chinese government’.

The reality is that beyond the call for an independent investigation into the origins of the coronavirus, a move that angered China, the government has trod a careful path throughout 2020.

In previous years, Australian business would lobby government to highlight the trade impacts of political rhetoric, warning of the pitfalls of megaphone diplomacy. But it’s hard to argue this any longer. While business still hopes the government can ‘fix’ this mess, it seems we are in the firing line, whatever we do.

How we respond to the latest escalation is important. Some will call for Australia to work out what we can do differently, what form a ‘circuit breaker’ will take, so that we can all go back to ‘normal’, as if supreme relations and smooth trading conditions with China are our birthright.

Whatever comes next we must remember that our bipartisan position on China has served Australia well. And while a critical analysis of our actions should be undertaken, a political split is exactly what China wants.

As we adjust to our largely powerless fate and understand our new predicament, a refreshed outlook is required. For years, some in the US have been talking about ‘coopetition’, cooperation combined with competition, as a lens through which to view America’s increasingly testy engagement with China. The bipartisan consensus that has now emerged in Washington is clear – the joke being that the only friend China has there is the Chinese embassy.

Our relationship with China need not go there, but it will be dominated by the power play between these two great nations, regardless of who is in the White House come 2021.

While there may be differences in style, the substance is clear. Let’s vigorously debate our position, and try to arrive somewhere near the same page. It’s in our interests. 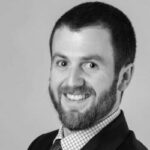 Jack Brady is the former CEO & Executive Director of the Australian Chamber of Commerce in Shanghai, where he lived for 5 years. Jack led the development and growth of AustCham Shanghai as the largest Australian representative business body in mainland China, building business, government and community partnerships. Jack led the opening of Australia House by AustCham Shanghai, a dedicated building for Australian business in the city, and started the Chamber's annual advocacy delegation to Canberra. Prior to his time in Shanghai he worked in Sydney with government relations and corporate communications firm GRACosway as the National Research and Policy Manager. Jack holds a Bachelor of Arts with first class honours from the University of Sydney.