Brendan Mackey. How good is the Paris Agreement?

Finally, we have a new international climate change agreement to guide action post-2020. The Paris conference delivered on its promise thanks to skilful diplomacy by the French, a general sense of good will among nations, dedicated national delegates working through the night more often than not seeking consensus language on difficult issues, along with numerous high-level backroom machinations.

The question now of course is just how good an agreement is it and by what criteria should it be judged? The philosopher Reinhold Niebuhr warned against allowing sentimentality, naive thinking or plain stupidity to cloud our judgment on prospects for enlightened public policy to be sustained in the face of powerful vested interests especially those underpinned by hard line ideologies. We should therefore keep Niebuhr’s advice in mind as we consider the Paris Agreement especially given the well-known influence of the fossil fuel industry on climate change matters and the reluctance of most governments to seriously address the issue.

The international climate change negotiations, now in their 22nd year, revolve around a complex and growing agenda. Negotiations in Paris hinged on finding “landing sites” where governments could converge on agreed text around key issues concerning (1) the level of ambition regarding the global mitigation goal, (2) differentiation between nations with respect to responsibilities and capacities, (3) providing the finance needed to support climate action in developing countries, and (4) the adequacy of the national mitigation pledges contained in the so-called Intended Nationally Determined Contributions (INDCs) along with mechanisms for their monitoring and compliance. As these issues are interdependent, the negotiations were complex and evaluation of the outcomes is not straightforward. Here I limit myself to commenting mainly on the level of ambition and INDC issues.

Article 2 sets the long term mitigation goal as “Holding the increase in the global average temperature to well below 2 °C above pre-industrial levels and to pursue efforts to limit the temperature increase to 1.5 °C above pre-industrial levels”. The international Community had already agreed to limit global warming to below 2 °C but recognizing the need to reach for 1.5 °C is a major advance as this would potentially avoid many significant impacts including inundation of the coastal zone and tipping points in Earth’s climate system.

The inadequacy of the INDCs in light of the 1.5-2 °C goal is recognized in the “Decisions” part of the conference outcomes document and the Paris Agreement establishes the INDC as an ongoing instrument for ramping up mitigation action on an ongoing basis as prescribed in Article 4.3 “Each Party’s successive nationally determined contribution will represent a progression beyond the Party’s then current nationally determined contribution and reflect its highest possible ambition…”. Furthermore, Article 13 establishes a Transparency Framework to monitor and review on a 5-year cycle the adequacy of INDCs in light of a global stocktake of the aggregate mitigation efforts and compliance in terms of their implementation, among other things.

While the INDC and Transparency Framework provisions in the Agreement are commendable, providing a practical pathway for working towards the agreed global mitigation goal, and are applicable to all countries, major concerns remain. The compliance committee that is established under Article 15 to monitor and review the INDCs and their aggregate impact is something of a toothless tiger being “… expert-based and facilitative in nature and function in a manner that is transparent, non-adversarial and non-punitive…”. It would seem that “name and shame” will be the primary tool available for this committee to deploy should individual countries fail to meet their mitigation commitments and increase their ambition or if national commitments in aggregate continue to fall short of the emissions reductions needed to limit warming to the 1.5-2 °C goal.

If the year was 2006, the Paris Agreement would be rightly heralded as an extraordinary achievement and deserve without reservation a 5-star rating. However, as we enter our 22nd year of climate change negotiations under the U.N. Framework Convention, all the heavy lifting remains to be done by the next generation and too much is left to good will and the hope of technological innovation yet to come.

However, we should celebrate the fact that 195 countries have reached consensus and voluntarily given their consent to be bound by this Paris Agreement. When we look at the situation in Syria, it is far better to be addressing international problems through dialogue and cooperation than by dropping bombs. The Paris Agreement does establish processes and mechanisms that will enable significant mitigation and adaptation actions. It unambiguously signals that humanity and our economies have embarked on a fossil-free, low carbon future. For the first time, it is formally recognized in climate change law that conserving ecosystem carbon stocks including forests is central to achieving mitigation goals and that both biodiversity and human right must be protected when taking climate action.

Being an optimist, I am giving the Paris Agreement a 3-star rating. I do hope events show, in this case, Niebuhr to be wrong and that I have not allowed sentimental and naïve thinking, or worse, to cloud my judgement. 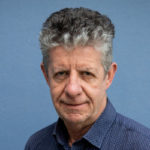 Prof Brendan Mackey is Director of the Griffith Climate Change Response Program and the National Climate Change Adaptation Facility. He is a coordinating lead author for the IPCC 6th assessment report, Working Group II on impacts, vulnerability and adaptation