A pilot Revenue-Contingent Loan for the JobKeeper Transition

Several months ago we argued the case for the use of revenue-contingent loans (RCLs) as part of the transition from JobKeeper. An RCL is a debt for business, with the defining characteristic being that repayments occur when the firm is able to do so comfortably in the future. The concept is closely related to the Higher Education Contribution Scheme (HECS) pioneered in Australia in the 1980s.

The idea is motivated by the fiscal costs implied by a continuation of JobKeeper, beyond its initial 6-month time frame. Continuation in some form now seems more likely than not, emphasised by the continuing fragility of the economy underpinned by recent Victorian outbreaks of the virus. And the fiscal costs, while less per period than initially thought, will quickly mount, so a debate about financing remains pertinent. What follows is not about the form which JobKeeper takes or might take in some revised incarnation. Our focus relates instead to how the transition process if to be financed.

So if JobKeeper is to be financed by means other than simply increasing government debt, how should it be done? There are three relevant requirements. First, JobKeeper eligibility is triggered by shifts in revenue flows, meaning that a financing mechanism relying on revenue is beneficial. Second, policy revision should not involve increased risk of bankruptcy, as would be the case if all forms of government assistance ceased; this would subvert the primary purpose of JobKeeper, which is the maintenance of employment. And third, it should be administratively manageable, in the sense that relevant record-keeping and monitoring should already exist and be straightforward to be used for purpose.

RCLs do all these things. Businesses with a JobKeeper package would effectively take out a loan for some proportion of the JobKeeper payment, but would only be required to repay a small proportion of annual business revenue, and only after some period of time (for example, repayments could begin in financial year 2021/2022; and even then, firms with no revenue in a period would repay nothing. And finally, the Business Activity Statement, or BAS, which must be submitted by businesses to the Australian Taxation Office routinely and which requires legally information concerning revenue, provides a straightforward collection mechanism.

RCL seems to be an eminently sensible arrangement. The concept is closely related to the Higher Education Contribution Scheme (HECS) pioneered in Australia in the 1980s, and since copied by governments around the world. Yet, despite international calls for RCLs to be implemented to reduce exploding government debt, most recently by the UK Banking industry lobby group TheCityUK, the suggested reform has not been taken up.

With the government set to announce the next steps with respect to JobKeeper and JobSeeker (planned for July 23) we are not holding our breath in expectation that the RCL will be part of the next assistance package, even if we are quietly confident that: business would be interested in being involved; the budget savings compared to JobKeeper would be very substantial indeed; and the level of repayments of the debts would be significant.

In times of crisis, it is understandable for government officials to steer away from anything new. There is as yet no precedent to follow and even if the economic logic and administrative feasibility appear to be sound, having some evidence to instil confidence that they would be workable in practice would be very reassuring. The scale of the current crisis, and the consequences of a further fiscal response to it, are so vast as to allow room for some small scale experimentation. Which is what we propose here.

As part of the government’s continuing engagement with financial instruments addressing the recession an RCL pilot program could be implemented pretty much straight away and it might look like the following. $100 million could be offered now to business in the form of loans, to be collected starting in financial year 2021/2022. As explained in https://www.cepar.edu.au/publications/working-papers/transitioning-jobkeeper loan repayments would be on the basis of the firm’s annual revenue, which is legally required to be reported quarterly in firms’ Business Activity Statements.

The amount of the loan available to firms would depend on their historical annual revenues, so that small company debts are able to be repaid with ease. A low real rate of interest would be part of the indexing of the outstanding loan obligation, and the collection rate would be low, say 5 per cent of revenue, a rate which our modelling suggests all debts being collected within about 4-5 years. The loans could be distributed across very different businesses with respect to past annual revenues in order that close monitoring of the consequences are across the board.

The sorts of information that would be available from the pilot would be at least twofold: (i) from loan applications the government would be able to assess private sector interest in RCL; and (ii) through monitoring of the revenues of firms taking up RCL there would be new information on the viability of collection once and if such a scheme was put into practice.

When governments are not quite sure how policy reform might work in practice, but there are compelling arguments for such a reform if it can be shown to work, a sensible response is to gather evidence of the likely effects; this is the basic rationale for an RCL pilot. In the whole scheme of things, $100 million RCL outlays, most of which is anticipated to be repaid, seems like a small price to pay to assess the viability of a RCL alternative (or complementary) financial instrument to grants. After all, there will be zero returns to the budget from the continuing use only of grants, with extraordinarily high adverse consequences for future budget settings.

To misquote a famous political statement concerning Australian recessions, is this the pilot program we have to have? 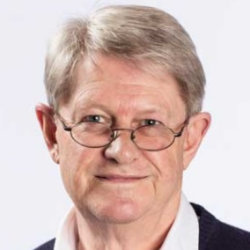 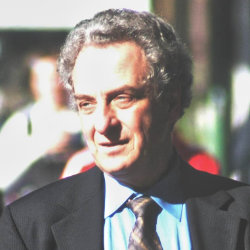 John Piggott is Director of the ARC Centre of Excellence in Population Ageing Research (CEPAR), and Scientia Professor of Economics at UNSW