Afghanistan: An enterprise for the stupid 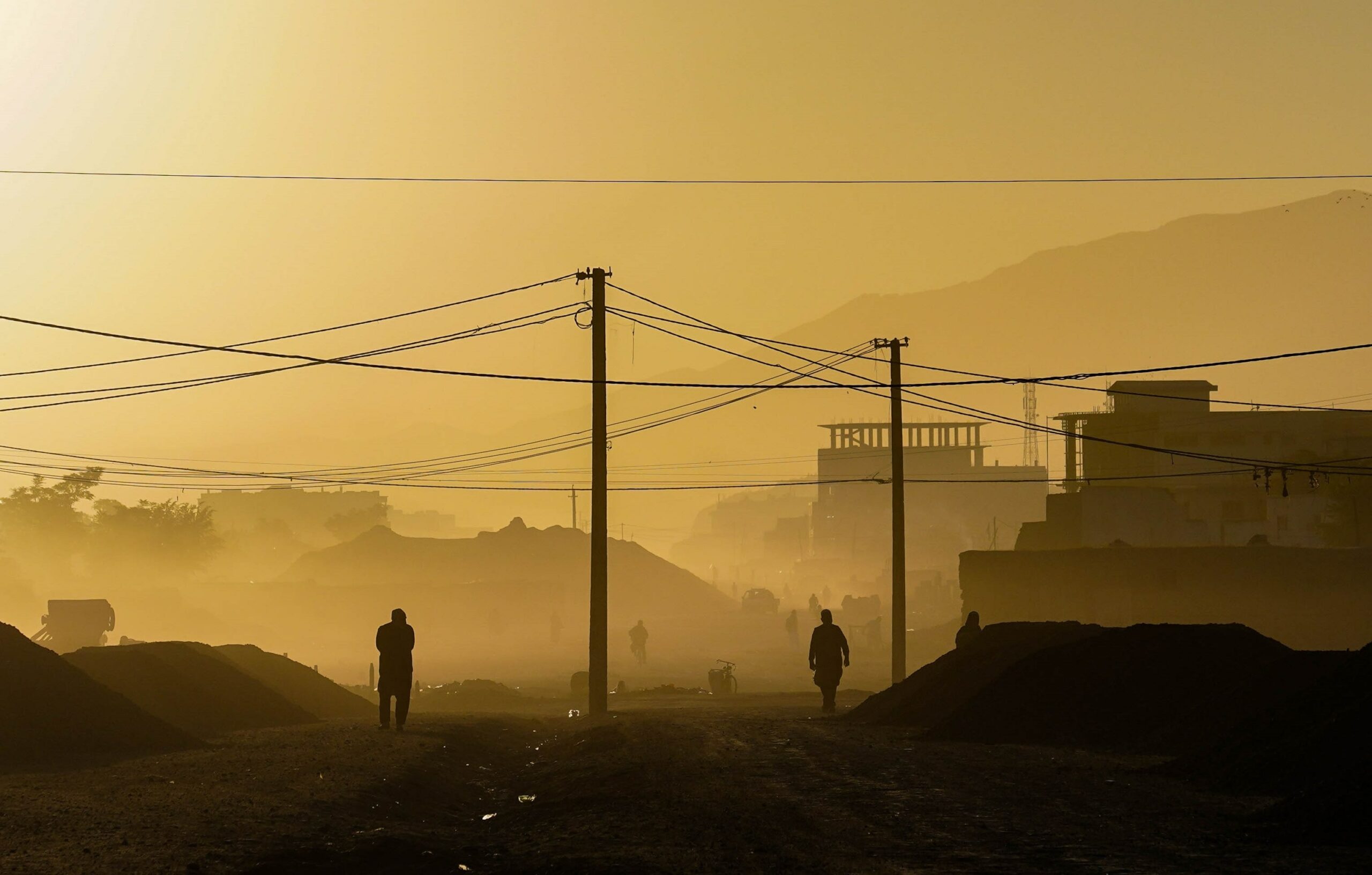 Viet Nam, Iraq and now Afghanistan demonstrate that our ally, the US, is flaky.

Afghanistan has been the death bed of modern invading armies, first Britain, then Russia and now America. The reasons are topography and use of it by the Pathans, the ruthless and dominant tribe.

I have some experience with Afghanistan. My grandfather skirmished against the Pathans, with the British Army, on the border between India and Afghanistan in the North West Frontier Province in 1904/5. He was based in Quetta, Peshawar and Rawalpindi. He was with the Yorkshire Light Infantry but on secondment to 44th Punjab Regiment. He later became an instructor at Duntroon. I was posted twice to Pakistan, 1972/73 and 1986/88. The Embassy had reporting responsibilities for Afghanistan and by the time of my second posting it had leased a house in Kabul.

My bearer on my first posting, Doust, was a Pathan. His married son lived in a village outside Peshawar on the road to Kabul. His son had accused his wife of having an affair and smashed his baby’s brains out against the wall of his house. Doust was concerned about this and sought my time and the use of an embassy car to drive up and see his son. Of course, I jumped at the opportunity. The son was a most handsome man, tall with black beard and hair, penetrating green eyes and a complete lack of humour. Doust told the village I had been in the army, so an ancient Belgian FN was produced and the honour of Australia was tested against bottles placed on the compound wall which I was instructed to shoot down. Honour was preserved. On the way home Doust told me he had given his son money to give to is wife’s family. He said his son regretted his action.

From 1986/88 I visited Kabul regularly; it was a war zone. From time to time, it was under attack from the Mujahideen using rockets, mortars and machine guns as well as acts of sabotage. In view of my military experience JIO gave me a compact camera and kept me supplied with film. I took pictures of Russian AFV’s, planes, helicopters, installations, radio communications and soldiers as well as damage to villages and crops. This was a risky business.

The lack of input and involvement with the weighty policy issues the US is grappling with throws into stark relief the role of the allies…Naturally the US military will argue for increased troop numbers in order to tame the Taliban, they are not the most imaginative…their solution was the same in Vietnam…’

And then I observed, ‘Nothing can be resolved in Afghanistan without changing the nature and role of the Pakistan Army and the intelligence services (ISI). In other words, Afghanistan extends deep inside Pakistan and the United States and its allies have to date demonstrated few strategies to deal with this…

Policy makers in Australia need to ask, what is it that they hope to achieve from the Australian military presence in Afghanistan? Is it just support for the US/Australia alliance or is Australia seriously engaged in a fight against international terrorism? If it is the latter then it needs to be explained how this commitment is achieving that and in what way does it impact positively in the long and short term the lives of Australians?

Are US objectives realistic? Can they be achieved? At what cost and over what period of time? Is the Australian commitment making a positive contribution? Are we getting value for money? Is there a down side and if so, what is it?’

Those were questions I asked in 2009. They were never answered. The mindless uneducated hawks won out and we were left to crawl away defeated with our tail between our legs.

Major-General Jim Molan was a vigorous and vocal defender of our involvement in Afghanistan as was Neil James, the executive director of the Australian Defence Association. In an article I wrote in The Canberra Times, 15 December, 2010, ‘The Agony of Afghanistan’, I quote Jame’s comments on Wikileaks made in Crikey, on 29 July, 2010, ‘Put bluntly, Wikileaks is not authorised in international or Australian law, nor equipped morally or operationally to judge whether open publication of such material risks the safety, security, morale and legitimate objectives of Australian and allied troops fighting in a UN-endorsed military operation. Nor should and can groups such as WikiLeaks be so authorised or equipped respectively, especially when they are unaccountable to any responsible authority or international humanitarian law (IHL) in a legal or moral sense.’ Such was the intellectual calibre of the supporters of our involvement in Afghanistan.

The lack of knowledge of Afghanistan, its politics and people saw the Australian task force in Uruzgan Province work closely with corrupt war lord Matiullah Khan. It was a poor decision. He was believed to be involved in the production and sale of opium which financed the Taliban, just as it had the Mujahideen. It was also alleged that he ran protection rackets. Did any of his corruption rub off on the ADF?

Writing in the SMH on 26 August, 2011, Rafael Epstein said, ‘Until last year, the Australian government paid Matiullah Khan for his armed men to work with Australian special forces.’ Epstein said he controlled the police unit which partnered with the Australian commandos.Dutch troops refused to work with him and the US Ambassador did not want him holding any formal Afghan government position. It seems to have been an act of pragmatic poor judgement to have aligned with Khan.

In his investigations into the war crimes of Australian soldiers in Afghanistan did Major General Brereton look into ADF involvement in the drug trade? Did he look into the use of and trading in drugs by the Special Forces in Afghanistan? And if not, why not? As in Viet Nam drugs were easily available. It would be surprising if some soldiers did not succumb, with adverse consequences on their performance in the field.

The Brereton Report covered the period from 2005 to 2016. The unlawful killings discussed in the report began in 2009, with most occurring in 2012 and 2013. It claims that 39 civilians and prisoners were murdered. A 2012 incident was described in the Report as ‘possibly the most disgraceful episode in Australian military history’ and noted that ‘the commanders at troop, squadron and task group level bear moral command responsibility’ for these events.

Dutton and Morrison have shown little interest in pressing the investigation. Dutton overturned a recommendation in the Brereton Report, implemented by the CDF, to deprive 3000 Afghan veterans of a unit citation. Both have been supportive of Ben Roberts-Smith VC, accused of war crimes in Afghanistan. There seems little compulsion or motivation on the part of the LNP government to urgently pursue the issue of Australian war crimes in Afghanistan.

The war crimes were committed around the time there was a realisation at both the military and political level that there was nothing winnable about the undertaking in Afghanistan. Morale and leadership appear to have collapsed at about the same time. It might be said that the Viet Nam syndrome took over. That is why an investigation into the use of drugs is so important. Hastie MP no doubt can provide some answers.

The American withdrawal from Afghanistan will follow the blue print of the Russian withdrawal. Retribution and a crackdown on all Western manifestations of influence will result, including female education and role in a Taliban dominated society. It is a condemnation of the false hope generated by a major power which had no game plan and no intention of staying the distance. Viet Nam, Iraq and now Afghanistan demonstrate that our ally, the US, is flaky. Driven by the arms industry it has no interest in long term outcomes. Short term profit is the objective. That is why the US project against China is such a worry. China is Iraq and Afghanistan revisited. America is not a good country; it acts only in its own interests. Profit. It doesn’t give a fig about Australia.