Gas-guzzlers in Europe are quickly becoming a thing of the past – so guess where they’re headed instead.

The lifespan of the internal combustion engine just got shorter. Last week, the UK announced a ban on selling fossil-fuelled cars from 2030. Across the Channel, green vehicles have been built into coronavirus recovery packages and the only car ads on TV are for hybrids or fully-electric vehicles. Even Uber is adapting; all ridesharing in European cities will be exclusively via electric vehicles within the decade.

As Europe changes gear, Australia remains utterly stalled. We have no mandatory fuel efficiency or greenhouse gas standards for the cars we drive. Almost all other G20 members do, even oil-rich Saudi Arabia. According to one study, the lack of binding fuel economy standards has cost Australian motorists $1 billion in the last three years.

The argument for such an effective policy – that would help save money and the climate – has been made many times before. What has changed is the escalation in global ambition in the last 12 months alone. Seismic shifts in auto manufacturing are threatening to turn Australia’s complacency into a strategic mistake.

If national subsidies have been the EV carrot to date, then it is the EU’s stick that is now turbocharging a revolution. By the end of this year, the EU will fine any auto manufacturers whose average CO2 emissions from vehicles sold in Europe exceed 95 g/km. For perspective, that is roughly half the carbon intensity of Australia’s vehicle fleet. Nevertheless, auto manufacturers are largely on track to meet the new threshold, belatedly pouring €60 million into low-emission technologies, 19 times more investment than last year.

The EU regulations apply to the aggregate intensity of a manufacturer’s total sales. So, while Toyota/Mazda have opted to laboriously chip away at their emissions by hybridising their existing fleet, others have found that selling cars with no emissions at all sufficiently offsets their other models. The all-electric Renault Zoe, for example, will almost singlehandedly achieve the Renault Group’s 2020 compliance. Similarly, Volkswagen will launch its last combustion engine model in 2026.

And consumers are responding. In France, electrified vehicle sales for the month of March quadrupled year-on-year while in Norway (where stricter standards and big subsidies were introduced earlier), EVs reportedly reached 80 percent of September sales. One study suggests that by year’s end, ten percent of new car sales in Europe will be electrified vehicles. Not even coronavirus can stop EVs going mainstream. McKinsey estimates that market penetration has grown despite a drop in overall vehicle sales and is forecasting strong EV growth in both Europe and China.

And here the rubber hits the road. There is an investment stampede towards electric vehicles that has nothing to do with the environment. The world’s manufacturing giants know that whoever wins the electric car race will win the industry’s future. The ultimate humiliation for Europe would be mass imports of Chinese EVs that directly undercut their home-grown carmakers; the EU now openly labels China a “systemic rival”.

For years, China’s strong government incentives have made it the world’s largest EV market with 3.5 million such cars expected on Chinese roads by 2022. China has successfully attracted the lion’s share of green automotive investment – until now. The advent of the EU’s 2020 standards saw 3.5 times more EV investment in Europe than in China. Even Tesla is opening an EV giga-plant just outside Berlin next year. The European Commission is now mulling tougher emissions standards from 2025.

EVs are also sweeping through Japan’s auto sector while strict Californian targets are dragging up US standards by default. Suddenly all the major players have an interest in selling not just more EVs, but fewer fossil-fuelled vehicles, with the latter inevitably dumped onto the only markets too short-sighted to restrict them.

Enter Australia – one of the most car-dependent countries on earth. While the rest of the world offloads their outdated fleets, Australia remains utterly exposed, with no defence against the coming flood of washed up vehicles that will lock us into third-rate technology for decades.

The ultimate tragedy is that clean vehicle standards were tantalisingly close to being bipartisan policy. Until 2019, both major political parties had plans to introduce some kind of emission standard on light vehicles. But then a federal election politicised the issue, culminating in one Senator vowing to “stand by our tradies” and to “save their utes”. The Australian Government has since issued a token, one-page ‘strategy’ for the country’s fleet electrification, vaguely citing “consumer choice” as the only driver.

Worst of all, the hard work on a fuel efficiency standard has already been done. The federal transport department released draft regulations for industry consultation in 2017. It found that even with a mandatory standard of 105g/km (that is, 10g/km softer than the EU’s new rules), Australia would have saved $27.5 billion within 20 years. The benefit-cost ratio was at least 1.86. That proposal would have seen restrictions on the most polluting vehicles phased in from January this year; instead, it is now gathering dust on a Canberra bookshelf somewhere.

With no car industry left to protect, an Australian efficiency standard would amount to a minor tweak to import rules. It is a triple bottom line policy offering sound economic rationale, positive environmental impacts and up to 30 percent cheaper running costs for motorists. On our current path, we will still be driving around Europe’s sloppy seconds long after the UK sells its last fossil-fuelled car. But with the stroke of a pen, the government could bring our vehicle standards into line with the rest of the world.

A fuel efficiency standard is not about Australia leading the clean vehicle transition – we already missed our chance. It is not even about catching up – we are already too far behind. It is now simply a question of not coming last, of not condemning Australian motorists to dirty, expensive, third-rate vehicles that nobody else wants. 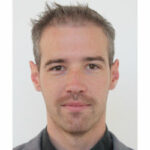