Can China win the next war?

Lately there has been a lot of casual talk about the possibility of war with China, in some cases apparently encouraging such a war. This is against a background of Chinese threats to Taiwan, suppression of Islamic radicalism in Xinjiang and policies towards Hong Kong. Equally many people in China tell me that the Chinese military are excited by their new equipment and would welcome a “small war” to check out how effective it really is.

History teaches us that “small” wars have a habit of developing into large and lengthy wars so it may be instructive to examine how capable China would be of pursuing a long war. Of course weaponry and men matter, but the history of the past hundred years says that the two major factors which win large wars are industrial capacity and access to funding. Let’s examine how China measures up on these criteria

Let’s look at how China measures up against these criteria in the twenty first century. In 2018, the United Nations Statistics Division reported that China accounted for 28.7% of world industrial production. This was roughly the amount of output of the next three countries combined. USA was next at 16.8% then Japan at 7.5% and Germany at 5.3%. Clearly China is the leading industrial nation in the world and by a secure margin.

The picture becomes even starker when we look at various specific production sectors. In 2008, China surpassed the USA as the world’s leading motor vehicle producer. Many observers at the time said that this was merely a temporary statistical hitch caused by the collapse of leading US motor vehicle producers during the GFC. After all, their conical straw hats would get in the way if they wanted to drive a car and wasn’t the Chinese economy in imminent danger of collapse any way. Very few remembered that the leading factor in the American economic boom in the 1920s was the rise of the motor vehicle industry, and the Chinese consumer continued to buy cars at an ever increasing rate. By 2019, China was producing 25.72 million vehicles per annum. This was more than the total of the next three countries combined and ninety percent for local consumption. By contrast, the USA produced 10.9 million vehicles, Japan 9.7 million, Germany 4.7 million.

Steel production is critical in time of war. There is a nice historical note here which invites us to compare China’s performance in steel production under its old Stalinist economic system and its current market based system. One of Mao Zedong’s objectives when he launched the Great Leap Forward in 1958 was to surpass Britain in steel production – in that year Britain produced about 22 million tons of steel. As we know, he failed totally in this objective: after all, melting down ploughs, knives and spoons to make more ploughs, knives and spoons suffers from internal contradiction issues. Today, now that socialist economics has been tossed into the garbage bin of history, China produces a trillion tons of steel a year, Yes, a trillion! This is more than half the world’s steel production. I won’t bother to tell you what the rest produce because it’s so far down as to be insignificant against this number. Japan produces 83 million tons and the USA 73 million tons.

It is well known that China accounts for the bulk of world computer and much other tech manufacturing including mobile phones. For a long time this didn’t seem to matter. Hey, we were the smart ones. They were just lightly educated peasants who we paid a pittance to screw things together. This was before people became aware of the gleaming glass towers of Beijing’s Haidian district around Tsinghua University, all dedicated to R and D. This was before they knew of Shenzhen’s Silicon Valley, of the acres of former electronics factories now converted into R and D hubs or of Huawei’s stunning campus. This was before they thought they had to learn how to pronounce Huawei. Now China is recognized as at least a close competitor in artificial intelligence and our intelligence services are aware of Huawei’s prominence in 5G communications to the extent of recommend banning its participation in 5G rollouts. You might once have been able to discount the fact that China produces six times the number of computers per annum as the USA does but now, with the growth of Chinese technical power, this becomes more difficult.

Wars swallow money. Henry VIII funded his foreign wars by debasing his silver coinage with copper, causing inflation and general misery. Funding the two world wars meant the end of Britain as a world power. It is clear that access to funding is a critical factor in military success. The problem is that in a relatively short period of time, the USA has gone from being the world’s biggest creditor nation to being the world’s biggest debtor nation.

Let me cite a historical parallel. By the end of World War I, borrowings by all the major powers left only the US Dollar compliant with the gold standard. Britain and France were unwilling to acknowledge that and kept their currencies pegged to the gold standard at artificially high rates which played havoc with their international competitiveness. As a result, during the period between 1915 and 1930, most of the world’s gold went to America. Now, mainly as a result of over twenty years of currency manipulation, most of the world’s money now seems to be in China. Let’s look at foreign reserves. Today, world foreign exchange reserves total USD 12,585 billion, of which USD 3,752 billion is in China. In other words, 30% of the world’s foreign exchange reserves are in China. Underlining the deterioration of the US external position is that the US holds foreign exchange reserves of just USD 42 billion.

Foreign debt is equally interesting. At first blush, China’s foreign debt of USD 20, 946 trillion looks worrying but all care trips lightly away when we see that the USA owes USD 2,254,110 trillion to the rest of the world. This must raise serious questions as to how the USA would fund a lengthy war. If the current government funding parameters are followed, the answer will be getting the Fed to buy ever increasing issues of government bonds prompting memories of the American Civil War’s failed Confederate Dollars and the Union’s greenback, five of which were needed to buy a silver dollar. Once this problem could be dismissed on the basis that China’s financial system was small and backwards but China now has a large and sophisticated financial system. Four of the world’s five largest banks by assets are Chinese, and China’s three stock exchanges, Shanghai, Hong Kong and Shenzhen, are third, fourth and fifth largest respectively in the world by market cap. I include Hong Kong in this because the majority of its business is in Mainland stocks.

The basic problem here is that we keep on talking about the rise of China when it has already risen. We cling to the outmoded ideas of a nation of peasant farmers laboring in the paddy fields when we are actually dealing with a country which is fully developed in every respect other than its grossly manipulated currency. We are dealing with an urbanized population whose lives are lived pretty much the same as ours are. We have traded with China on rules which China, the world’s leading trading nation, largely ignores. If we are to talk lightly of war, there is a lot of work to be don 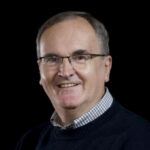 Ted Rule is former Chair of Shenzhen private equity firm Da Zheng Yuan International. Previously he was Managing Director of Asia Infrastructure Fund, Hong Kong, and China Director of Standard Chartered Asia, Hong Kong. he is a graduate of the University of Melbourne and the Australian National University in Chinese.