In 2000, the Reserve Bank of Australia held a conference reviewing the 1990s. The US was mentioned 93 times. China wasn’t mentioned once.

In some sense, the omission was unsurprising. In 1990, Australia’s economic output was almost as large as China’s. The country that mattered most economically was the US. Conveniently, the US was also our top security ally.

In the 21st century, economics and geopolitics diverged. Much is made of the differences—between Americophiles and Sinophiles, hawks and doves, businesspeople and national security experts. But perhaps everyone can agree on six points.

First, the Chinese and Australian economies are deeply enmeshed.

Australia’s exports to China are now over six times as large as our exports to the US. It’s not just rocks and crops: China is Australia’s largest source of tourists and overseas students. While COVID-19 has dented both sectors, it seems likely that Chinese travellers will outnumber visitors from any other nation once international borders reopen.

Second, China is an autocracy with a dismal human rights record.

As Human Rights Watch notes, ‘No other government is simultaneously detaining a million members of an ethnic minority for forced indoctrination and attacking anyone who dares to challenge its repression.’ In Hong Kong, the new national security law and the arrest of prominent democracy activists has led many to draw the conclusion that China is undermining the principle of ‘one country, two systems’. A recent Pew Research Center survey finds that across 14 advanced nations, more than seven out of ten people in every country say that they have no confidence in President Xi Jinping to do the right thing regarding world affairs.

Third, the Chinese Government, Chinese citizens and Chinese-Australians are different.

For example, the Chinese Government may be becoming more autocratic, but many Chinese citizens would prefer a move in the opposite direction, perhaps to a Singaporean hybrid democracy.

Many Chinese-Australians chose to live in Australia because they prefer our system to the Chinese one, and are rightly offended when they’re accused of being a fifth column for Xi Jinping’s increasingly authoritarian regime. Critics who conflate ethnicity and government policy make it easier for the Chinese Government to deflect reasonable criticisms as outright racism.

Fourth, Australia’s needs to seek security in Asia, not from Asia.

As the power balance in the Asia-Pacific changes, other regional powers are feeling the same challenges as Australia. Australia has a strong track record of working with countries such as Indonesia, Japan and Singapore. It’s never been more important to develop those ties and find creative ways of cooperating on climate change, international development and trade liberalisation. We might collaborate on a new regional pandemic prevention initiative, or establish an annual Pacific Donors’ Conference.

Furious tub-thumping tends to be the behaviour of weak powers, not strong ones. We expect hyperbole from North Korea, not France. The smart answer to assertive ‘wolf warrior’ diplomacy on the part of China is surely not to create a group of anti-China ‘wolverines’ in the federal parliament. As Allan Behm recently observed, ‘The over-investment in emotion masks an under-investment in thinking.’ There’s a reason it’s called diplomacy.

Both Australia and China have had our periods of isolationism, but each nation is at its best when embracing cosmopolitanism and openness. China flourished in the Tang Dynasty, and Australian openness in the late-1800s helped ensure that our living standards were the highest in the world.

Sometimes history can be a helpful guide, but it can also trap and stultify our thinking. China isn’t ancient Athens, and it’s not Nazi Germany. It was perhaps inevitable that our relationship with China would worsen at this time, but it need not have sunk to an all-time low. After all, engaging diplomatically with undemocratic nations isn’t a new challenge—it’s what we’ve done for most of our history. When Australia initiated the APEC leaders’ meetings in 1993, most of its members weren’t full democracies. Effective foreign policy spans language, culture and geography to build on shared interests.

If you agree with me on the six points that I’ve noted, you’ll share my rejection of the extremes. Some exporters seem to think that we should ignore human rights abuses and breaches of the rule of law, if that helps us make a few more bucks. They’re wrong. All countries must be held accountable to their international commitments—including on human rights and the rule of law—and Australia should be raising our concerns consistently, while rejecting the politicisation of international trade.

But it’s also wrong, as some hawks have suggested, to suggest that Australia should drastically cut economic ties with China. Doing so would be enormously costly to the Australian economy, driving up unemployment and driving down productivity. It’s only through engagement with China and our regional partners that Australia can help shape the kind of region we want: one that’s stable, prosperous and respects sovereignty.

When Australia recognised China in 1972, we didn’t offer a stamp of approval for Mao’s brutal regime. Instead, recognition was an acknowledgement of the geopolitical realities and reflected a willingness to work to find common ground in the bilateral relationship. In the decades since, millions of Australians and Chinese have formed friendships, built trading ties, travelled in one another’s countries and worked alongside one another. Fear, division and anger are poor substitutes for courage, justice and wisdom.

This piece was first published by the Canberra Times on Monday, 21 December 2020. 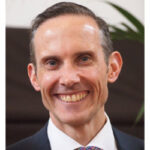