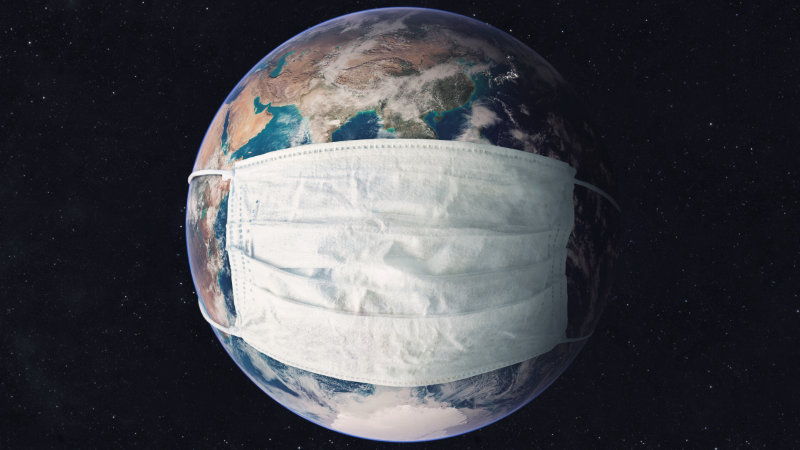 The pandemic alliance between Big Pharma and governments foreshadows how the market-based capitalist system will fail to address global warming. Just finding low emissions technology is not an answer.

The key policy elements of the pandemic policy problem can be simply stated. The overwhelming majority of the world’s population has to be inoculated to avoid a reservoir of the virus continually producing variants resistant to the current vaccines. Tardiness in the inoculation program will result in additional deaths, and risks the cost of a new global vaccine program to address new variants.

Expediting vaccination of the world’s population is the rational policy prescription. The pharmaceutical companies control vaccine production rates and can determine vaccine affordability. They can control the supply in order to maximise profits as nations compete for their products. They could also ensure, if they desired, that a surplus of supply is manufactured, and increase  availability and affordability.

Saving hundreds of thousands of lives, reducing global poverty, and restoration of the global economy, all depend on the profit-driven pharmaceutical companies, unless governments intervene.

However, the sanctity of commercial intellectual property has been elevated above citizens’ health and economic security; or profits and dividends above people. If the ability of pharmaceutical companies to restrict vaccine production through control of intellectual property rights were removed by government intervention, many additional sources of productive capacity could ramp up the supply and accelerate the inoculation of the global population.

So wedded to the fundamental property-rights that underpin the market-based capitalist system are western democracies that they are unwilling even to make an exception to get on top of the pandemic.

For the pandemic crisis there is a single technological solution—vaccines—to a single problem—a virus. Global warming will require a large number of solutions to a myriad of known problems and unexpected consequences for the total of human activities. The intellectual property situation will be repeated.

Time is also of the essence in the case of global warming. There is a finite amount of time available to reduce emissions sufficiently to mitigate against the impacts of a hotter climate on human habitation, health, and food security.

Analogous to vaccinating the total population, slowness in getting global emissions to zero determines how much greenhouse gas (GHG) is put into the atmosphere in the interim. A sharp reduction in the next several years and a gradual move to zero emissions will be far more effective, and keep far more GHGs out of the atmosphere, than a massive drop to zero emissions between, say, 2040 and 2050. Waiting for technology is the latter course.

There will undoubtedly be many technological advances that will permit economies to operate at zero emissions levels. However, they don’t exist yet. Some are just theoretical possibilities, some might be in the research and development stage, and others at the proof of concept stage. Concepts for negative emissions technologies, removing GHGs from the atmosphere, and geoengineering solutions, are still largely science fiction, and, in any case, it is unclear who would foot the bill for their operation.

No major game changers are yet available. When they are, and are being widely deployed in energy, transport, steel and cement making, or other heavy emitting sectors, the corporate sector will want both subsidies to adopt them and then more profits for shareholders. It takes considerable time and cost to find, develop, prove, manufacture, deploy, and in many case retrofit, new technologies to legacy infrastructure and manufacturing processes.

It is easy to envision multiple technologies being developed in a range of countries to meet various emissions challenges in commercial, agricultural, energy, transport, construction, urban, and domestic activities, followed by intense competition in marketing the solutions in domestic and export markets. In some sectors it will be necessary to agree new national and international standards for the new technologies. In the meantime, increasingly dangerous GHGs will continue to be emitted. This is before the corporations can find the generosity to transfer these technologies to the developing world at reasonable cost and at a rate that permits their timely employment.

The COVID 19 vaccine experience should be kept in mind. Even with considerable government subsidies and regulatory support, the commercial prerogative will again prevail as technological solutions to emissions emerge commercially. Unless, that is, governments determine that saving the planet and avoiding a dangerous future for coming generations, is more important than corporate profits and shareholder dividends. It seems unlikely they will.

To manage the reduction in emissions and the transition to a zero emissions economy while bringing, at least in the functioning democracies, their electorates along with them, is not going to be easy. Inevitably the transition to a zero emissions economy will involve winners and losers and well as adjustments to living standards, reskilling the work force, and changing societal behaviour patterns. What is good in theory is less attractive when it has a personal cost.

But governments will have no chance of success in the time available if they leave the problem wholly to the market based capitalist system. Governments need to legislate to create economy-wide incentives and punishments to drive a reduction in emissions as soon as practical, and tied to ambitious targets. They need to put a price on carbon.

Governments also need to fund and undertake basic research and development of new technologies such that they are able to control and mandate their deployment and availability. In addition to achieving zero emissions, the basic technology and infrastructure needs to be in place to maintain a viable economy beyond 2050, a long term goal that requires a government vision and policy intervention.

This is not an either or situation, government or private enterprise. While the analogy is uncomfortable, it is a bit like war. It is for governments to give direction to the nation and its economy, to drive opportunities for innovations and change, and to explain and inspire effort. To set the targets.

New and even futuristic technologies need to be pursued. However, they must be available widely and be affordable, and not left to the market.