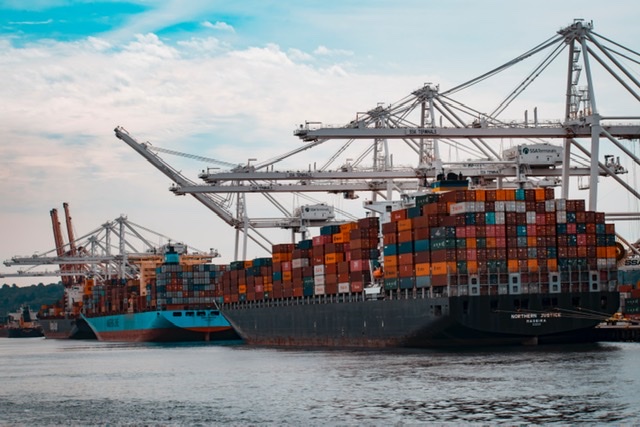 Not dealing with “carbon leakage” has plagued emission reduction negotiations since the United Nations Climate Change Convention of 1994. It led to the failure of the US to ratify the 1997 Kyoto Protocol, then the Protocol itself, and may well lead to the demise of not only the 2015 Paris Accord but the WTO.

Carbon leakage occurs when goods produced locally are imported from overseas without equivalent carbon taxes being paid in the exporting country. The proposed solution is to tax the carbon content of imports to ensure that equivalent taxes are paid in importing and exporting countries.

In March 2021, members of the European Parliament voted to support a “carbon border adjustment mechanism” (CBAM) to place a carbon price on imports from outside the EU … to push EU partners to raise their climate ambition and reduce the risk of carbon leakage”, adding, “the measure will be designed to comply with the World Trade Organization (WTO)”.

As a CBAM is clearly a border measure, its legality or otherwise falls within the authority of the WTO. In fact, it strikes at the heart of the most fundamental principle of the WTO: non-discrimination between “like products” from import suppliers.

In the 504 pages of WTO legal texts, the term “like products” appears 19 times across its many agreements. This principle ensures governments do not discriminate against imports that are physically “like” domestic products but produced according to lower labour, environment, health or other standards than the importing country.

It is a key concept as it avoids the WTO passing judgement on whether non-trade considerations are justified as trade restrictions, and thereby meddling in areas where it has neither the mandate nor the expertise to do so.

In any event, the legality or otherwise of a CBAM is almost irrelevant. India, China and more than 100 other countries (perhaps including Australia) would certainly challenge CBAMs in the WTO. A case can be made that some individual countries are doing more to reduce emissions through “on the ground measures” than taxes, so a CBAM is not applicable.

Also, these countries could argue (right or wrongly) that the true intention of a CBAM is not to protect the global environment (as per leakage) but to assure domestic competitiveness through protectionist border measures that violate the WTO.

But there is a way forward. The ideal would be an accompanying multilateral agreement by the 164 WTO members to forgo their right not to be discriminated against for adopting specified carbon emission reduction measures. More than 20 of the 250 current multilateral environment agreements contain trade provisions that violate WTO rules.

Before all 20 of these environment agreements came into force, the parties agreed on the nature and purpose of restrictions. None has ever been the subject of a WTO dispute.

However, for 164 governments to agree to conditions under which they would forgo their acquired rights will not be easy: in fact, virtually impossible. A simpler path would be to advance though regional trade agreements.

Chapter XXIV of the United States-Mexico-Canada (USMC) Free Trade Agreement states “parties shall adopt, maintain, and implement laws, regulations, and all other measures necessary to fulfill its respective obligations under the following multilateral environmental agreements …”. The agreement goes on to identify seven multilateral environment agreements, including the Montreal Protocol and CITIES. The Paris Climate Accord is conspicuous by its absence.

Other options include creating a WTO “environmental window”, where the conditions for exceptions from WTO obligations (already provided for in WTO Article XX) could be expanded to include certain agreed climate-change measures. Another possibility would be for WTO members to grant a waiver for agreed climate measures from WTO obligations by a three-quarters majority vote.

All these options are preferable to a single WTO-member country acting as “task master” and unilaterally determining which countries warrant a CBAM. They involve consultation and negotiations and a better understanding of the issues at hand.

However, they do not deal with the elephant in the room. How to evaluate a country’s contribution to the Paris Accord targets, what to do with those countries that are seen to be “not doing enough”, and who should decide?

Perhaps the Australian Government is taking the right approach. According to the Prime Minister, Australia’s path to net-zero emissions is not via carbon taxes or marketable emission permits, but by “technology, not taxes”.

“Our goal is to get to net zero as soon as we possibly can through technology … not taxes. We have the highest uptake of solar rooftop in the world, and we’re deploying renewable energy 10-times faster than the global average per person”.

Perhaps the contribution of countries should be according to what they are doing, not what they will have done in in 29 years’ time.

Absent a revised approach, carbon leakage will remain the Achilles’ heel of the carbon emission reduction negotiations for the coming years, if not longer.