Casual cruelty in Australia the backdrop to the Brereton report

That the Brereton report was released after Melbourne Cup day presaged government reliance on the distractions of Australia’s festive season. This will be yet another in the sorry list of Australian government cover-ups.

There are things that wound a nation’s soul. The abandonment of close neighbours East Timor and West Papua are two examples; the former partly redeemed by the Australian activists who maintained a lonely 24-year vigil and the belated ADF-led international intervention. West Papua remains in the wilderness of our consciences.

Distant Afghanistan is now a third.

Despite obsessive secrecy and using police to intimidate lantern-bearers and journalists, the Morrison government was unable to contain the news of war crimes. It opted for the strategy of exhaustion: the tried and tested tactics of delay and pass-the-parcel.

Just how did we even become embroiled in Afghanistan? The origins of the Afghanistan War are shrouded in claim and counter-claim; the back story is critical to our understanding.

John Howard was in Washington on 9/11 and quickly invoked the attack on the World Trade Centre as the casus belli to justify support under the ANZUS Treaty for American counter-terrorist actions. The invasion of Afghanistan began three weeks later, in October 2001. That is the official narrative, but there is a pre-history.

After a successful coup in 1978, Afghanistan’s new, leftist modernising government – where women could teach and wear Western dress – encountered an Islamist resistance that in mid-1979 began to receive US support.  The Afghanistan government could not contain the revolt and Kabul requested Soviet military assistance, yet the West labelled this support an ‘invasion’. The disastrous consequences of America’s arming of Islamist groups have been extensively documented by the journalists Robert Fisk (The Great War for Civilisation) and Max Blumenthal (The Management of Savagery).

America, meanwhile, did not dissuade Iraq from invading Kuwait, which led to the first Persian Gulf War (1990-1991). The US then followed up with a plan for dominance of Central Asia. In 1998 the National Security Advisor to President Carter, Zbigniew Brzezinski, sketched a ‘grand chessboard’ strategy to achieve this dominance.

Then came the ‘neocon’ paper Rebuilding America’s Defences, which argued for ‘full spectrum’ military dominance of the globe, noting the transformation of ‘biological warfare from the realm of terror to a politically useful tool’ and the necessity of a ‘catastrophic and catalysing event – like a new Pearl Harbor’ to harness support for such ‘revolutionary change’.

In the late 1990s, the Taliban and US Union Oil Company (UNOCAL) discussed constructing a pipeline through Afghanistan, apparently with little regard for the former’s exorable human rights record. In July 2001, a four-day meeting occurred in Berlin among ‘senior’ interested parties from the US, Russia, Iran and Pakistan.

A week after the Twin Towers attack, on 18 September 2001, the BBC reported that senior US officials had stated that military action would go ahead by the middle of October, even if the Taliban surrendered Osama bin Laden.

‘Niaz Naik, a former Pakistan Foreign Secretary, was told by senior American officials in mid-July that military action against Afghanistan would go ahead by the middle of October … [and that] it was doubtful that Washington would drop its plan even if Bin Laden were to be surrendered immediately by the Taleban.’

The American essayist and novelist Gore Vidal reiterated the existence of such military plans in an article The Enemy Within published in The Observer in 2002. He noted that several US officials had publicly denied that the capture or death of Bin Laden was the central object of the Afghan war.

While Afghanistan and Central Asia were key to America’s global resources strategy, oil and gas were not the only elements. The pipeline was rerouted as result of the continuing turmoil in Afghanistan, and the US Geological Survey ‘discovered’ between $1 and $3 trillion worth of rare earth minerals. Moreover, a US/NATO-occupied Afghanistan would serve as a check on China’s rapidly developing strategic options in the region.

Presumably Howard’s intelligence mandarins had advised him of the complexities of interfering in a mountainous place that had swallowed armies. The decisions to attack Afghanistan, then Iraq and Syria, were based on political reasons.

Regardless, Australian supporters of the Afghanistan War had made up their minds and they remained closed for two decades. Statements to the House debate in 2010 of Australia’s role in Afghanistan included the following:

‘we should not withdraw our troops from Afghanistan until the job is done. That is the Australian way.’

‘the Australian people (to) ask their government to withdraw its troops from Afghanistan because their presence is only making the situation worse’.

That the Brereton report was released after Melbourne Cup day presaged government reliance on the distractions of Australia’s festive season. This will be yet another in the sorry list of Australian government cover-ups. Defence has form on this: concealing information from parliamentary inquiries; misleading inquiries by the Inspector General of Intelligence and Security; fiddling with information on the internet (effectively interfering with a carriage service), incessant bullying and so on.

Senior serving military officers have since gone quiet while politicians bolted for cover. Ultimate responsibility rests with those who ordered Australian troops to Afghanistan in the first place, and those who kept them there in the face of mounting evidence of things going bung.

The emphasis has been on the vile deeds of a few SAS soldiers – all too easily explained away as the usual suspects, “a few bad apples”. But the murderous sub-culture in the special forces should also be considered against a predisposition to aggression in Australian society all too frequently portrayed in terms of loud, bellicose masculinity.

A lack of empathy is a permanent thread in Australian life, visible in the mob-like denunciations of Lindy Chamberlain, asylum-seeker detention centres, the deaths in police custody or prison. When Melbourne Metro ticket inspectors roughly handled a 15-year-old child at Flinders Street Station on 31 July 2013 bystanders were shocked enough to film the event, but corporate and government officialdom dismissed concerns.

Such is the casual cruelty in Australia today: against the powerless and asylum-seekers; in live animal exports, and the steadily rising trends in aggravated and sexual assaults; and where police are increasingly taking on the appearance of swaggering paramilitaries testing the limits of civil liberties, backed by ever more legislation aimed at association, demonstrations and privacy. All of this is occurring amidst the crippling indifference that D.H. Lawrence observed in his 1923 novel, Kangaroo, ‘The profound Australian indifference, which is not really apathy … with it all, toiling on with civilisation. But it felt like a clock that was running down.’ In Afghanistan, 41 Australians were killed and another 261 wounded. From 2001, more than 500 serving, reserve and ex-serving personnel have committed suicide. Figures on the number of avoidable Afghan deaths from 2001 vary. The Watson Institute at Brown University calculated 157,000 killed of whom more than 43,000 were civilians (Afghan Civilians | Costs of War (brown.edu)).

Meanwhile, Canberra is coy about its share of the carnage. Brereton’s Part One Report on civilian casualties (pages 451-452) are completely redacted. He found 39 Afghans were creditably believed to have been murdered in cold blood. The dead, maimed, diseased, internally displaced and international refugees from conflicts in Afghanistan, Iraq and Syria that Canberra has chosen to become involved in add up to immense human sufferings.

Morrison is clever to establish an Australian-controlled investigation into war crimes in Afghanistan and keep the International Criminal Court at a distance. The Nuremberg Tribunals established the precedent against waging war:

No wonder the intention to blame the lower ranks and sweep the rest under the carpet, to pass the nation and the world a dark glass: problem solved, consciences salved. 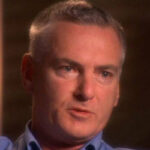 Dr Lance Collins completed his PhD dissertation on Australian foreign policy. Previously as a Lieutenant Colonel, Australian Intelligence Corps, he served on the Intelligence Staff of Headquarters Third US Army in Kuwait during the weapons inspection crisis with Saddam Hussein in 1998 and was Senior Intelligence Officer for then Major General Peter Cosgrove when he was Commander of the INTERFET forces in East Timor in 1999.