Another case, not previously reported, was his hijacking the credit for the same-sex superannuation entitlements policy in 2007/08 from Liberal MP, Warren Entsch, who led the campaign for reform in the Coalition.

In the Same-sex Marriage chapter of A Bigger Picture Malcolm writes that there was a “stormy cabinet meeting” in the last days of Howard’s government (August 2007) about giving same-sex couples equal rights in relation to Commonwealth superannuation schemes.

There was an election approaching and Turnbull’s seat, Wentworth, had become marginal with 17000 new voters added to the role, mainly in the “pink” areas of Darlinghurst, Kings Cross and Elizabeth Bay.

Tony Abbott, Kevin Andrews and Nick Minchin were fiercely opposed. Malcolm writes that at the cabinet meeting he told his colleagues the well-known story about Cardinal Pell saying “God created Adam and Eve, not Adam & Steve”, and an old lady said to him “Well, if God didn’t make Adam and Steve, who did ?”

He continues: “ There was a moments silence. Howard put his palms down on the table. ‘That’s it. Discussion is over. Malcolm you come with me and we will settle it’ And so we did; the proposal was adopted”.

Not so fast, Malcolm. The story of the 2007/08 same-sex discrimination reforms was much more dramatic and involved the tireless efforts of a dedicated “Crusader for Gay Rights”, Warren Entsch, Member for Leichardt, whom you fail to mention.

After several years campaigning unsuccessfully for equal rights for same-sex couples in superannuation, as the Convener of the Comsuper Action Committee (COMSAC), I was alerted to an interview which Warren Entsch, the “fiercely heterosexual”(as he described himself), former crocodile farmer, turned politician, gave to a Queensland gay newspaper “The Pink Broad”, in which he confirmed, “that he planned to co-sponsor a private members bill in Federal Parliament within months to eradicate discrimination and inequalities faced by Australia’s gay and lesbian population under Federal law.”

He went on to explain what motivated him: “It came to my attention when a Navy fellow came to see me about the fact that he was being posted away from home and the Navy was packing his personal belongings and taking his dog and his budgerigar, but wouldn’t take his long-term same-sex partner. I found that quite offensive.”

I contacted Warren Entsch and explained that my partner, Arthur Cheeseman, and I had lived together for 40 years. I had worked at the ABC and had a Comsuper pension. Arthur, who worked as a pharmacist under the Shop Assistant’s award had no superannuation.

If I had a wife or heterosexual de facto partner, and died first, she would receive two-thirds of my pension for life. If I died first Arthur would receive nothing. Warren Entsch was appalled. On May 22nd.2006 Entsch wrote a letter to all Coalition MPs asking them to sign “a petition of support for a Private Members Bill to recognise same-sex relationships in Federal legislation”, citing his Naval constituent, and Arthur and I, as case studies in unfair discrimination. On October 26th. “The Australian” reported that “John Howard has pledged to tackle legal discrimination against gays and lesbians after a quiet campaign by an alliance of Liberal backbenchers led by Warren Entsch”.

At a meeting with the Prime Minister Entsch agreed to drop the private member’s bill in return for Attorney-General Philip Ruddock preparing a submission for Cabinet. Warren told “The Australian” on March 3rd. 2007 that “he believed that legislation would be ready before this year’s federal election expected in October or November”. In April 2007 the Human Rights and Equal Opportunity Commission(HREOC) completed a twelve-month inquiry, led by Graham Innis, into discrimination against gays and lesbians in federal laws.

It identified 58 laws denying entitlements to same-sex couples, with Commonwealth superannuation schemes high on the list, and recommended recognising same-sex couples as de facto relationships. The Labor Party immediately announced that if elected it would implement all 58 recommendations. John Howard declined to respond to the report. A galaxy poll showed that 71% of Australians favoured giving same-sex couples the same legal rights as heterosexual de facto couples.

Frustrated by the government’s inaction, and with evidence of increasing pressure on Howard from religious groups, COMSAC warned Entsch and Turnbull in August 2007: “Gay people in Wentworth have so far been given no reason for supporting the Howard Government. It might be of interest to you that there is talk about running a gay-rights candidate in Wentworth, with the aim of getting 4-5% of the vote”. It may have been just a coincidence that the Sydney Morning Herald soon reported “Malcolm Turnbull has taken up a personal crusade to convince his cabinet colleagues to allow same-sex couples the same legal and financial rights as heterosexual married couples and de facto couples. With cabinet preparing to discuss the issue, Turnbull has stepped up his push by individually lobbying fellow ministers for support”

As mentioned by Malcolm in his book, on August 21st Cabinet did have a “stormy debate” on the issue of same-sex entitlements, but the outcome was not the success story he claims. The Australian reported on August 23rd “Cabinet leaves John Howard to decide on same-sex rights”, and on Sept 13th “John Howard told Mr Entsch in the party room yesterday that he did not believe in giving same-sex couples equal treatment”.

On Sept 24th a disappointed gay Tim Wilson, then a researcher at Institute of Public Affairs wrote in The Australian that “in a tight election Howard has clearly been spooked by the “Australian Christian Lobby””.

The election was called for Nov 24th and the campaign crunch came for Turnbull on Nov 7th when he had to address a forum in his electorate hosted by the Sydney Gay & Lesbian Business Association. Malcolm could have boasted to the readers of his book how, at the last minute, he persuaded John Howard to do a back-flip and authorise him to make a surprise announcement to the forum that “The Coalition will extend eligibility for death benefits under government superannuation schemes to interdependent relationships, including same-sex couples”.

No mention of the other 57 HREOC reforms affecting same-sex couples, and ominously, they were still called “interdependent relationships”. Turnbull was re-elected with a 1.3% swing in his favour, probably due to his green credentials. The new Attorney-General in the Rudd Government, Robert McClelland, quickly got to work examining Commonwealth laws and found 100 discriminating against gays and lesbians.

Legislation was introduced into parliament for an omnibus law to remove all such discrimination and recognise same-sex couples as de facto relationships. It was expected to be passed by June, until Opposition Leader Brendan Nelson, goaded by his conservative wing, insisting that the “interdependent relationship” terminology be retained to provide for “two elderly sisters living together”, referred the legislation to a Senate Committee, with the prospect of indefinite delay.

To his credit, when he replaced Nelson as Opposition Leader, Malcolm Turnbull stared down his opponents in the party room, and the Australian Christian Lobby. With minor amendments, the Rudd Government’s landmark same-sex relationship reforms became law in December 2008. Speaking in the Senate, Shadow Attorney General, George Brandis said “I must in particular mention my friend the Hon. Warren Entsch, the former Member for Leichardt, who championed this cause with tenacity throughout the later years of the Howard Government”.

Warren retired from parliament in 2007, but re-won his seat in 2010 and played a leading role in the campaign for Marriage Equality in 2017. It is a grave injustice and distortion of history that Warren Entsch is given scant mention, let alone any credit, in Malcolm Turnbull’s book. I hope this account sets the record straight. 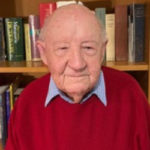