Cavan Hogue: Chile coup was another example of Australian support for US interests 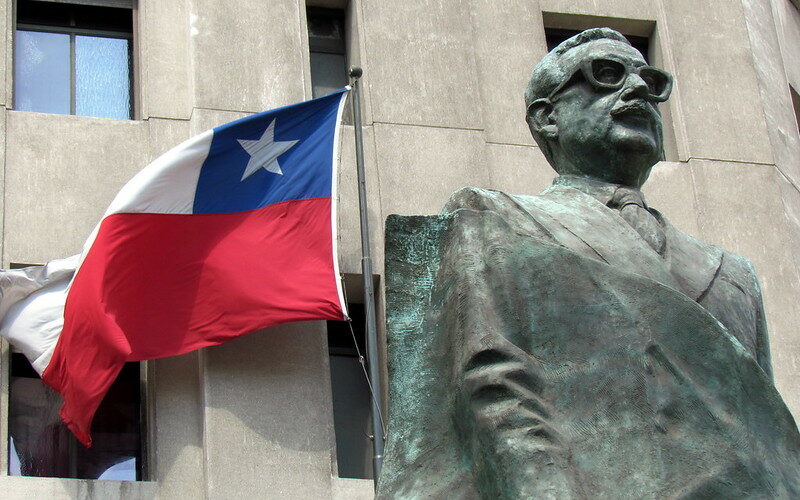 National Archives documents released last week revealed how closely Australia’s overseas spy agency worked with the CIA in the lead-up to the 1973 coup in Chile. Former diplomat Cavan Hogue reflects on the political and social environment at the time.

The Pearls and Irritations article and the documents released by the National Archives on Chile are interesting. I was first secretary at the embassy in Santiago until early January 1970 when I returned to Canberra. Some clarifications may be useful.

When I left Chile, it was a divided country. President Eduardo Frei had held things together but both in civil and military society there were differing views. Chileans were proud of their long record of democratic government and looked down on other Latin American countries who were plagued by coups.

In September 1970 elections were held which reflected this democratic tradition, but the results also reflected the divisions in the country. The results were 36.2 per cent to Salvador Allende, 34.9 per cent  to the conservative former president Jorge Alessandri and 27.8 per cent to Radomiro Tomic of the Christian Democratic Party (PDC). So clearly a considerable majority of voters did not want Allende as president. However, equally clearly, his election was legitimate and conducted freely and fairly in accordance with Chilean electoral law. Chileans accepted the result. Thus, the foreign-backed military coup in September 1973 was an illegal act against a democratically elected government.

Allende’s coalition got 44 per cent of the congressional votes in March 1973 which suggests than he had strong support from the poorer sectors of society by then although not a majority. There was a class divide between the workers and the wealthy. The worker’s chant, “El pueblo unido, Jamás será vencido” has been taken up around the world in various translations even without the rhyme! However, economic conditions had deteriorated which was losing Allende a lot of support and stirring up concern in the military especially those ideologically opposed to Allende’s socialist vision.

The coup was carried out by sections of the military with support from some conservative sectors of society plus strong support and encouragement from the USA. Opinions vary on whether commercial or ideological concerns were the more important for the US but both were no doubt involved.

I suspect the ideological were more important in this case, but there is no point in quibbling over the detail. There is nothing new in CIA-supported replacement of democratic governments by more pliant dictators more in line with US commercial and strategic interests. Guatemala in 1954 is a classic case where democracy and the welfare of the poor stood no chance against the profits of the United Fruit Company. The US attitude has been summed up in a famous quote widely attributed to president Franklin D Roosevelt in 1939 where he said that the brutal Nicaraguan dictator Anastasio Somoza “may be a son of a bitch but he’s our son of a bitch”.

What is interesting here is the Australian participation. In the past we have gone along with US interventions of this nature without making a fuss, presumably seeing them as part of our much vaunted shared values.

Why did we get involved this time in a case where no Australian interest was involved?

The request came from the CIA which tried to prevent Allende being elected and then to undermine him. (While clearly involved in undermining Allende there is no evidence to suggest that Australia was directly involved in the coup, even if we knew what was going on.)

The only possible explanation is that we did it to please our great and powerful friend in the hope that it would add to our store of brownie points in Washington. ASIS may well have hoped also to get a return gift from the CIA at some time. While the station was not set up until 1971 the decision to post an officer was taken by ASIS early in 1970.

It is all water under the bridge now but this is yet another example of Australian support for US interests of no direct value to Australia. Nothing seems to have changed.