Cavan Hogue: Ukraine is not just about goodies and baddies 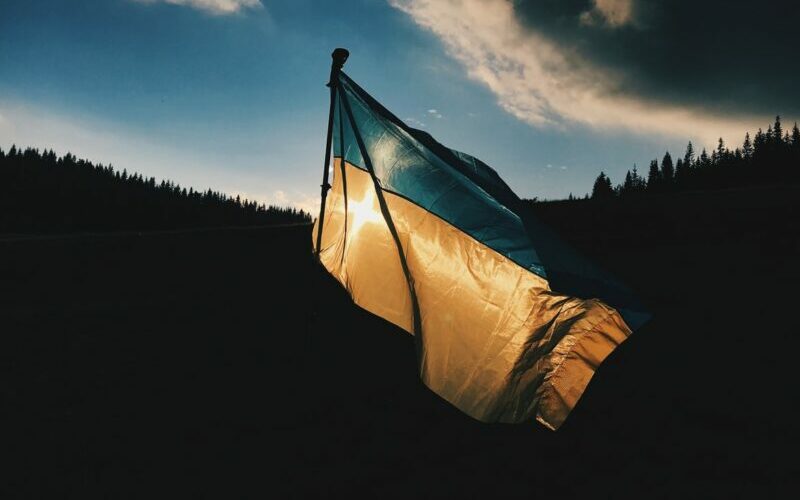 Russians believe they were promised that NATO would not move east as a quid pro quo for accepting German unification.

There are a number of actors in a complex situation in Ukraine. The Ukrainian state in its present form is a relatively recent creation in historical terms and is still divided by religion, language, geography and identity. The internal problems are further complicated by the interests of other European states and above all of Russia and the US.

In the West are people of Polish origin and in the Eastern Donbas region Russian speakers predominate around whom the current controversy swirls. Russian is widely spoken throughout Ukraine, even by nationalistic Ukrainian speakers, but not everyone speaks Ukrainian. Both Russia and Ukraine trace their origins back to Kievan Rus more than 1000 years ago at a time when the area was made up of a myriad of small cities and states which came under the fairly loose domination of the Mongol Golden Horde and eventually became the Russian Empire under Peter the Great and the Romanovs. Those interested in the history can consult a history book.

The current imbroglio revolves around Ukrainian nationalists who want everyone to speak and use the Ukrainian language on all occasions and those who prefer a more multicultural approach where Russian can be used, especially in the Donbas where it is the only language. In the Donbas, some would like to be part of Russia but others are happy to remain Ukrainian so long as they can use the Russian language. Many probably don’t care and just want to be left alone in peace and relative prosperity. The revolt broke out after Kyiv imposed the use of Ukrainian and Russia then supported the rebels.

We now have a clash between Ukrainian patriots supported by the government who want closer ties with western Europe, or in some cases membership of the EU and NATO, and on the other hand those who are pro-Russian and want closer ties with Russia, or in some cases, absorption into Russia. Russia is supporting the Donbas rebels militarily and politically. It has offered Russian citizenship to people in the region. The US supports the anti-Russian parties while western Europe offers rhetorical support but would not want a divided, poor and corrupt country joining the EU or NATO. Many Ukrainians hope that western Europe will raise them out of poverty and protect them against Russia.

The US still has many cold war warriors who don’t think things have changed, others who believe they have a mission to spread truth, justice and the American way of democracy to the world and those who are not interested in ideology but who see Russia as a rival to American pre-eminence. However, it is by no means certain that most Americans are interested in Ukraine and even less that they would support military action against a nuclear power. US President Joe Biden’s focus on economic sanctions recognises this.

The 62-rouble question now is will Russian President Vladimir Putin invade Ukraine and if so what will others do. There is much debate and much huffing and puffing by all sides but no clear answer. Russia has stated publicly that it has no intention of invading Ukraine but that a NATO presence on the Russian border is unacceptable. Russian forces have been sent to border regions and interference in the Donbas has stepped up. The US noisily threatens massive sanctions if Russia invades. It is perhaps worth remembering the Cuban missile crisis when the US threatened war if the USSR placed nuclear missiles in Cuba and Russia backed down but only at the price of a secret agreement by the US to remove missiles from Turkey. Russia still sees NATO as a threat.

Many Russians find it hard to accept that Ukraine is really different and many on both sides of the border have relatives on the other side. Putin’s acquisition of Crimea was popular in Russia and nationalistic posturing is one of the tools he uses to get domestic support.

Similarly, the threat from the West is an age old theme in Russia where people remember that both Napoleon and Hitler invaded through Ukraine. Is NATO going to do the same thing? Rightly or wrongly, Russians believe that they got a promise from the US that NATO would not move east as a quid pro quo for accepting German unification but they now see this promise being broken.

This attitude justifies massing defensive forces on the border which Ukrainians and Americans see as a precursor to invasion. The Russian foreign minister has stated categorically that Russia does not plan to invade Ukraine. Whether Russian promises can be believed is a moot point but the most superficial look at American history tells us that the same can be said of US promises. The bottom line is that Putin would probably like to absorb the industrial Donbas and if he could achieve that he would almost certainly leave the rest of the country alone.

However, he does not want to get into a war with the West. Biden makes a lot of noise about supporting Ukraine and talking strong measures against a Russian invasion but he doesn’t want to get into a war either. American rhetoric suits the president’s domestic needs at a time when he is under pressure at home as well as upholding US global pre-eminence. China is the major threat to American dominance and focus on Europe is a distraction it wishes to avoid. Russia wants to be recognised as a Great Power and respected as such.

Putin is a dictator who faces problems at home while Biden presides over a fractured nation. Both find the talk of threat from an evil empire domestically useful.

The UK is sending armaments to Ukraine along with some Baltic states and making a big noise about it. The foreign secretary has accused Russia of supporting a proxy presidential candidate which he has denied. Moral outpourings from the UK, USA and others about attempts by Russia to suborn influential Ukrainians are naïve at best.

A British diplomat was once asked what the role of MI5 was and replied that MI5 exists to stop other countries doing to us what MI6 is doing to them. Recruiting influential people in countries of interest is standard modus operandi of all intelligence agencies.  As for attempts to overthrow foreign governments, the track record of the UK and US I can only say judge not lest ye be judged.

The British government is presumably pleasing the Americans and trying to deflect attention from its parlous domestic position.

Negotiations continue under the all but defunct Minsk agreement in what seems to have become a game of bluff. The most likely outcome is a continuation of the status quo but miscalculation or deliberate escalation cannot be ruled out.

Australia would be well advised to stay out of this mess but the government will be tempted to please the US by statements which have no effect on events. So far, we have been cautious as have most Europeans except for statements by the British foreign secretary which should be treated with the contempt they deserve.

Cavan Hogue was ambassador to Russia and dually accredited to Ukraine.