In making and explaining major policies on the run, it is easy to slip into confusing dichotomies and create perverse incentives. Unsurprisingly, the Job Keeper program is one of them.

Many people have been surprised at the Prime Minister’s statement that: “everyone who has a job in this economy is an essential worker”. This appears to fly in the face of our understanding of ‘essential work’ whether by definition, example or legislative intent. Gary Mortimer uses a common sense definition of essential as ‘something necessary, indispensable, or unavoidable’ (Conversation 31 March 2020) and points out the constantly changing list of ‘essential industries’ that are to remain open. Our common sense list of essential services is similar to the UK list (health and social care, government, food and necessary goods, key public services, public safety and national security, transport, utilities, communication and essential financial services), though even this list included ‘key’ and ‘essential’ elements of existing industries.

These are the services and industries in which governments give ministers power to intervene where industrial disputes appear to threaten life, safety, health or welfare of the population or to the economy or part thereof (e.g. s431 of the Fair Work Act 2009). Jobs delivering 30 minute haircuts, trimmed hedges or making takeaway lattes do not fall within the boundaries of ‘essential work’ in any definition, intuitive list or ministerial purview (despite the nation’s coffee addiction). More significantly, mining, construction and much of the work now being done from home, would not be considered essential. Certainly, they are important to jobs and the economy – but so are many of the industries shut down.

The reason why any of this work is prohibited is not because it is non-essential but because it is judged to be too risky for the workers and the community. All work has risks and governments, unions and employers try to reduce those risks. The COVID virus increases the risks of workers contracting the disease and increasing community transmission. But the extent of that risk may vary enormously. The lists of ‘non-essential’ work that is required to be halted are deemed too risky on those grounds. Garden maintenance and much outdoor work has virtually no added COVID risk provided you pay online and nod your head rather than pulling a wad of cash from your pocket and shaking hands. It may well be safer because reduced traffic lessens the chance of an accident driving to jobs. Much construction, mining and modern manufacturing have little limited close contact and are used to developing protocols for safe work.

So the real distinction is between low risk non-essential jobs and higher risk non-essential jobs, where much of the difference is in the degree of physical proximity. (Karl W Smith usefully contrasts these as ‘high touch’ and ‘low touch’ economy – see his piece in Bloomberg Opinion April 2 2020). Of course, this is not a dichotomy but a continuum. The judgement for government, informed by employers and workers, is where along the continuum to draw the line taking into account the cumulative risks. Of course, essential work also has risks – and sometimes significant risks. This has two consequences. First, we have a special responsibility to minimise risks for them. Secondly, the (minimised) risks in essential industries are the base line on which the cumulative assessment of risk starts.

Low risk non-essential jobs are important for the economy. Some are hit very hard. Some are growing. Quite a few are relatively steady. We should encourage their expansion, especially when it involves workers in existing firms, turning their skills to new uses. But it is confusing to call them ‘essential jobs’ or to fail to distinguish between the two questions to be considered – how essential and how risky.

A few businesses are expanding, a few are holding steady, some suffer moderate hits and many have suffered massive revenue downturns. The government has rightly seen that ‘hibernation’ is a better option than sudden death. A new dichotomy of live and hibernated business is much better than the dichotomy of live and dead businesses. However, the reality is, again, a continuum. Whereas bears are either active of hibernating, ‘hibernating’ corporations can and should be encouraged to be entrepreneurial and find new ways to use staff, skills and equipment. The government praises those who do but the Job Keeper scheme can provide significant perverse incentives against doing so.

Consider a firm with a 35% drop in revenue but with plans that could claw back 10% or more. If it is in a labour intensive industry such as hospitality, it is likely to pay out over 30% (see for example, hospitality-wage-as-a-percentage-of-sales and restaurant labour costs). Such industries often pay little more than the minimum wage so that the Job Keeper payment will cover most of the wage bill. A firm with a 35% drop in revenue will get most of that made up by the Job Keeper allowance of $1,500 per fortnight. But if it does manage to get the extra 10% in revenue it will lose all the Job Keeper payments and be worse off by 25% in revenue.

This is not a new feature in welfare systems where poverty traps are created, and extra income causes a welfare recipient to lose a major benefit (such as a pension or rent assistance). One approach is to make the benefit universal. While there are some good arguments for a universal basic income, this cannot be delivered based on historic payrolls of existing companies (hibernating or otherwise).

The most common approach is to ‘taper’ benefits. Job Keeper payments could be likewise tapered with the government paying $500 per fortnight if the revenue drop is 20%, $1750 if the drop is 25% moving in stages to the full $1,500 if the drop is 35%. The employer would be required to provide at least the difference. Employers would, as now, have to estimate the drop in income and either receive top ups or refunds if revenue turns out worse or better than expected.

Dichotomy 3: Public and Private Demand – a role for us all, especially the most privileged amongst us.

It is almost universally acknowledged that the Global COVID Crisis involves massive simultaneous demand and supply shocks. The supply shock lies in the many businesses unable to supply their usual goods and services. The demand shock is in the inability or unwillingness of business and consumers to spend. Such demand shocks can be mutually reinforcing with less spending producing less business revenue, reducing wages and profits which in turn reduces business and consumer spending. This is the kind of cycle that produces depressions (which are, it must be said, exacerbated by wage cuts for the currently employed).

However, those who are privileged to be more comfortably well off should play their part (perhaps starting with the one third of us who earn more than the average of $86,320 p.a. and accelerating for those above).

It is natural to reduce expenditure in times of uncertainty and when some of the usual consumption expenditures are not available (such as overseas holidays). But this is the time when we should look at where we can spend that is of use to us and which will assist non-essential but low risk industries. Spend as much on takeaway as you would have on restaurants. Spend the money you would have spent on holidays on renovations.

Professor Charles Sampford, DPhil Oxon, Barrister at Law is Foundation Dean of Law and Research Professor in Ethics, Griffith University and Director, IEGL, The Institute for Ethics, Governance and Law. 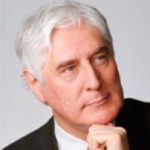