It is such a shame that the PM and our Foreign Minister felt the need to goad China.

That bugling for a “transparent” and “independent” enquiry into the origin of Covid-19 ain’t gunner help the international scientific community to find an effective strategy for managing future pandemics. Instead, it has merely given vim to the visitation of the mutant White Australia Virus upon the Chinese in Oz.

The hypocrisy and stupidity of asking for transparency of an authoritarian State, when in the same television footage Marise Payne refused to divulge the source of the pirated copy of Turnbull’s memoirs, is just so embarrassing. That cameo might have reminded the Chinese leaders of the heyday of the white untouchables in the International Settlement in Shanghai, up until 1913, when they could do to the Chinese as they pleased.

Our leaders seem blind to the possibility that the Chinese would see us as the self-proclaimed generous white nation that stole the oil revenues from Timor Leste, one of the poorest nations on earth. Yes, all done through commercially legal agreements, but connived through the bugging of the cabinet rooms of the Timor Leste government, a morally putrid feat camouflaged under the grand banner of AusAid to renovate those rooms for the new nation. In contrast, the Cuban government sent 300 badly needed doctors and nurses to Timor Leste, who in turn trained up 1000 local health professionals. All for nothing under Cuba’s capacity to pay principle, a founding principle still uncompromised by greed.

This Timor venture as well must remind the Chinese of how the West ransomed the ailing Qing Dynasty for obscenely huge “Indemnity” payments under “peace” Treaties.

If we want to help ourselves, the West, and China, it would pay for us to remember China’s well-founded fear of the West with its 100 year of avaricious greed and remorseless oppression.

Just take the Boxer rebellion of 1900, for instance. After the slaughter of the deluded “bullet-proof” Boxers at the hands of the combined killing machines of the Eight Nations, the Brits insisted on an Indemnity Fund so disproportionately huge that even the Americans were embarrassed. (The Americans were persuaded in due course to repay a good portion of the funds in the form of scholarships to US universities, a diplomatic face-saver that unexpectedly paved the way to the founding of Tsinghua University!)

It took a year for the Brits to cower the ailing Qing government into yielding to that ransom demand, an inglorious year in which our own pre-Anzac contingent arrived too late to fight but not too late to join in the triumphal “cleaning up” operations in search of the remaining Boxers in hiding. It was not without mishap, though. Six of these Aussie fighters are now remembered on the walls of our War Memorial in Canberra.

The scars of all this history are ever-present in the psyche of PRC leaders. There is a Dictionary of 100 Years of Humiliation, an inch and a half thick, detailing the wrongs which the West inflicted upon the Chinese, beginning with the Opium War of 1839-42. After the 1989 Tiananmen Square disaster this and similar cultural records were got into high gear in the “Patriotic Education Campaign”

If China has been coy about Covid-19 it is understandable.

The PRC leadership is in a bind. The growing middle class is hooked on Western style economic progress but has been impatient for the liberalisation of their polity. The half–baked but mass supported demand for “democracy” at Tiananmen is testimony to that.

Foreign wrongs and Chinese humiliation are the bedrock of the PRC government, which has mythologised the Communist Party as the only party capable of throwing out the foreign devils and keeping them at bay. They cannot relax. They cannot let go of their grip, in case their very own existence be threatened. So the more we goad them, the more they will be able to justify their indispensability to their growing middle class.

At any rate there is no need to goad them. The May 4th Movement in 1919 was a spontaneous uprising, all credits to our own Billy Hughes! His brazen insistence on the righteousness of the White Australia Policy at the Versailles Peace Conference had resulted in the Shandong Province’s being given to the Japanese as a diplomatic face-saver. That was the fuse that lit the May 4 Movement. It should tell us that China is capable of producing its own intellectual class committed to reforming their polity.

Shandong, as it transpired, became in 1931 the beach-head for Japan to launch its 15 year long military carnage and germ warfare experimentation upon China. The Chinese cannot forget all this history, just as our Indigenous peoples have not forgotten their “dispersal”, the dispossession of their land, their stolen generation, and their own Anzacs discarded on the scrap heap upon their return from Europe.

If we want to advance humanity across the oceans we need to put our feet in the shoes of the people towards whom we have historical antipathies. But if we care only about chop-sueying up some cold-war remains to rally the lackadaisically educated, still nostalgic about our Imperial heritage, but living largely hand-to-mouth in voter-land, then anything will do.

It seems that the White Australia Virus (WAV-1901) has been unleashed again, this time in response to Covid-19. It seems to break out every time we feel our existential fragility: Blainey in 1984 who fomented the fear that social cohesion was strained by the trickle of Asian immigrants; Hanson in 1996 who claimed that we were being swamped by Asians who would not integrate; and now Covid-19, the pestilence pasted upon an authoritarian China, as though presaged by the popular Fu Manchu novels in which the eponymous evil no-slouch with doctorates from Cambridge and America, also extensively featured in cinema, television, radio and comics for much of the 20th century, was hell-bent on bringing western civilisation to its knees. The plucky Englishman creator, in his end days, confessed that he knew nothing about China!

Is his legacy still with us?

I hear a distant rumble: Donald Horne, turning in his grave. He had after all taken down “Australia for the White Man” from the masthead of The Bulletin, not long before he chronicled the Lucky Country of the ‘60s. 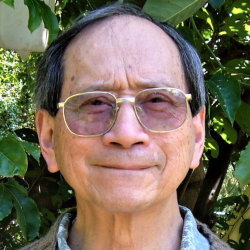