Children suffer the most in war 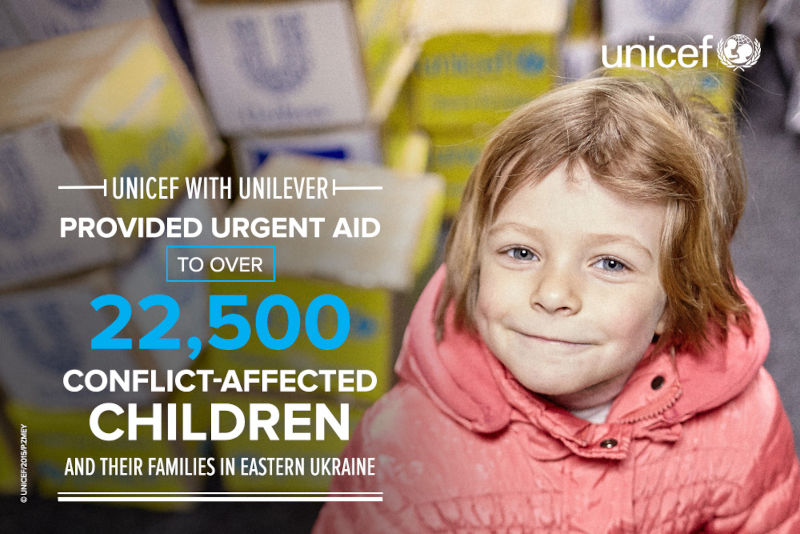 According to UNHCR, children account for the majority of civilian casualties in war. Image: Wikimedia Commons

The nightly television coverage of the war in Ukraine is increasingly bleak. We see a distraught mother who has lost all her possessions. The camera moves to her three-year-old daughter in a pink coat, playing while her mother speaks. She seems happy enough. We are tempted to think ‘At least the children are OK’. But the children are not OK. In war it is the children who suffer the most.

A recent commentary in the The Lancet medical journal described a baby, born in a small rural hospital, who needed urgent care in in newborn intensive care unit. Normally he would have been immediately transferred by ambulance to the hospital in Kherson, a routine journey of 100km. But Kherson is surrounded by Russian forces. Even ambulances are not allowed access. The ambulance carried the baby along roads severely damaged by rockets, all the while hoping to avoid air strikes. When it finally reached the blockade, the baby was lifted out and transferred through the blockade by being handed from one person to the next. At last report he was alive, on a ventilator, but in a critical condition. War disrupts access to essential medical services that are normally available in peace time.

According to UNHCR, children account for the majority of civilian casualties in war. It’s not a well-known fact, but not surprising when you think about it. Although some children die from the weapons of war, most die from preventable diseases that can’t be treated because the health system and the infrastructure are destroyed. This destruction increases in Ukraine for each day that the war continues.

But it’s far more than lack of access to medical services. War has specific effects on children. Access to their parents and others who love them may be restricted. Their parents may be killed by indiscriminate bombing. Their fathers leave for the battlefront. Their parents become so preoccupied with finding food, safety and shelter they may be emotionally unavailable to their children. Children become more easily dehydrated and malnourished. Starvation is more likely. War destroys the local economy so that parents struggle to feed their children and provide them with basic necessities.

Schooling is disrupted. Lost educational opportunities may never be regained, especially in families who are already living on the margins. Education is the best weapon against poverty but in war, this weapon is quickly neutralized.

Many children are displaced into refugee camps, sometimes for years, in some cases without parents or family. Here they are at greater risk of malnutrition, Infection, lack of emotional nurturing and lack of health care. Some become victims of sexual predators. Mostly, refugees are met at borders by people, such as UNHCR representatives whose sole aim is to provide help, to provide food, shelter, clothing, transport, and counselling. Distasteful as it may seem, it is a sad fact that sexual predators posing as helpers also wait at border crossings, looking out for unaccompanied, vulnerable children to ‘befriend’.

Then there is the psychological trauma. Post-traumatic stress disorder occurs in children as well as in adults and can be worse. Children cannot understand why the conflict is occurring, may become anxious or depressed. These prolonged experiences, compounded by illness, malnutrition and being exposed to situations and scenes that children should never see, or experience have a cumulative effect on their mental health. Even when peace is achieved, these experiences make it difficult for them to form healthy relationships with adults and their peers.

Can anything be done? Apart from finding a peaceful solution, we need to be aware that children suffer the most and try to ensure that aid is targeted appropriately, that unaccompanied children at border crossings are protected and that educators are helped to support children in war zones.

Some children do well. They are the ones we read about in inspiring stories of survival. These are the exceptions. Most children are not this fortunate. However, children are resilient, and they can be helped. They need a nurturing environment, as well as protection. War-affected children should not be treated as helpless victims. We should encourage and support programs that build on their resilience and capabilities using educational programs that will help them to rebuild their lives. As a refuge boy said to a UNHCR worker. ‘Only if I am educated can I help take care of my mother and get a good job’.

No, the children will not be OK. They will suffer more than the adults. But there are ways of protecting them and building on their strengths.

Kim Oates is an Emeritus Professor of Paediatrics, a former CEO of the Children’s Hospital at Westmead, a former President of the International Society for Prevention of Child Abuse and Neglect and an elected Founding member, International Academy of Quality and Safety.