China and Australia once were allies 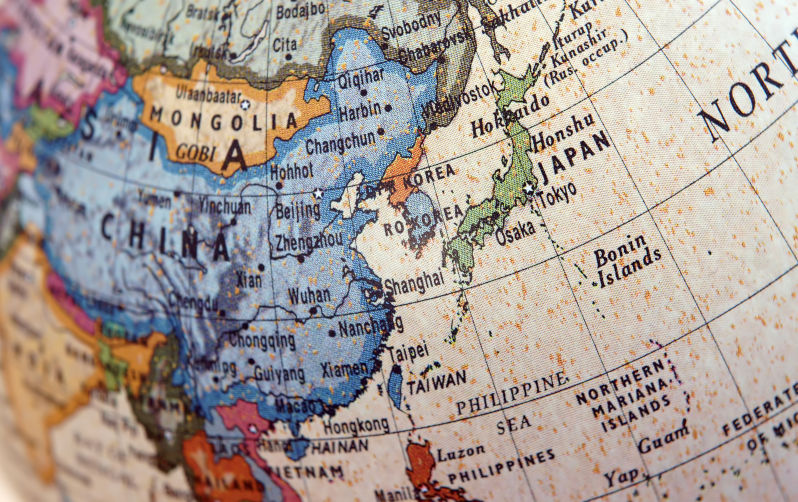 With QUAD and maybe JAUKUS, Japan is anxious to recruit us and others as spear carriers against China. The anti-China cause is long standing in Japan.

China suffered greatly at the hands of the brutal Japanese military in the 1930s and the 1940s. Twenty million Chinese died and a large part of the country was plundered and extensively damaged. Fifty million Chinese were made homeless. A rural and undeveloped China was no match for a modernised industrial nation like Japan. China barely survived.

But four years after the end of WWII the Communist Party of China took charge and China became the ‘enemy’ and the story of its suffering at the hands of Japan was deliberately lost. The Korean War pushed China’s WWll experience into the background.

Now with China modernising and growing in confidence, it is not surprising that it expresses concern about what it endured from an invader who consistently seeks to avoid the truth about WWII.

In a speech at the NAB Australia-China Business Week on 5 September 2014, Malcolm Turnbull said “For China the war with Japan had begun in 1937 and for four years she fought alone. Japan had 680,000 troops in China at the time it launched its offensive in the Pacific – four times the number it deployed to sweep through South East Asia until they were stopped at our doorstep in the jungles of New Guinea.

Had China been defeated and become a collaborating puppet state, like Vichy France, not only would Japan have been able to fling vastly greater resources into the war against Australia, but it would have been able to invade Siberia in 1942, as Hitler asked, when the Red Army was almost smashed by the Nazi offensive in the West.

We may not have succeeded in resisting Japanese aggression without the tenacious heroism of our Chinese ally.

The Soviet Union, reeling in the face of the blitzkrieg, may not have been able to survive a two front war at its moment of greatest weakness.

The central role of China as our ally in the Second World War is barely remembered in Australia today. But it will never be forgotten in China.

We should never forget that China’s war against Japan was not just their war, but our war too – and without China we may not have won it at all.”

Unfortunately it was only a few years after that speech that Malcolm Turnbull was joining with Japan in its anti China campaign.

The renewed Japanese campaign against China after WW2 was led by Nobusuke Kishi the grandfather of Shinzo Abe.

Nobusuke Kishi was a Japanese bureaucrat and politician. Known for his brutal rule of the Japanese puppet state of Manchukuo in Northeast China in the 1930s, he was nicknamed the “Monster of the Shōwa era”. He drove hundreds of thousands of Chinese into slave labour, referring to them as ‘dogs’. He spent three years in Sugamo prison awaiting trial as a Class -A war criminal.

But with the 1949 revolution in China, the US needed a leader in Japan against China. Kishi filled the bill. He made a comeback as Prime Minister 1957/60.

In subsequent years the anti China sentiment in the ruling LDP was reasonably contained.

But it made a revival with Shinzo Abe, the grand son of Kishi.

Abe visited Yasukuni Shrine which commemorates not only millions of Japanese soldiers who died, but also Japan’s war criminals. Abe attempted to undo the Kono Declaration of 1993 in which Japan apologised for its WW2 atrocities. Keen to continue the national and family hostility to China he initiated QUAD in 2007. It made little progress but was resuscitated when Abe returned to power in 2017.

Abe was mired in corruption and was assassinated this year by an aggrieved son of a member of the Moonies in the Unification Church.

QUAD has little attraction for leading Asian countries. It will probably go the same way as SEATO, which did not include key regional countries such as Indonesia and Malaysia. SEATO just became irrelevant.

So the anti China factions in the LDP are campaigning for Japan to join AUKUS. As Michael Auslin in the AFR put it, ‘A new QUAD is coalescing in the Indo-Pacific- a grouping that brings together Australia, India, Japan and the United States-and its likely to have an even greater impact than QUAD’. As Auslin put it.. ‘Forget the QUAD or G20, JAUKUS is the talk of the international circuit.’

And so Japan’s anti-China campaign goes on and on.

The US and Japan are trying to recruit us as a spear carrier against China. We look like obliging.

Where are the peace makers who will hammer spears into sickles?