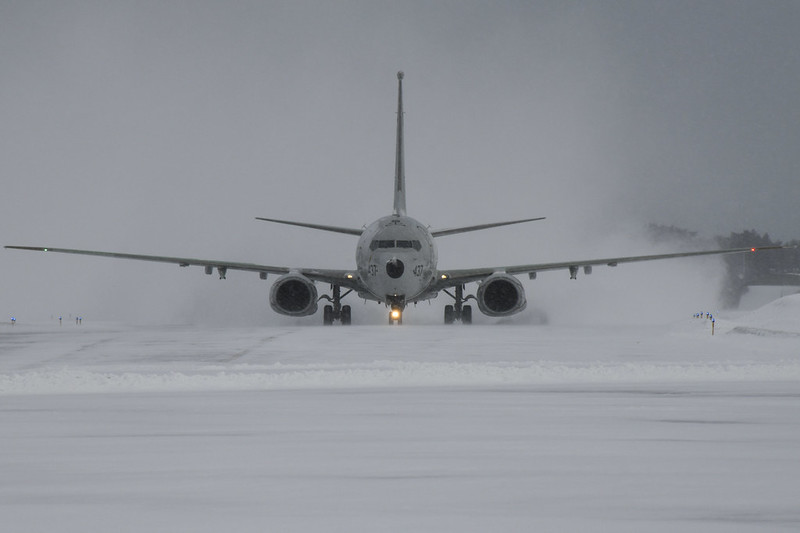 What was the P8A doing that prompted such a response? Some try to place the incident in a wider context. (Image: Flickr / U.S. Pacific Fleet)

The belligerent statements by Scott Morrison and other seem blown out of proportion for political reasons and may have been motivated by the upcoming elections.

Australia has accused a Chinese warship of shining a military grade laser at an Australian Air Force Poseidon 8A (P-8A) surveillance plane on 17 February in Australia’s Exclusive Economic Zone (EEZ). The Australian Department of Defense condemned “the unprofessional and unsafe military conduct.” Prime Minister Scott Morrison said the incident was an “act of intimidation.” Defense Minister Peter Dutton said Australia “would always stand up to China’s coercion, bullying and intimidation”. These belligerent statements seem blown out of proportion and may have been motivated by the upcoming Australian elections. But it is not clear what actually happened and why.

Indeed, the incident raises many questions and the full story needs to be determined and told.

Mr. Morrison has demanded a full investigation saying “all the countries in our region” deserved an explanation from China of this “dangerous, unprofessional and reckless” behavior. But they also need to hear the full story from Australia as well.

So far most countries in the region including neighboring Indonesia and Papua New Guinea have not publicly commented. Japan’s Ambassador to Australia Yamagami Shingo said that Japan was fully behind Australia in the matter and supported its firm response. But he also said that while Japan has experienced similar incidents in the East China Sea it does not “react in an emotional manner” and is careful to avoid escalation.

The Chinese vessels were exercising the UN Convention on the Law of the Sea supported right of freedom of navigation on the high seas. Yes they were in the Australian EEZ and this may have added an element of knee-jerk nationalism to the Australian reaction. But as the U.S. never tires of pointing out, EEZs are “international” waters for purposes of navigation by warships.

What was the P8A doing that prompted such a response? Some try to place the incident in a wider context. They speculate that China’s leadership was sending an assertive message to Australia– ‘leave our legitimate missions alone’. Others opine that the incident was more serious than usual and somehow “crossed a red line”. Others maintain that the details and reactions are particular to this encounter.

It would be useful to know which of these apply, if any.

The warships may have been accompanied by a submarine. The main advantage of submarines is stealth. The P-8A is a submarine hunter and according to an article in the Chinese government affiliated Global Times dropped sonobuoys near the vessels. Sonobuoys can be used to detect submarines for potential tracking and, if necessary, targeting. If the P-8 was attempting to ‘out’ a submarine, China may have seen that as a threat, or at the very least an ‘unfriendly’ act.

Another Global Times article alleged that sonobuoys can also be used to gather information on the performance capabilities and signatures of surface vessels. Was the Australian aircraft crew doing either of these? If so, the question then becomes who was trying to intimidate the other?

The US produced P8As are armed with torpedoes, Harpoon anti-ship missiles and other weapons. Reportedly the closest it came to the Chinese warships was 2.4 miles. Did the Chinese commander consider this an ‘unsafe’ distance, harassment or a ‘provocation’, and if so, why?

Then there is the technical question of what exactly was the intent of using the laser? Australia’s Department of Defence said that the “illumination” was ”unprofessional and unsafe” and that it could have “endangered the safety and lives of the Australian personnel.” But was that the intent and did it do so?

A military grade laser can be considered dangerous for two reasons. It can be used to “paint” a target before firing at it. Such use is indeed widely considered a hostile act. Also lasers can be used to interfere with the operation of an aircraft by blinding its pilots or damaging its critical electronic systems.

But a laser can also be used as a rangefinder to determine the distance between the ship and the plane without a link to a firing mechanism. Did the laser target the cockpit or the plane as a whole?

Shining a laser at a plane is an unfriendly act. But it is not a violation of international law and does happen frequently for various reasons. The closest relevant guidelines governing the uses of lasers at sea are the Code for Unplanned Encounters at Sea (CUES) Both China and Australia have agreed to this Code. But it is non-binding and its provisions are open to interpretation. Moreover, the Australian Defence Force had been tracking the surface vessels for days so it was not an “unplanned encounter” and it is not clear if CUES applied.

CUES provides that “When conducting exercises with submarines, surface naval ships should consider the display of the appropriate signals from the International Code of Signals to indicate the presence of submarine(s) in the area.” But this goes against the very nature and purpose of submarines and is routinely ignored by submarine operators worldwide.

CUES also provides that officers in charge “need to consider the potential ramifications before engaging in actions which could be misinterpreted”. Such actions include aiming guns, missiles, fire control radars, torpedo tubes or other weapons in the direction of vessels or aircraft encountered. But again was the laser used as a fire control device or a range finder?

Such unwelcome actions also include illumination of aircraft cockpits and the use of a laser in such a manner as to cause harm to personnel or damage to equipment onboard vessels or aircraft encountered. But was the laser aimed at the cockpit and did it cause harm? Were the pilots wearing protective goggles?

The same CUES recommends avoiding the discharge of signal rockets, weapons or other objects in the direction of vessels encountered. Did the aircraft’s dropping of sonobuoys near the vessels go against this recommendation? After China revealed that the Australian plane dropped sonobuoys near its ships, the Australian Ministry of Defence ‘updated’ its explanation. It stated that the aircraft “detected the laser that was aimed at it when it was 4.8 miles from the vessel in question and at an altitude of 1,500 feet.” It also claimed that “it dropped the sonobuoys only after the laser was detected and that they landed a significant distance ahead of the PLAN vessel.” This release of information in dribs and drabs raises questions as to what is the real full story.

Finally, did either interfere with the others’ command and control systems —another act that CUES recommends against?

The point is that there are many questions that need to be answered before jumping to conclusions and assigning blame. There may be enough to go around.