China-Australia: What is the intelligent person supposed to think?

I speak Mandarin having studied it at University. A friend of mine, who also studied Chinese with me commented that Australia was foolish in becoming the aim of Beijing’s displeasure. He argues money is money and you don’t bite the hand that feeds you. I agreed with him. Another friend of mine said Chinese actions in Hong Kong and against the Uighur people were intolerable and we should make a stand. I agreed with him too. In fact, I wrote an article for a paper that an editor described as racist.

Which it may have well been; China scholars can go off about the Chinese very personally. The point being I was at the end of my tether with the Chinese. After achieving so much why throw away the advantages it has as an independent non-aligned country with something as ridiculous sounding like a ‘Wolf Warrior” diplomacy?

However, the Chinese are on the ascendancy and the US has just come out of a crippling war, still in a seemingly uncontrolled plague and finally, a very disturbed President Trump being ousted in a general election that was sizing up to be a civil war.

What is Australia’s, not America’s interest? With one in ascendancy, the other having fallen hard lately, it would seem an obvious choice. China. But there is a problem in that China may hold the wallet but America has our heart. Not that we all worship the US, to put it simply the Americans can access our society in a way the Chinese will never be able to.

Yet the diplomatic forecast for Australia as America’s friend is bad to worse. Even the Kiwis have forsaken us. Unless the Americans make some sort of stand against the Chinese we are going to be in deep trouble. And I believe that may not happen. Or to put it another way has not happened yet and may not happen at all.

Recent trade talks in Anchorage, Alaska, seemed to consist of two gorillas coming together to beat their own chests and then go home. Both sides said they won. Maybe they both did, maybe they didn’t. What was clear though was that Australian interests are still being hurt.

At present in China, the American multinationals and the Chinese businesses are carving up the financial markets between them as part of an agreement signed by Trump that Americans have access to those markets. American exports have also taken over where Australian suppliers were cut off but that does not matter so much, Australian exports tend to raw materials that can go anywhere in the world.

That seems all very well and good and pretty obvious to everyone but the Prime Minister of Australia, Scott Morrison. Instead of slipping under the radar until the Americans can either get their act together or simply go away he keeps attacking the Chinese on their most vulnerable points. Or is he simply playing to right-wing constituents, of which there are many; and finally the American and Western interests in this country, of which are many. I also believe that Prime Minister Morrison has made more diplomatic faux pas in the last year than could ever be related to just making the odd mistake.

This idea of war with China is incomprehensible, we wouldn’t win. But on the other hand, would the Chinese be prepared to lose so much in attempting it? Or with the US on the wain would it make a tempting target for China’s leader Xi Jinping? I used to like Xi, but he is over-reaching himself in thinking control of China is control of the world. So what do I think? I think Xi Jinping should have given up the chair for a successor as he now has a never-ending supply of enemies.

Xi did extremely well in looking after China for a long time, guiding an impoverished, rural nation, into the urban powerhouse it is now. Should he hang around though, he will always looking under the bed for enemies and acting accordingly

I fear he will become another Mao Zedong. If Mao had died when he was fifty we would of gone down as the greatest leader China has ever had and worthy of the praise. However, he ended up causing the Cultural Revolution and a couple of other disasters that took many accolades away from him.

Does this mean that Xi does not have worldly ambitions? Maybe, but the view from Beijing is the only view that counts for a leader of China in the end.

So I come to the end of this story standing exactly where I started. Jumping from one foot to another trying to avoid being caught in-between. Will US President Biden be up to a confrontation with the Chinese? Will our prime minister learn that there are long term consequences for short term political gain? Will the Chinese win in my lifetime and we must pay tribute to Beijing? (Not that worries me, the lack of taxes paid by US multinationals in Australia is already a tribute).

In the end, Australia has gone from a very good relationship with China to an appalling mess while our present ally in the US has other fish to fry. 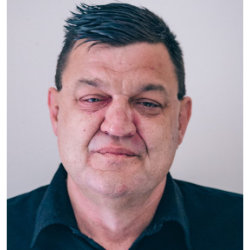