The Covid-19 pandemic has brought about an unprecedented mobilisation of advanced biotechnology globally. Progress in developing, testing and deploying vaccines has proceeded with breathtaking speed. China-Russia collaboration is helping to get cheap and effective Covid-19 vaccines to the developing world.

Hardly more than a year after the pandemic started, scores of millions of people are being immunised through newly developed vaccines with proven effectiveness against the Covid-19 virus. A technological and logistical basis now being laid will permit rapid responses to mutant strains as well as to future pandemic threats that may arise.

All is not well, however.

At present vaccination rates, it could take as long as seven years to reach levels of immunity sufficient to eliminate Covid-19’s spread. Production capacities are wholly inadequate to meet the demand, with the lion’s share of vaccines going to wealthy countries.

Russia and China are rising to the rich versus poor challenge by supplying much-needed vaccines to nations that would otherwise be far down on the global list. While the US and EU remain preoccupied with their own Covid-19 problems, Russian and Chinese companies are forming partnerships with each other and countries around the world.

That “vaccine diplomacy” success, however, is already starting to raise concerns in the West.

Russia’s Sputnik V vaccine, originally poo-pooed in the West as a mere publicity stunt by President Vladimir Putin, has not only proved to be one of the most effective vaccines – providing more than 90% protection – but also is inexpensive and easy to use.

Unlike other Covid-19 vaccines, Sputnik V can be stored in ordinary refrigerators at between two and eight degrees centigrade. Together, a first and second (booster) dose cost a mere US$20.

Kirill Dmitriev, director of the Russian Direct Investment Fund (RDIF), the national sovereign wealth fund that has been sponsoring the development and marketing of Sputnik V, emphasized that the Russian government sets a high priority on supplying the home-grown vaccine to developing countries.

To ensure sufficient supplies, the RDIF is negotiating with prospective manufacturing partners in China, India, South Korea and possibly others. The target is to produce enough this year to protect at least 500 million people outside of Russia.

Russia-China cooperation in this field has strategic importance.

Until recently, China’s vaccine industry was considered a relatively minor player internationally. But the race to develop and deploy Covid-19 vaccines has provided China the impetus to massively upgrade its capacities while establishing itself as a major global supplier.

Covid-19 vaccines by at least four Chinese producers are in final, Phase III trials in a dozen countries, with more in the pipeline. The two presently leading Chinese vaccines, produced by the Sinovac and Sinopharm companies, have already been administered to many millions of people in emergency vaccination campaigns in the developing world.

In Turkey alone, more than one million people have been vaccinated with the Sinovac vaccine, with another 10 million doses expected to arrive soon. Indonesia has ordered 125 million doses. The list of developing nations taking shipments of Chinese-made vaccines goes on.

China’s producers have already gained footholds in Europe. Thanks to the arrival of a million vaccine doses from China, Serbia’s seven million population now has the highest vaccination rate in Europe outside of Britain.

Hungary, already vaccinating with Sputnik V, reportedly has ordered five million doses of Chinese vaccines. This occurs against the background of scandalous delays in the procurement of vaccines by the European Union.

The Sinovac and Sinopharm vaccines are both of the classical “whole virus” variety, using injection of inactivated Covid-19 virus particles to induce immunization.

Although both have been proven safe and exceed the World Health Organization benchmark of at least 50% efficacy, they may fall below the levels that are being attained by more recent innovative approaches.

Convidicea operates on the same basic principle as Russia’s Sputnik V, using a modified adenovirus as a “vector” to carry genetic information into body cells (see explanation below).

The relationship between the two suggests possible advantages of combining them in a scenario where one would be used for the first inoculation, followed by the other as a booster. It is mooted that CanSino has made an agreement with the Russian pharmaceutical giant Petrovax Pharm to carry out tests of this combined regime.

In the meantime, Petrovax is already cooperating with CanSino Biologics in carrying out an ongoing international Phase III clinical trial of the Chinese vaccine, involving 40,000 volunteers with at least 8,000 of them in Russia.

Petrovax announced the intention, once the study is completed, to produce 10 million doses of the Chinese vaccine per month, using planned expansion of its production capacity. Petrovax, which is owned in part by the Russian oligarch Vladimir Potanin, will have exclusive rights to market it in Russia and the CIS countries.

Notably, CanSino Biologics has also signed an advance purchase agreement with the Mexican government to supply 35 million doses of its vaccine.

To put all of this into context it is useful to recall some ABCs of vaccines and so-called vector-based vaccines in particular.

The purpose of vaccination is to “train” the immune system to recognize and neutralize the attacking virus. Immune system cells are always on the lookout for foreign entities (antigens) which get into the body.

The task is to provoke the immune system to build up targeted defenxes in a preemptive fashion by presenting it with suitable parts of the Covid-19 virus, or alternatively with “dead” or inactivated virus particles.

Practically all approaches choose Covid-19’s so-called spike protein as the provoking agent. This complex protein constitutes the characteristic spoke-like protusions of the Covid-19 virus, by which it attaches itself to body cells. It is easy to imagine that immune defences able to detect and target this protein will be especially effective against the virus.

While the classical vaccine strategy is to inject suitable antigens into the body from outside, the recent innovative approaches work by getting the body to produce the antigen itself.

The obvious way to do this, in the case of Covid-19, is to provide body cells with the genetic “blueprint” for the production of the spike protein, in the form of either an RNA or DNA molecule. Among the well-known names, the BioNTech/Pfizer and Moderna vaccines take the path of RNA; Sputnik V, Convidicea and the AstraZeneca vaccine, DNA.

Sputnik V and CanSino Biologic’s Convidicea vaccine are innovative, so-called vector-based vaccines. They utilize a genetically-modified virus as a transport mechanism – a “vector” – to carry the gene for the spike protein into cells.

Why use a virus as a transport vehicle? Because this is exactly the sort of thing viruses naturally do: they are “designed”, so to speak, to latch on to the outer membranes of cells and smuggle themselves or at least their genetic material inside.

Once infected by the vector virus, the cells start producing and excreting Covid-19’s spike proteins into the surrounding area, thereby activating the machinery of the immune system.

Sputnik V and Convidicea both utilize adenoviruses: a virus type which typically infects cells of the respiratory tract of man and various animals – but genetically modified in such a way that it is no longer able to replicate itself, and is therefore harmless.

Adenoviruses are not only able to enter into the cells, but can actually get into the nucleus (which is much harder), carrying the gene for Covid-19’s spike protein with them.

One of the advantages of using this sort of virus as vector lies in the fact that the genetic material is encapsulated inside the virus particle and relatively well protected from the outside environment, making the vaccine more stable and easier to store than the RNA-based Biontech/Pfizer and Moderna.

In the latter, the RNA is “packaged” in lipid nanoparticles, resulting apparently in a less stable product requiring lower storage temperatures.

While some of the Covid-19 vaccines are designed to work with a single dose, there is reason to believe that using a second, “booster” injection generally provides a much higher degree of protection.

In this context, vaccines that utilize a virus vector encounter the problem that the body may develop a certain amount of immunity to the vector itself, making a second injection less effective.

Sputnik-V circumvents this problem by using a different variant of the vector virus for the booster. Since the Chinese Convidicea vaccine utilizes still another variant, one could get a similar enhanced effect by using it together with Sputnik V as the booster or as the first injection. Evidently this is presently under consideration.

To be sure, Russian and Chinese vaccine companies and research institutes are cooperating in various ways with counterparts all over the world, including in the US and Europe.

Even allowing for the inevitable competition and vaccine diplomacy, the development of Covid-19 vaccines has benefitted from an extraordinary degree of international cooperation in the face of a common, lethal enemy. 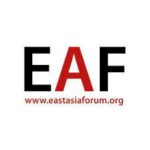