China, the US and Nixon’s legacy 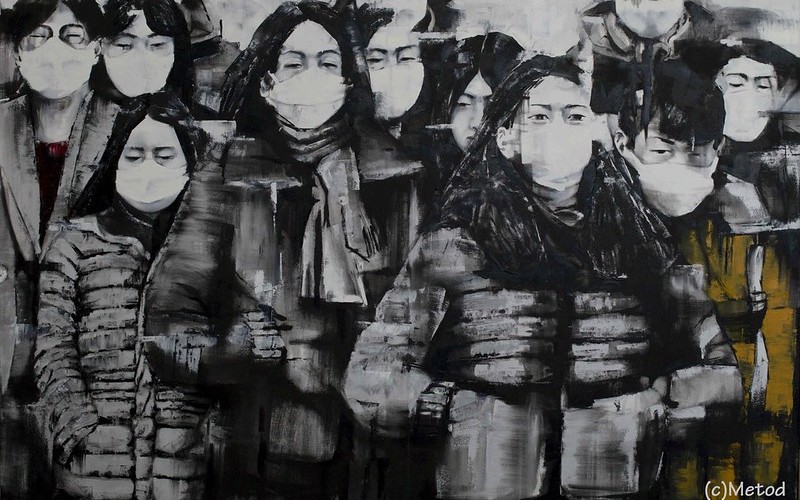 Hong Kong has a very low figure compared with the eastern Australian experience. But as it is part of COVID-Zero-China, it has to adopt radical measures to control its fifth wave. (Image: Flickr / Jiri Metod)

In Asian media this week: Nixon, Mao and the Taiwan question; Dutch apology for violence in colonial Indonesia; HK battling to get to COVID-zero; no room for losers in Beijing 2022; and women beating men in Japan

Readers whose fascination with foreign policy is of long standing will remember where they were when the turned on their TV sets and saw, in black and white, Richard Nixon land in Beijing and then go on to meet Mao Zedong and Zhou Enlai.

The events of the week that changed the world took place 50 years ago this week and the Chinese media have marked the occasion with some stern warnings about Taiwan, and an odd note of nostalgia.

One of China Daily’s articles zeroes in on China’s understanding of the  US position on Taiwan, going back to the 1970s and 80s.  Written by Tao Wenzhao, an honorary member of the Chinese Academy of Social Sciences, it said three joint communiques between China and the US from that era embodied the one-China principle in its entirety.

Now, the US said it did not support Taiwan’s independence yet it kept on trying to prevent China’s national reunification. “It wants to keep the two sides of the Straits separated so it can use the island as a card to contain China’s development,” Tao said.

“The Biden administration should remember what former president Barack Obama said… ‘For China, the idea of one China is at the heart of their conception as a nation’.”

Dennis V. Hickey, an American academic living in Beijing, said in a China Daily piece that both Nixon and Henry Kissinger had stressed that negotiations with the Chinese leaders focused largely on issues other than Taiwan.

“This is incorrect,” Hickey wrote. “According to declassified US documents, during Kissinger’s first meeting with Zhou Enlai in 1971, discussions largely focused on Taiwan and Vietnam.

Global Times said in an editorial that after 1949  failure to adapt had led to a gap between China and the US.  But Nixon and his generation had crossed that gap. “The US is feeling ‘inadaptable’ to China again,” it said. “Washington needs to refresh its understanding and make a new start… Washington shouldn’t step back from Nixon’s legacy…”

The Netherlands’ Government set up an expert review some four years ago of Dutch military actions used in trying to crush Indonesia’s independence in the years following World War Two.

According to the Indonesian news website Tempo.Co, the study led Prime Minister Mark Rutte to apologise to Indonesia for the military’s excessive violence.

“We have to accept the shameful facts,” Rutte said.

But his apology was criticised in both Indonesia and the Netherlands. The Jakarta Post ran several articles on the matter, one quoting experts as decrying the absence of such words as “war crime” and “crime against humanity”.

“Researchers found the Dutch used large-scale, extreme and systematic violence with the approval of the senior military and political leadership to regain control at all costs,” the article said.

“The findings shattered the long-held official Dutch line that there were only isolated incidents of excessive violence by its forces as the colony it had held for 300 years broke away.”

Historian  Marjolein van Pagee said in a commentary the aim of the project was damage-control  to serve the interests of the Dutch State.

“That the project is not independent is also reflected in the deliberate avoidance of the term ‘war crimes’, which has a stronger meaning within a legal context… This was a smooth cover-up by the Dutch government.

“The 4.1 million euros (the report cost) were spent only to stop Indonesians from going to court.”

The Post, however, took a more magnanimous line. It noted in an editorial that President Joko “Jokowi” Widodo had rightly refrained from commenting immediately on Rutte’s apology.

“Indonesia from the very beginning has decided to move forward, rather than becoming prisoner of the bitter past,” the Post said. “The issue has never been made a big fuss.

“Indonesia has also shown the same maturity toward its other former colonial master Japan, which occupied Indonesia for three and a half years until 1945.”

Omicron brings HK to its knees

Hong Kong adds about 9,000 new COVID-19 cases a day, a very low figure compared with the eastern Australian experience with the Omicron strain. But as it is part of COVID-Zero-China, it has to adopt radical measures to control its fifth wave.

Next month, it will start mass testing of all residents. According to the South China Morning Post,  three tests will be conducted on the whole population.

The paper also reports Hong Kong will invoke an emergency law to allow mainland doctors and nurses to treat COVID patients in a temporary hospital to be built near the border with the rest of China, without the need for licences or registration. Construction workers from China will be allowed to build new hospitals, without having to get work visas.

A detailed report in the paper said Omicron has brought Hong Kong to its knees. The latest wave, it said, was started by aircrew members, including two who flouted quarantine rules after returning from overseas.

Under China’s strategy of “dynamic zero-infections” Hong Kong had to isolate every COVID-positive person in designated facilities. “With just 7,100 beds… set aside for COVID-19 patients, thousands of new daily cases have quickly pushed the public health care system to its limit,” the paper said.

China’s media applauded Beijing’s hosting this month of the Winter Olympics, as they were bound to do. But assessments in other regional media were not so enthusiastic.

Global Times, Beijing’s leading English-language booster, said the worldwide popularity of the games highlighted the failure of the diplomatic boycott and showed the enduring charm of human resilience and unity.

In its usual no-holding-back style, an editorial said: “Starting with freshness and romance and ending with joy and praise, the Beijing 2022 Winter Olympics … have brought warmth and hope to people from all over the world in the cold winter of the pandemic.”

To China Daily, the games left a historic and precious legacy. It ran a commentary by Zhang Laiming, vice-president of the State Council’s Development Research Centre. “[The games] brought enthusiasm, strength and hope to the world facing so many adversities,” Zhang said.

Hong Kong’s South China Morning Post published an equivocal report by China Reporter Kinling Lo. The heading asked: “ [W]ill China’s hosting win medals for diplomacy?” but the article could not give a positive answer to the question.

It reported International Olympic Committee president Thomas Bach as praising the level of excellence the Games achieved. But it also quoted Heather Dichter, an Olympics expert at De Montfort University in England, as saying the diplomatic achievement was limited. She said: “The Olympics did not bring China diplomatic or geopolitical gains. The focus on other issues such as human rights and press freedom became more widely known across the world.”

The issue of human rights was taken up in an editorial in Japan’s The Asahi Shimbun. Beijing 2022 showed how the Olympics had  lost sight of an ideal. Thomas Bach had said the Olympic spirit has shone so brightly. “Nothing could have been further than the truth,” the editorial said.

“The 17 days of the so-called festival of peace unfolded in an eerily muffled space totally isolated from the rest of the world…[T]here was little talk about China’s dismal human rights record, a matter of global concern… The Winter Games also raised many questions about the IOC’s commitment to its tenets and responsibilities, such as promoting human dignity.”

Elizabeth Law, China correspondent for Singapore’s The Straits Times, said in a commentary that three things would appear true to people who watched the games only on Chinese media: that skier Eileen Gu was that sole athlete who mattered; that China had no representatives in women’s figure skating; and there was no doping scandal involving a Russian skater.

Figure skater Zhu Yi fell several times in her teams event. When she competed in her individual event, the main TV channel cut to a series of ads. When the US and China competed in hockey, the match was not shown on the main sports channel and the 8-0 score was mentioned only briefly in sports reports.

“The world’s second-biggest economy is still somewhat fragile superpower when it comes to sports,” Law said… “This is a country that has no room for losers.”

Women in Asia have been playing key roles in business for decades. But now they are surging ahead in the professions, too. The Asahi Shimbun reported that women’s pass rates in entrance exams for Japan’s medical schools beat the men’s last year.

Officially, this is for the first time. But the government had found that several schools were fiddling with the scales to limit the number of women who could pass.

“In 2018, 10 university medical schools were found to have discriminated against women by deliberately lowering their entrance exam scores,” the paper said. “This triggered an investigation by the [education] ministry.”